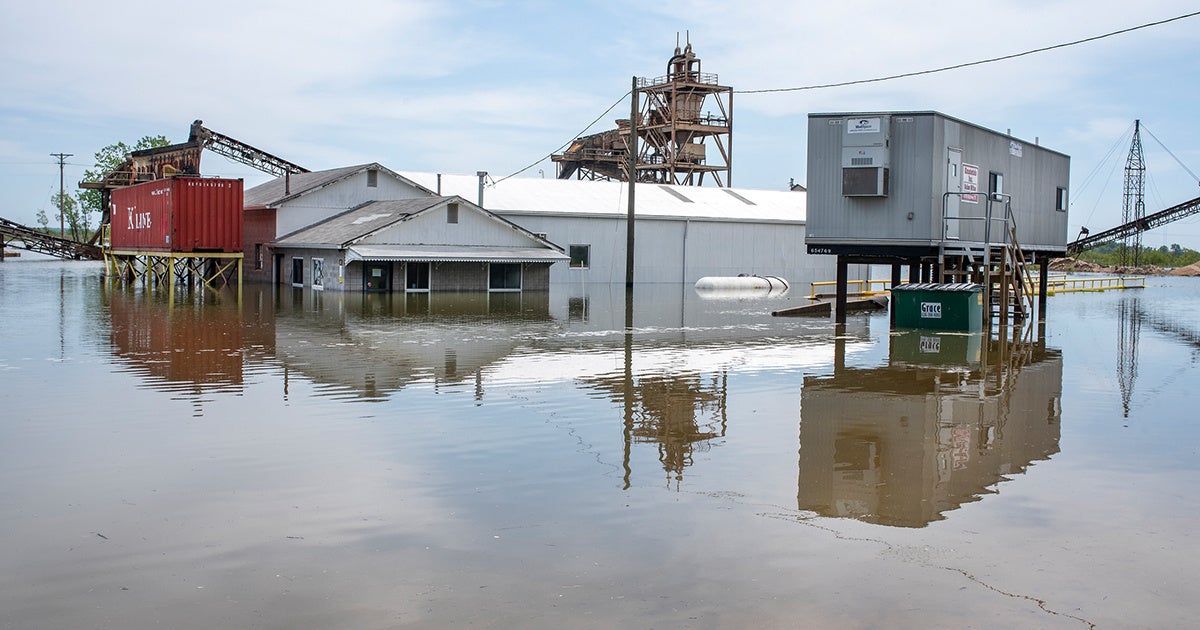 Update, May 31: Another Republican Congressman has foiled a third attempt by House Democrats to pass a $19.1 billion disaster package Thursday, Reuters reported. The Senate finally passed the long-delayed bill last week before lawmakers left Washington for the Memorial Day recess. The House has tried and failed three times since then to pass the bill by unanimous consent before Congress people return in early June, at which point it is expected to pass easily. The House did manage to pass a temporary extension of the national flood insurance program, which was set to expire Friday.

The Congressman who blocked Thursday’s passage was freshman Tennessee Representative John Rose, who objected to approving such a large expenditure without a full vote, The Washington Post reported. Both Republicans and Democrats have criticized the objections of Rose and two other Republicans for holding up aid long-awaited by the survivors of various climate-change related disasters that have beset the U.S. in recent years.

“We were sent to Congress to solve problems, not to make them worse,” New York Democratic Representative and House Appropriations Committee Chairwoman Nita M. Lowey said, as The Washington Post reported. “Yet House Republicans have again delayed desperately needed relief for American families and communities — even as tornadoes and storms continue to hit the Midwest. It is beyond comprehension that anyone would think 15 minutes of fame is worth making disaster victims, like those in flood-battered Tennessee, wait even longer for the help they need.”

President Donald Trump has agreed to sign a $19.1 billion disaster relief bill that will help Americans still recovering from the flooding, hurricanes and wildfires that have devastated parts of the country in the past two years. Senate Republicans said they struck a deal with the president to approve the measure, despite the fact that it did not include the funding he wanted for the U.S.-Mexican border, CNN reported.

The bill passed the Senate 85 to 8 Thursday, just after a tornado warning sounded in the Capitol building, The New York Times reported. It also included 0 million to help Puerto Rico recover from Hurricane Maria, something Trump had initially objected to.

House leaders say they will try to pass the bill Friday using unanimous consent. Though if anyone objects, they will have to wait until representatives return from the Memorial Day recess in early June.

The bill is intended to meet the needs of Americans who have suffered the impacts of extreme weather events largely influenced by climate change. Global warming made some of the precipitation-heavy storms responsible for record Midwest flooding more likely, sparked the hot, dry conditions behind California’s deadly 2018 wildfires, and played a role in the intensity and rainfall of Hurricanes Michael and Maria respectively.

Congress has not passed a disaster relief bill since February 2018, before Hurricanes Michael and Florence, California’s 2018 wildfires and record Midwest flooding this year. Such bills usually pass quickly with bipartisan support, but this time there were difficulties, as Trump initially opposed more funding for Puerto Rico and then requested money for the influx of asylum seekers at the U.S.’s southern border.

“Each time the president messes in, things get messed up,” Senate Democratic leader Chuck Schumer said, as Reuters reported. “So I suggested this morning that we just do disaster aid and no border, and that’s what we’re doing … We got all we wanted for Puerto Rico.”

While negotiations continued, some food aid to Puerto Rico had expired in March, The New York Times said. The new bill includes more nutrition assistance for the island, Reuters reported.

CNN gave a run-down of the bill’s contents:

A summary of the bill written by the office of Sen. Pat Leahy, the top Democrat on the Appropriations committee, said the deal included more than billion to “repair damaged infrastructure” and to “reduce the risk” of floods and hurricanes in the future, about billion to “rebuild our military bases and coast guard facilities,” billion to support farmers, .4 billion for Community Development Block Grants to “rebuild and mitigate future disaster,” 5 million for food benefits to Puerto Rico and an additional 4 million in aid to Puerto Rico.

The Senate said it would tackle funding for the humanitarian situation at the border after the recess.

“Some of this money is badly needed, and there’s no dispute about that,” Leahy said, according to Reuters.