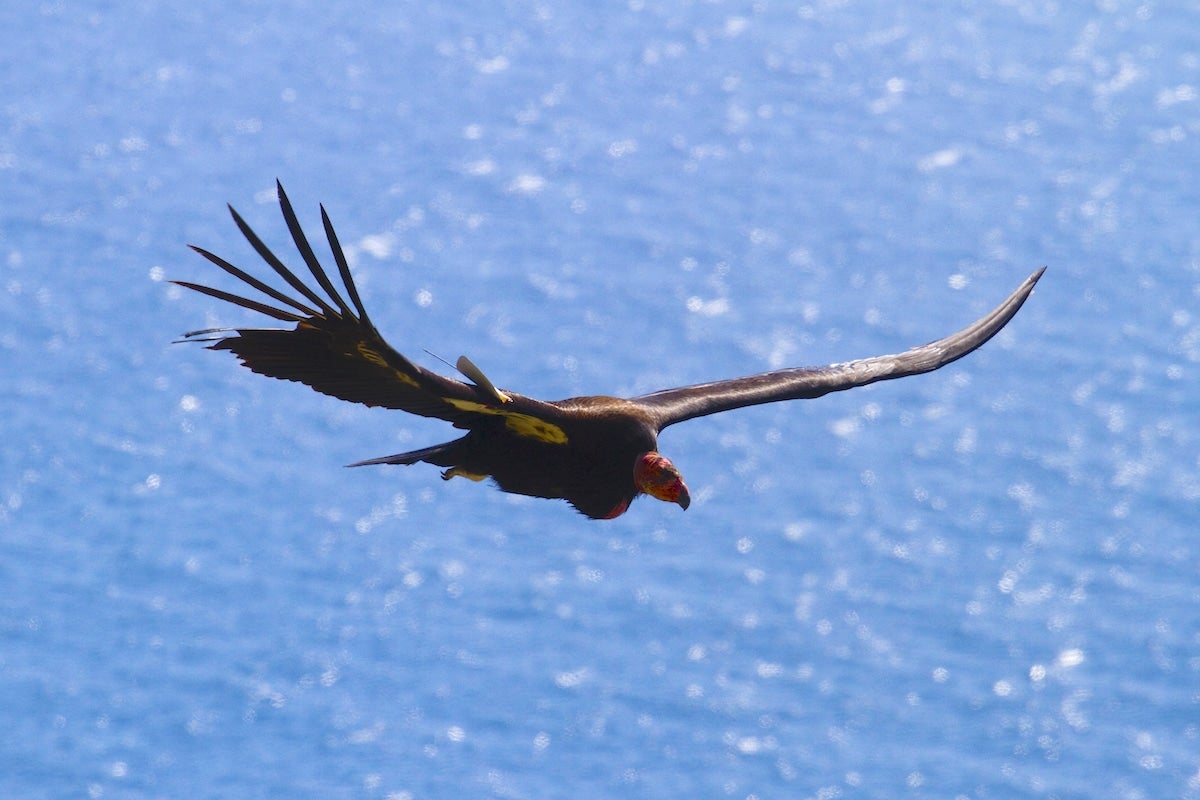 Despite being banned since the 1970s, DDT and PCBs are still affecting wildlife today, particularly the California condor, a critically endangered species. The condors feed on dead marine life along the California coast that often contain higher amounts of contaminants compared to marine life elsewhere.

The researchers further found over 400 contaminants in total in the marine life samples, which are a common food source for the condors.

“This kind of broad survey of contaminants shows us that the condors and the marine mammals have a multitude of contaminants that have never really been examined before, especially in detail,” explained study co-author Nathan Dodder, an analytical chemist and research scientist in the School of Public Health at SDSU and the SDSU Research Foundation. “The non-targeted contaminant analysis we used not only identifies known legacy contaminants, but has the added advantage of identifying novel contaminants, in addition to known but less-examined contaminants that are not routinely screened.”

DDT (dichloro-diphenyl-trichloroethane) was banned in 1972, and PCBs (polychlorinated biphenyls) were banned in 1979. But since these endocrine-disrupting chemicals do not easily or quickly break down, they still persist in the environment. For condors, these contaminants have been linked to the thinning of egg shells, causing reproductive disruption in the critically endangered species.

In 2021, scientists found at least 27,000 barrels laced with DDT off the coast of California, as DDT waste was formerly dumped into the oceans. This chemical, formerly a widely used pesticide, was banned due to its negative environmental impacts and threats to public health.

In the 1980s, the California condor was nearly extinct, with just 22 individuals remaining. A captive breeding program has helped the species recover and return to the wild, but these birds are still vulnerable to several threats, including lead poisoning and electrocution from power lines. The high levels of contaminants in condors around the California coastline raises further concern, and more research is needed for some of the other contaminants, aside from DDT and PCBs, that were found in the study.

“These findings can help inform management of the Baja flock as it continues to grow,” noted co-author Christopher Tubbs, associate director of reproductive sciences at SDZWA. “Some of the contaminants present in marine mammal samples that we collected are ‘unknown’ in terms of their structure and potential to disrupt hormone function. This study exclusively looked at one hormone pathway, estrogen, but many of the contaminants identified are well known to interfere with multiple hormone pathways. These warrant further study.”