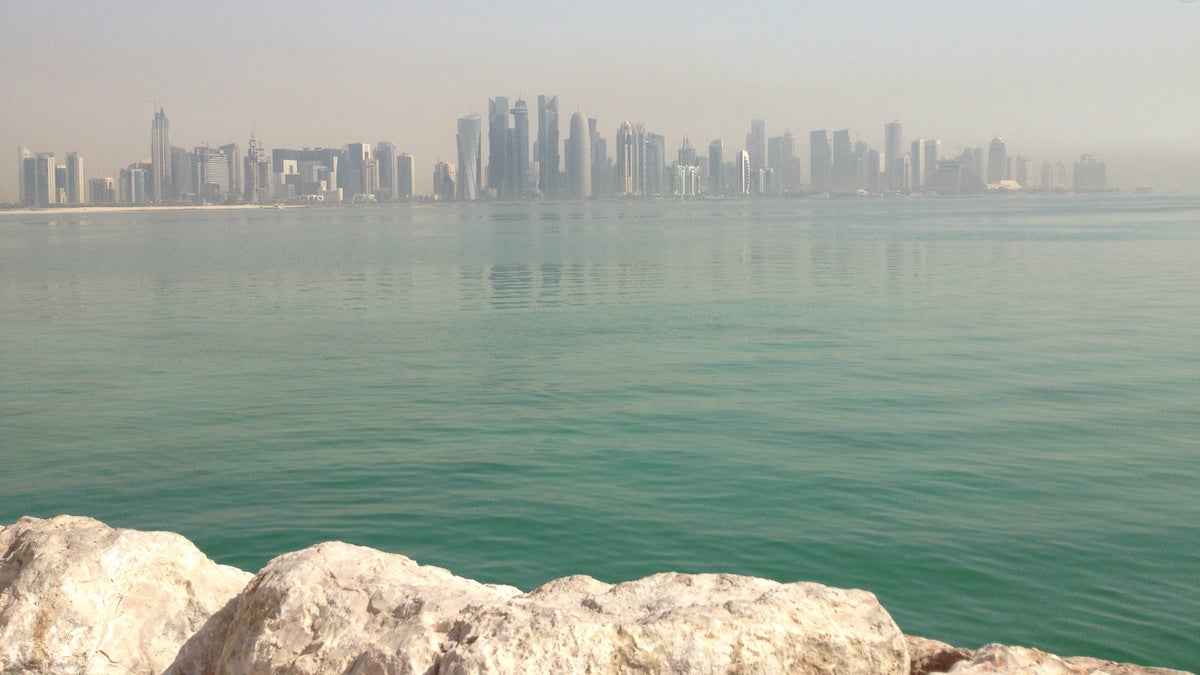 Doha, Qatar is one of the cities that has experienced heat and humidity combinations past the threshold for human survival. Helen_In_UK / iStock / Getty Images Plus

For years, researchers have warned that the climate crisis could expose people around the world to a potentially deadly combination of heat and humidity later in the century.

Now, a new study published in Science Advances Friday shows that the conditions scientists thought were decades away are already here, and increasing.

“I was astonished by our findings,” study coauthor Radley Horton of Columbia University told CNN. “My previously published study projected that these conditions would not take hold until later in the century. We may be at a closer tipping point than we think.”

Potentially Fatal Combinations of Humidity and Heat Are Emerging Across the Globe
U.S. Gulf Coast Among Regions Hit With Conditions Not Expected for Decadeshttps://t.co/GnXs5kbAZX pic.twitter.com/q74rpvDM23

At stake is the human body’s ability to withstand a certain combination of heat and humidity. When temperatures rise past 35 degrees Celsius, humans have to sweat to maintain their ideal body temperature, the study explained. But when it gets too humid, this is no longer possible. The combination of heat and humidity is calculated by something called the wet-bulb temperature, measured by wrapping a wet cloth around a thermometer and seeing how much it is cooled by evaporation, as EcoWatch explained previously. When humidity reaches 100 percent, the cloth has no effect. Wet-bulb temperatures of 35 or higher are too much for even healthy humans to survive outside for more than six hours, but wet-bulb temperatures much lower than that can still cause problems for human health. The deadly European and Russian heat waves of 2003 and 2010 respectively saw wet-bulb temperatures of only 28 degrees Celsius.

“It’s hard to exaggerate the effects of anything that gets into the 30s,” study coauthor Colin Raymond, a former Columbia Ph.D. student now at NASA’s Jet Propulsion Laboratory, said in a Columbia University Earth Institute press release.

Previous observations had indicated that the 35 degree threshold had never been breached and that there had only been a few recordings of wet-bulb temperatures above 33 degrees, the study explained. But climate models had indicated that, without emissions reductions, such temperatures would be common later this century in parts of South Asia and the Middle East.

We find many values near, & a few briefly right at, the survivability limit for prolonged exposure. Just about the whole Persian Gulf shoreline has seen wet-bulbs >=33C at some point… (this is something like a temperature of 40 and a dewpoint of 31)

The study turned up such different results because it used a different method, as Scientific American explained. Previous studies had considered wider areas over several hours, but this study looked at data from more than 7,000 weather stations since 1979.

The highest readings were recorded 14 times along the Persian Gulf, including in Doha, Qatar, where the 2022 FIFA World Cup is scheduled to take place, CNN reported. High wet-bulb temperatures were also recorded multiple times in India, Bangladesh, Pakistan, northwest Australia, the Red Sea coast and the Gulf of California in Mexico, according to the Earth Institute.

In the U.S., high temperatures were recorded dozens of times along the Gulf Coast. The worst-hit locations were New Orleans and Biloxi, Mississippi.

Extreme temperatures only occurred for an hour or two, Scientific American pointed out, meaning they are not yet at the level that automatically threatens human survival. However, heat waves are already the deadliest type of extreme weather event in the U.S., where it is relatively easier to shelter from high heat.

“This is not a problem for the end of the century, but in the present, especially in the developing world without widespread air conditioning,” research meteorologist Ryan Maue, who was not involved with the study, told CNN.

And if temperatures rise to 2.5 degrees Celsius above pre-industrial levels, wet-bulb temperatures above 35 degrees would become common in parts of the world, the study found, according to Scientific American.

“[T]he inevitability of further increases is a sobering reminder of the importance of both mitigation of the temperature rise, and adaptation to what’s already in store,” Raymond wrote in a blog post