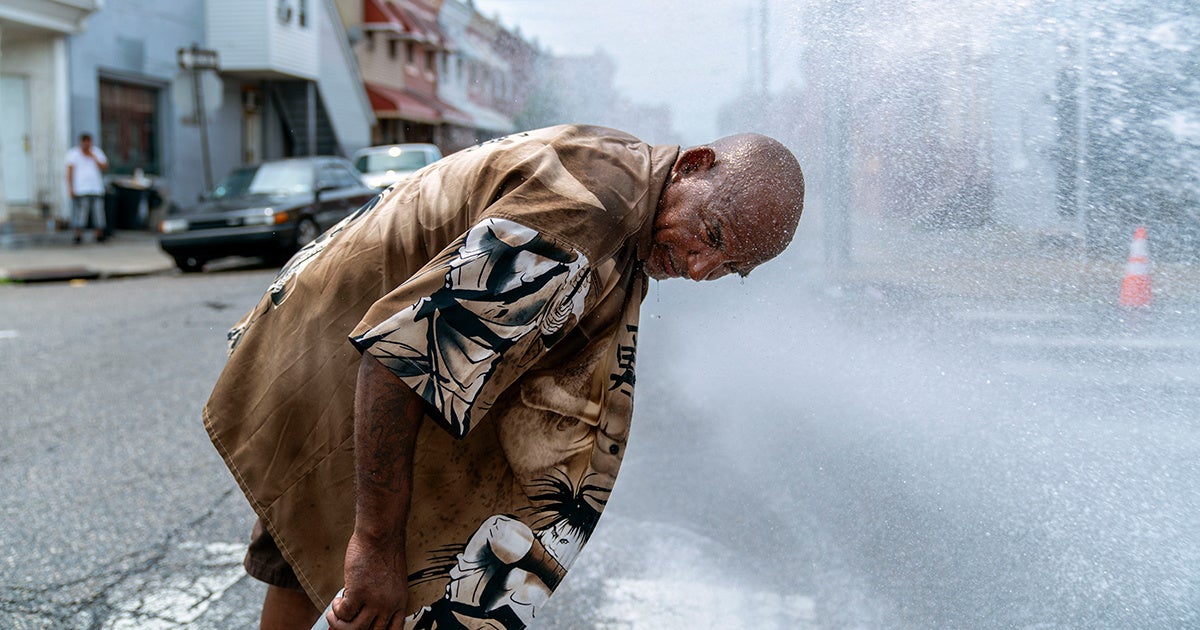 Eduardo Velev cools off in the spray of a fire hydrant during a heatwave on July 1, 2018 in Philadelphia. Jessica Kourkounis / Getty Images

Because extreme heat is one of the deadliest weather hazards we currently face, Union of Concerned Scientist’s Killer Heat Report for the U.S. is the most important document I have read. It is a veritable wake up call for all of us. It is timely, eye-opening, transparent and factual and it deals with the stark reality of our future if we do not make changes quickly (think yesterday). It is important to ensure that we all understand it. Here are 10 terms that really help drive home the messages in the heat report and help us understand the ramifications of inaction.

One of my four brothers loves to cook – and he is great at it. One day I made the mistake of calling him a cook. He quickly corrected me by saying: “Cooking is what I do, a Chef is what I am.” See the difference there? It is the same with weather and climate. In Andrew John Herbertson’s words: “Climate is what you expect. Weather is what you get.” You expect it to be hot this summer season but what you really get is a heat wave.

Global warming is a long-term increase in the Earth’s annual average surface temperature, caused mainly by increased fossil fuel emissions. So — when the Earth heats up over time, it is global warming. Climate change, on the other hand, refers to a change in the climate system of the Earth, including its weather patterns.

There should never be a time that, when the temperatures are really low, we wish for “global warming” so that the temperatures will increase — Ever. Because there will always be winters. However, the problem is that winters around the globe are getting warmer, on average — even if northern hemisphere winters have periodic extreme cold snaps in places, such as what occurs when the Arctic air blasts to lower latitudes in parts and warmer air shifts more northward at other parts with a wavier jet stream at times.

Temperature and the Heat Index

When I was in graduate school in Tennessee, the air conditioner in my apartment did not really work well. So, I would sit directly in front of the fan — DIRECTLY. If I stuck an arm or leg outside of my “fan zone” I would immediately be assaulted by what I can only equate to the infamous ‘Heat Miser’ from Rudolph the Red-Nosed Reindeer.

Outside of that zone, the heat showed no mercy and my body’s response was first shock, then intense sweat. I think of the Urban Heat Island in a similar way, except that there are no “fan zones” and very few mechanisms for relief from the heat for at-risk populations.

The UHI occurs because cities are much warmer than surrounding rural areas — cities resemble an “island” of heat among a broader “sea” of cooler temperatures. Concrete, glass, asphalt, and other surfaces that make up cities trap heat during the day and then release it at night, but it escapes much slower than it was trapped, so there is not much relief from the heat!

Temperatures do drop a little at night, so people can open their windows and doors or sit outside to get some relief. Can you imagine what it is like for our homeless brothers and sisters or people without adequate air conditioning, or whose electric bills are so high that they can not afford to turn on their fans or air conditioners? What about people whose work requires them to spend a lot of time outside, or children who play outside the majority of the time? Think about that…

When I was growing up in Mobile, Alabama, my Mom would tell my brothers and me to be careful outside when it was hot — that we could have a “heat stroke.” (She also used to say that we smelled like “the sun,” whatever that meant, when we came inside after playing outdoors so I suspect that she just did not want us to get too sweaty.)

Luckily, none of us ever had serious complications from heat. But prolonged exposure to extreme heat can cause heat cramps, heat exhaustion, or heat stroke.

Heat cramps, caused by the loss of body salts and fluids during sweating, can be painful.

Heat exhaustion is how the body responds to loss of water and fluids from heavy sweating; symptoms include headaches, nausea, dizziness, weakness, thirst and heavy sweating.

The most serious is heat stroke, which happens when the body gets so hot it cannot regulate its core temperature. People going into a heat stroke stop sweating, so their bodies cannot get rid of the excess heat, which could cause confusion, loss of consciousness, and seizures.

Heat strokes are a serious medical emergency that can result in death. Under a changing climate, the likelihood of dangerous heat-related health risks increasing is all too real. Sadly, if my Mom were to issue that “heat stroke” warning under the current and future conditions, she would probably be right.

RCPs make assumptions about how carbon emissions in the atmosphere will change in the future as a result of human activities. In other words, think of it as an “if this occurs, then this will happen” scenario for global warming.

The more immediate and impactful actions we take now, the greater our chances are of avoiding KILLER HEAT conditions, serious adverse health outcomes and the worst consequences of climate change — especially on our most at-risk populations.

Adrienne L. Hollis is the lead climate justice analyst for the Climate & Energy Program at the Union of Concerned Scientists.