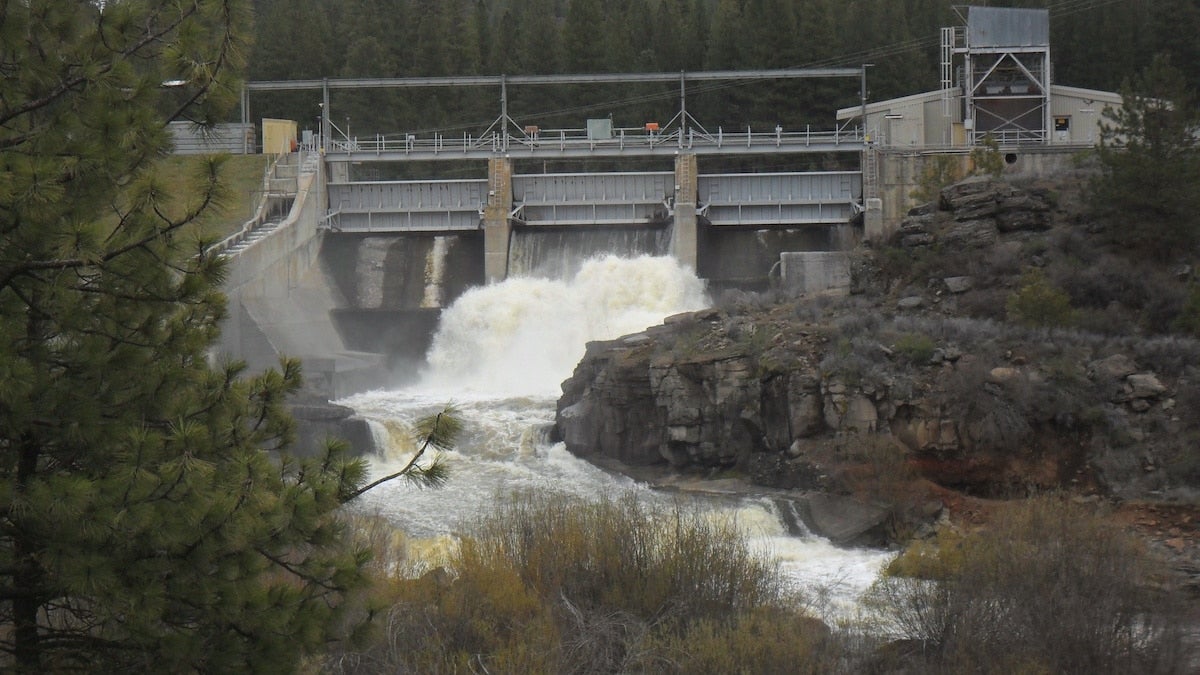 The John C. Boyle Dam is one of four dams on the Klamath River to be removed. Bobjgalindo / CC BY-SA 3.0

In a historic move to resurrect the largest dam removal project in the U.S., Oregon, California, the Yurok Tribe and the Karuk Tribe signed an agreement on Tuesday to push forward on dam removal.

The two states take on the liability of the project, along with the Klamath River Renewal Corporation, the nonprofit in charge of the demolition, after the project stalled in July.

The dam removal project is essential to the tribes in the region — the Klamath River on the Oregon-California border — and will reopen hundreds of miles of river access to salmon that have been blocked for more than a century, in what is seen as one of the largest salmon restoration attempts in U.S. history. The removal would drain large reservoirs and reshape California’s second-largest river.

The dams are not a part of the irrigation infrastructure in the region and are used only for power generation.

If U.S. regulators approve the plan, the project will remove four hydroelectric dams on the lower Klamath River. Legal challenges have stymied the plans from coming to fruition, as environmentalists and tribes had hoped demolition would start by 2022.

“The Klamath River is a centerpiece of tribal community, culture and sustenance and a national ecological treasure,” California governor Gavin Newsom said in a statement about the partnership. “With this agreement, we are closer than ever to restoring access to 400 miles of salmon habitat which will be a boon to the local economy.”

In July, the project was stalled due to questions by Federal Energy Regulatory Commission concerning cost overruns and accidents, and if the Klamath River Renewal Corporation was in a fecund position to handle any upcoming issues.

However, the new state partnership adds an influx of million to the project’s 0 budget. The million will be paid between Oregon, California, and the utility PacifiCorp as a contingency fund. PacifiCorp operates the dams and is owned by Berkshire Hathaway, one of billionaire Warren Buffett’s companies.

Back in July the FERC found it necessary to keep PacifiCorp on the project as a co-licensee, although PacifiCorp was always in line to be removed from the deal, as it promised public utility commissions in Oregon and California, to better serve its ratepayers. If left on the deal as a co-licensee, by federal law PacifiCorp could end up paying itself to install fish ladders — concrete chutes in structures that fish pass through — to help the salmon migrate to spawning waters upstream.

In the new agreement, if approved by regulators, PacifiCorp would be removed as a co-licensee.

“As Yurok tribal people, it is our sacred duty to bring balance to the Klamath River,” Yurok Tribe Chair Joseph James said in a KRRC statement.

“At its heart, dam removal is about healing and restoration for the river, for the salmon, and for our people. We have never wavered from this obligation and we are pleased to see dam removal come closer to reality through this agreement. Reaching this important milestone would not be possible without the many tribal people who have dedicated their lives to restoring the river.”