Jump-Starting the Dam Removal Movement in the U.S. 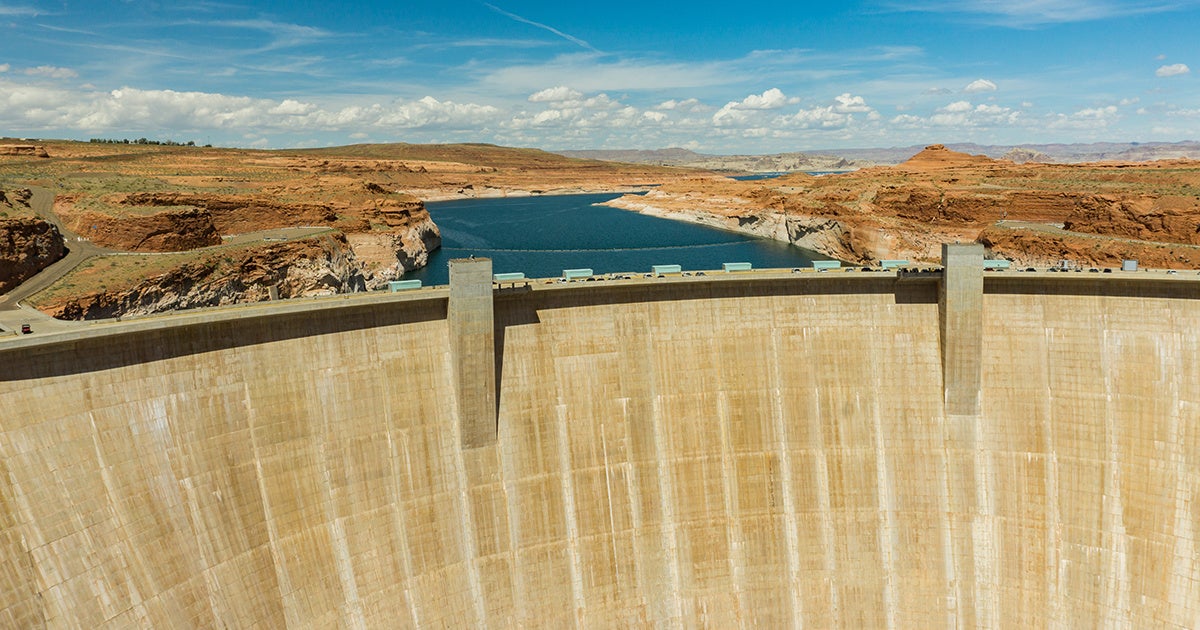 New eras often start with a bang. That was the case in September when explosives blasted a hole in a concrete dam that had barricaded Maryland’s Patapsco River for more than 110 years.

Like so many defunct and outdated dams in the United States, Bloede Dam’s impact on the Patapsco far outweighed its usefulness. Bloede produced electricity for less than 20 years. By then, so much sand and rock clogged its turbines that the dam became impossibly expensive to maintain. Instead, the power company shut it down. But for more than 100 years, Bloede stood as a monolith, blocking migrating fish, costing taxpayers millions in upkeep and drowning at least 10 people who couldn’t escape the underwater whirlpool at its foot.

Excavators are currently removing Bloede’s last vestiges. Soon, native shad, alewives and herring will migrate from the Chesapeake Bay to the shoals where their ancestors have spawned for millennia. Boaters and swimmers will reconnect with their local river. The Patapsco River will come alive and boost the entire Chesapeake Bay ecosystem.

Removing unused dams, like Bloede, is one of the most important things we can do for rivers and the ecosystems they support.

“Think of rivers as the veins and arteries of our country,” said Bob Irvin, president and CEO of American Rivers, a national river conservation organization, which also employs this writer. “Just like in our bodies, our veins and arteries work best when they are free and clear of obstructions.”

A free-flowing river supports abundant fish and wildlife and provides intangible benefits, such as a place to rest and reflect. Rivers also supply two-thirds of Americans’ drinking water. While dams can provide benefits in the form of hydroelectricity and water storage, they can also be ecologically disastrous. In addition to blocking fish migrations, human-made structures can destroy seasonal pulses of water that keep ecosystems working properly. Some dams—especially those used for power—can withdraw all the water from streams, leaving entire stretches of river bone dry.

But here’s the thing: Dams aren’t built to last forever. Most have a lifespan of just 50 years (by 2020, 70 percent of our nation’s dams will be over 50 years old). The cost of repairing and maintaining these obsolete structures can be significant—even more expensive than removing the dams altogether. In cases like Bloede’s, removal can be the preferred option for a dam owner burdened with a crumbling structure.

“Dams are not like the pyramids of Egypt that stand for eternity,” said former Secretary of the Interior Bruce Babbitt, in 1998. “They are instruments that should be judged by the health of the rivers to which they belong.”

Babbitt himself was at the riverside celebration 20 years ago, when Maine’s Kennebec River ran free for the first time in 162 years with the removal of Edwards Dam. It was the first time the Federal Energy Regulatory Commission—which licenses dams—ordered a dam to be removed because the environmental costs outweighed the economic benefits. This decision was the result of years of advocacy by conservation and environmental organizations. We at American Rivers pushed the agency to use an existing law that requires equal consideration of power and non-power values—and it worked. Today, the Kennebec River has the largest run of alewives and river herring on the eastern seaboard.

Freeing the Kennebec jump-started a dam removal movement in the U.S. Since then, American Rivers has undertaken hundreds of dam removals, and is working with partners to strengthen and advance the river restoration movement.

“Lawmakers and conservationists used to see removal as a radical, pie-in-the-sky idea,” said American Rivers’ Director of River Restoration Serena McClain, who has assisted in the removal of dozens of dams. “We’ve proven that it’s a viable, cost-effective solution that can bring significant benefits to the environment, community and economy.”

The dam removal movement continues to grow stronger, seeing a record year in 2017: Communities, nonprofits and government agencies tore down 86 dams out of rivers nationwide, bringing the total number of dams removed from U.S. rivers to approximately 1,500. More than 85 percent of these came down in the past 30 years. There is also a growing call for more dams to be removed internationally.

“Our vision is to have rivers full of fish,” said Herman Wanningen of the World Fish Migration Foundation, an organization based in the Netherlands that works to protect fish populations and free-flowing rivers. “There are great examples around the world where the environment is healthier because rivers were set free. We want to share these inspiring stories and show that dam removal is a viable option.”

Looking ahead, the biggest dam removal in Europe’s history will restore more than 2,050 miles of free-flowing rivers in Estonia. In the U.S., plans are underway to tear down four dams on the Klamath River in Oregon and California. Demolition could begin as soon as 2020 and will restore 300 miles of habitat for salmon. In Washington State, American Rivers and partners are working to remove a dam on the Middle Fork Nooksack River that, once removed, will boost salmon populations and benefit the entire web of life, including imperiled orca whales, in Puget Sound.

“With dam removal, it’s not about what we’re taking away,” McClain said. “It’s what we’re gaining. This is about getting people to embrace the power and potential of a natural river. Free-flowing rivers will give us so much if we just give them the chance.”

For advocates of healthy rivers, there is much more work to do. The U.S. Army Corps of Engineers estimates that at least 90,000 dams block U.S. rivers and streams. Many are obsolete or unsafe. Moreover, each dam removal project requires costly and time-consuming studies, engineering, permits and planning. River advocates also continue to have to fight new dams proposed for hydropower and water supply. American Rivers and its partners recently stopped dam proposals on Washington State’s South Fork Skykomish and Colorado’s Maroon and Castle creeks, for instance.

“In most cases, a dam is no longer the best solution for power, water or flood protection,” Irvin added. “Today, there are better, more reliable, more cost-effective alternatives.”

For example, restoring the low-lying areas—or floodplains—around rivers gives our waterways room to spread out. Healthy floodplains provide vital habitat for fish and wildlife, help rivers accommodate floodwaters caused by more frequent and intense storms, and—in concert with limiting development in areas prone to flooding—help shore up some communities’ resilience in the era of climate change.

As we celebrate the 20th anniversary of the Edwards Dam removal in 2019, the nation’s river conservation movement is thriving and growing every day.

Citizens can help. Become informed about which dams in your area serve their intended purpose and which ones don’t. Get involved in river conservation by connecting with your local river group. Make your voice heard in input sessions about proposals to build new dams and relicense existing dams. Spend time getting to know your local river or stream. Lastly, take heart: No dam is built to last forever. But rivers will endure.

Katy Neusteter is the senior writer at American Rivers. Her writing has appeared in Outside, Wired and The Denver Post.