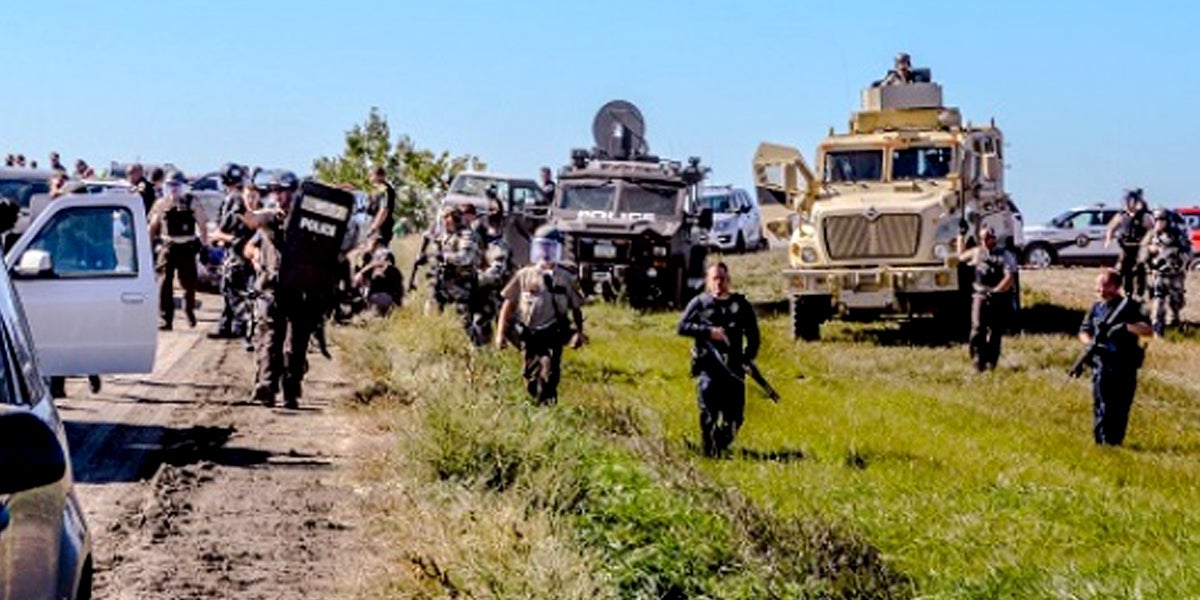 Dozens of additional law enforcement officers from
six states are headed to North Dakota under the Emergency Management Assistance Compact (EMAC), a program designed to facilitate state-to-state disaster relief assistance. While this compact has been used in times of riot, its use in peaceful protests or non-violent direct actions seems unprecedented.

On Aug. 19, North Dakota Gov. Jack Dalrymple issued a
state of emergency, which is a prerequisite to requesting help under EMAC.

But,
according to Jennifer Cook, policy director for the American Civil Liberties Union of North Dakota:

The origins of the state’s overreaction can be traced to a lawsuit filed by the oil pipeline company—Dakota Access—against protesters in federal court to stop demonstrations near its construction sites. To sway the court’s decision and likely public opinion, too, the pipeline company claimed it feared violence from protesters was imminent because of a few vague threats posted on social media and an anonymous email. Protesters have been arrested for pushing through police lines to stop construction equipment, but incidents like these in no way support declaring a state of emergency and militarizing the state’s response.

The Standing Rock Sioux Tribe and others who have been trying to stop construction of the Dakota Access Pipeline have faced numerous police actions:

3. 126 Arrested: On Oct. 22, 126 people were arrested and charged with rioting and other offenses. Witnesses saw officers pepper-spraying people.

4. Journalists arrested: Democracy Now! journalist Amy Goodman was charged with rioting after her video report of the Sept. 4 incident went viral. The charge was thrown out in court. On Oct. 11, filmmaker Deia Schlosberg was jailed and charged with three felonies. She faces up to 45 years in prison if convicted. 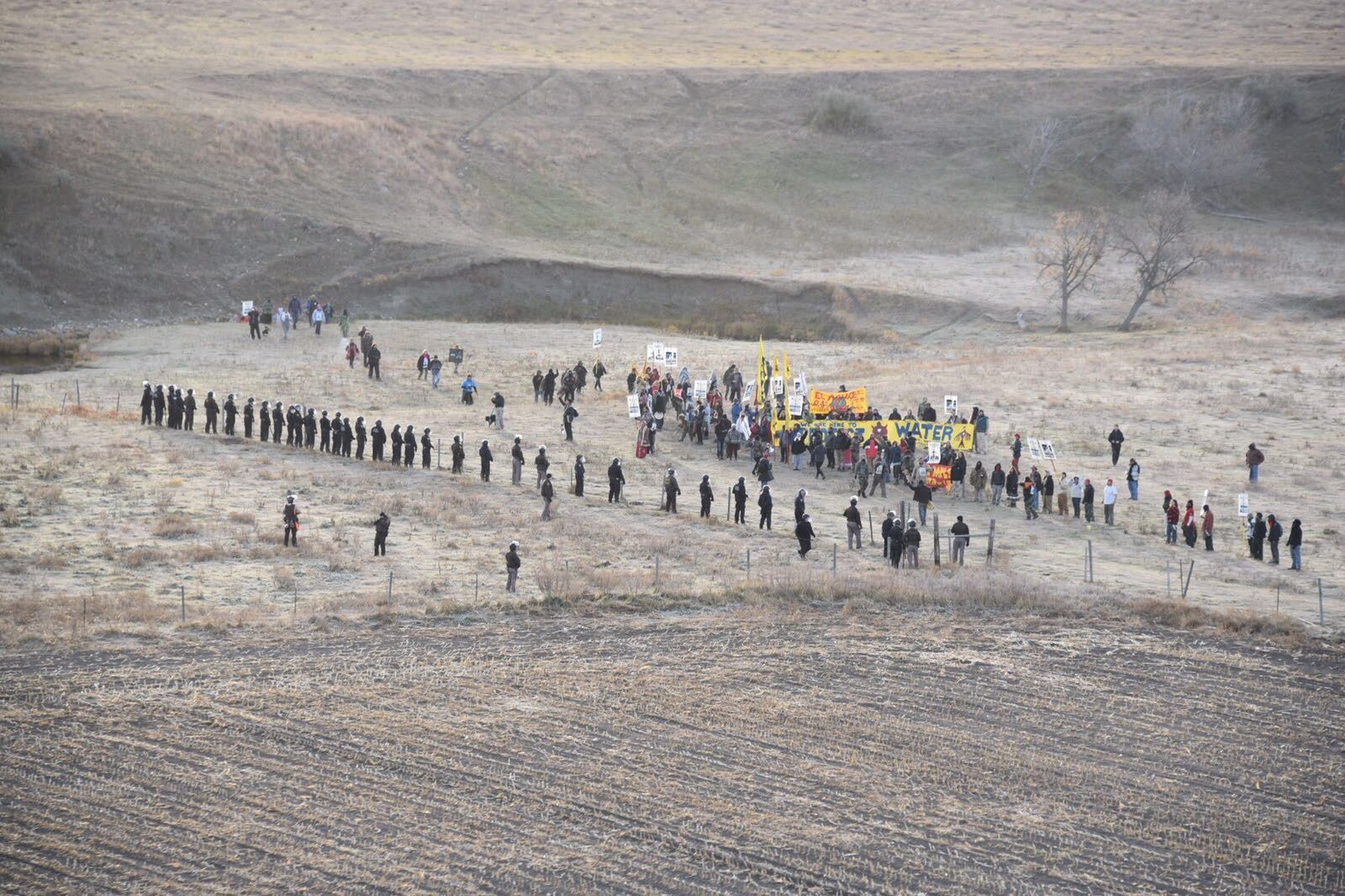 However, tribal leaders maintain that their protests are non-violent and peaceful. In an email to EcoWatch, tribal historian LaDonna Allard wrote, “We don’t allow weapons of any kind at the camps.”

“The Tribe also supports the right of our citizens and supporters of the Tribe to engage in peaceful, non-violent expressions of their opposition to the pipeline. The Tribe believes that non-violence must be the guiding principle of citizen activism at all times.”

But the more than 2,000 Native Americans and non-Natives, many of whom have come from across the U.S. to stand up for the Sioux, are increasingly fearful of police force. Mark Trahant, an independent journalist and a faculty member at the University of North Dakota, asked, ”
How far will North Dakota go?” He stated:

“They’ve already tried intimidation, humiliation and the number of arrests are increasing. Pick on protectors, elders, journalists, famous people, anyone who could make the state appear potent. The latest tactic is to toss around the word ‘riot’ as if saying it often enough will change its definition.”

Archambault
called on the U.S. Department of Justice to step in. In a letter Monday to Attorney General Loretta Lynch, he wrote:

“To many people, the military tactics being used in North Dakota are reminiscent of the tactics used against protesters during the civil rights movement some 50 years ago. And I believe that there are similarities there. But to us, there is an additional collective memory that comes to mind. This country has a long and sad history of using military force against indigenous people—including the Sioux Nation.”

Organizers Kandi Mossett, Tara Houska and Dallas Goldtooth provided an update and call to action on the situation at Standing Rock at the Bioneers 2016 Conference Sunday. Watch here:

Actor
Mark Ruffalo is visiting North Dakota today and Wednesday. He will participate in a press conference and deliver solar trailers to Standing Rock Sioux tribal elders to provide power at the camp. Leonardo DiCaprio also has plans to visit North Dakota in opposition of the Dakota Access Pipeline.

Meanwhile, a rally was held in Minneapolis on Tuesday to protest the participation of deputies from Hennepin County.