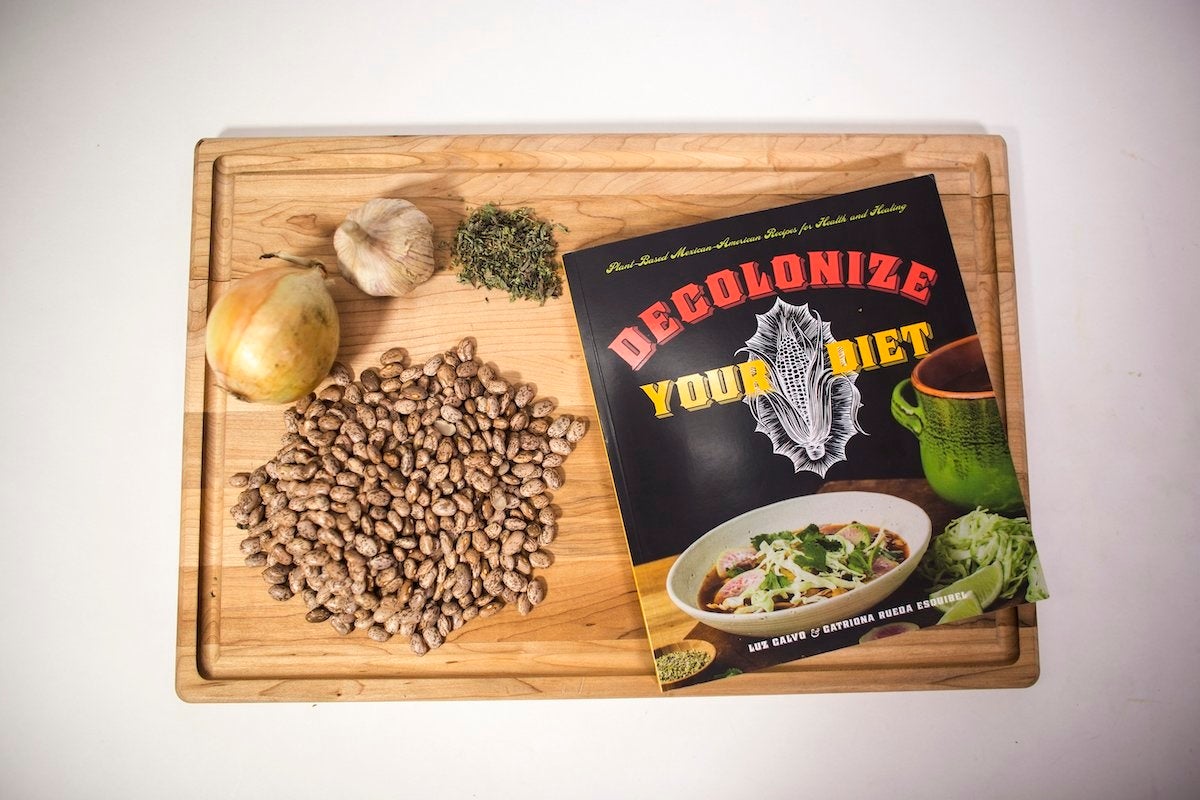 Ingredients are displayed for the Old School Pinto Beans from the Decolonize Your Diet cookbook by Luz Calvo and Catriona Rueda Esquibel. Melissa Renwick / Toronto Star via Getty Images

Livestock farming contributes to global warming, so eating less meat can be better for the climate.

And Luz Calvo, professor of ethnic studies at Cal State East Bay, says that eating a plant-based diet has a long history for many Mexican people: “Our diet has … historically been rooted in eating very little meat or sometimes even no meat at all.”

Calvo is co-author of a cookbook called “Decolonize Your Diet: Plant-Based Mexican-American Recipes for Health and Healing.” The cookbook is based on a Mesoamerican diet – a diet that’s largely composed of foods traditionally grown in Mexico and Central America, such as corn, beans, squash, and greens.

“Our hope is that our book provides plant-based recipes that are appealing to folks who have been raised eating Mexican food and are appreciating those flavors and smells and spices that are associated with their grandmother’s or their great-grandmother’s kitchens,” Calvo said.

They say this kind of cooking can help people connect with an ancestral diet and eat in a way that is easier on the planet.