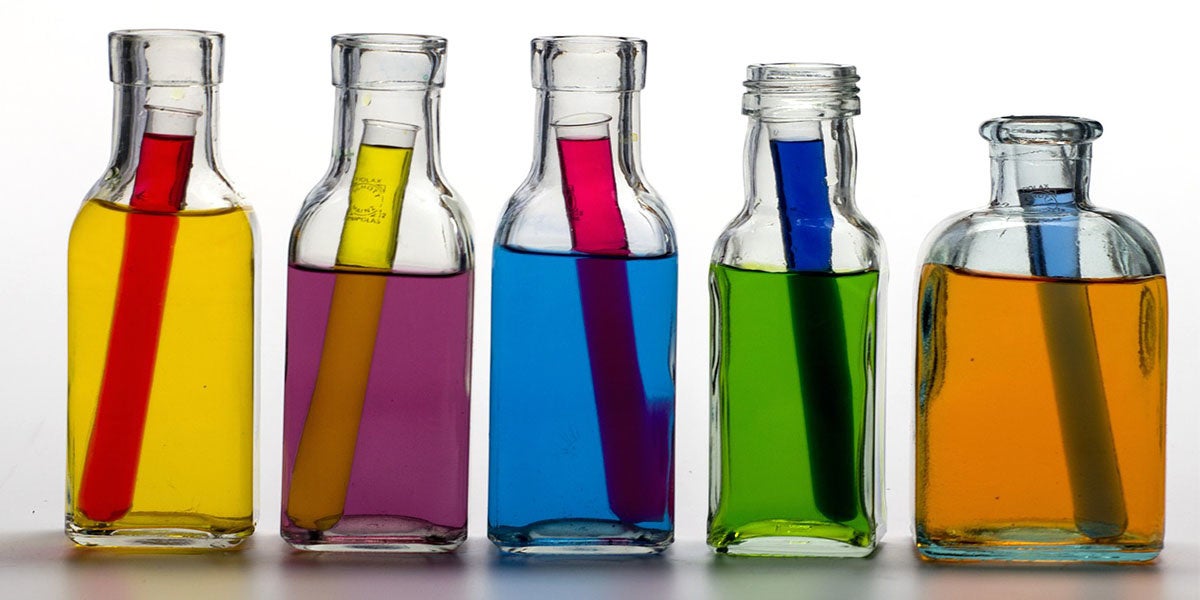 Mixtures of chemicals commonly found in consumer products are more likely to increase breast cancer risk than the same chemicals individually, according to a new analysis. But safety tests by government regulators don’t routinely evaluate the combined effects of multiple chemical exposures.

For a study published in the peer-reviewed journal Toxicological Sciences, a team from the California Pacific Medical Center Research Institute looked at how the combination of three widely used chemicals can cause healthy breast cells to behave more like cancer cells.

They tested the aggregate effect of BPA, a plastics additive; methyl paraben, a preservative in cosmetics and body care products; and PFOA, a non-stick chemical formerly used to make Teflon. BPA, PFOA, and methyl paraben are all found in the bodies of Americans, due to their presence in consumer products and drinking water.

In tests for the study, when all three chemicals were present together, they changed breast cell biology in a more profound and consequential way than each chemical individually. The scientists noted that the doses of three chemicals tested were close to the levels found in people, and suggested that in the body, these mixtures could increase breast cancer risk.

Although everyone is exposed to a mixture of many chemicals every day, federal and state health agencies look at safety testing for only one chemical at a time. The effects of individual chemicals in these daily mixtures add up, but at the moment, federal agencies such as the U.S. Environmental Protection Agency (EPA) and Food and Drug Administration do not determine the safety of chemicals on the basis of the aggregate effects of chemicals people come in contact with daily.

“It’s been suspected for years that chemicals behave differently in mixtures than they do by themselves,” said Dr. William Goodson, a senior author of the study. “The tragedy is that no regulations require that the effects of chemical mixtures be evaluated. With the existing consumer product safety testing, we are sailing blind into a perfect storm of chemicals with almost no knowledge of what to expect.”

Exposure to mixtures of toxic chemicals often starts in the womb, and the developing fetus gets its first dose of chemical exposure before birth. BPA, parabens and PFOA are also found in the placenta and the umbilical cord blood, as demonstrated by research from EWG and other research organizations.

Getting rid of the most toxic chemicals in the marketplace is essential to advance cancer prevention and to protect future generations of children. Regulatory agencies must change their testing policies to reflect the reality that Americans are exposed not to one chemical at a time, but to multiple chemicals at once.