GMO Supporters Have a Fit as Cargill Offers Non-GMO Products 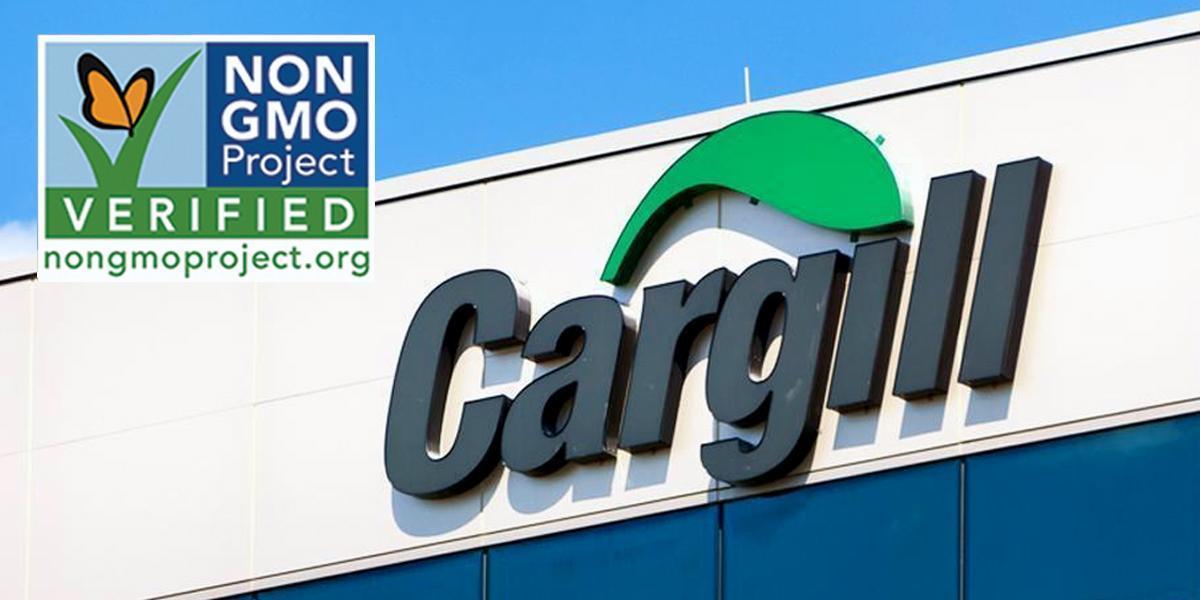 When grain processing giant Cargill recently tweeted that it was working closely with the Non-GMO Project about verifying the company’s ingredients, GMO [genetically modified organism] supporters had a Twitter fit.

Canadian farmer Chris Allam called the company’s work with the Non-GMO Project, “a slap in the face.” “I have a problem with Cargill dealing with someone who is staunchly against it,” he wrote.

“Careful what you tweet … especially if you’re a company kicking your suppliers in the face,” chimed in @farmdaughterusa (Amanda Zaluckyj).

The media followed with articles like Cargill Link to Anti-GMO Group Spurs Criticism From Farmers by Bloomberg and How a moment that looked like PR win for Cargill turned into a kerfuffle by the Minneapolis Star-Tribune.

Cargill defended its work with the Non-GMO Project in a statement:

Just a few months earlier, Cargill CEO David MacLennan told the Wall Street Journal: “There’s a growing group of people who don’t want GMO ingredients. So let’s develop a supply chain for that, rather than say, ‘You’re wrong if you don’t want GMOs.’ Our mind-set is we’re going to empathize and understand the consumer on what they want in their food.”

This is Business 101, meaning give the customer what they want, a no-brainer. Cargill, Bunge and Ingredion understand that, but GMO proponents don’t seem to get it.

John Phipps, a farmer and contributor to AgWeb, also understands that the customer is right. In a blog, Phipps wrote: “This grumbling at Cargill then violates my #1 marketing rule: Do not go to war with your customer. The Non-GMO Project has established itself with both grudging suppliers and skeptical users as the gold standard for GMO verification.”

Attacks on big companies like Cargill when they announce non-GMO plans are not new. In 2015, GMO supporters went ballistic when Chipotle announced they had removed GMOs from the ingredients served in their restaurants. The same thing happened to yogurt-maker Dannon in 2016 when they committed to using non-GMO ingredients and animal feed.

I think there is an underlying factor that caused the backlash against Chipotle, Dannon and now Cargill—fear. Supporters of genetically modified foods see Cargill’s non-GMO moves as a threat to GMO technology and its billion dollar industry.

Megan Westgate, executive director of the Non-GMO Project, expressed that in an interview with the St. Louis Post-Dispatch, Monsanto’s hometown newspaper.

“I can understand why this feels threatening,” she said. “There’s a big paradigm shift happening. The largest food companies in the world are looking for non-GMO ingredients and that’s really changing the supply chain.”

GMO proponents hate that large companies like Chipotle, Dannon, Del Monte, Nestlé, General Mills, Post, Hershey’s, Cargill and others are developing non-GMO products. It threatens their worldview that GMOs are going to feed the world, reduce pesticide use and make food more nutritious, along with other unsubstantiated claims. So, they react with anger and a Twitter fit: “How dare Cargill align with ‘fear mongers?'”

The simple reason is that more and more people don’t want foods containing GMOs. If GMO technology is so great maybe proponents should proudly feature it on food labels instead of trying to hide it and attacking companies and people that don’t want to use or eat the technology’s dubious fruits.