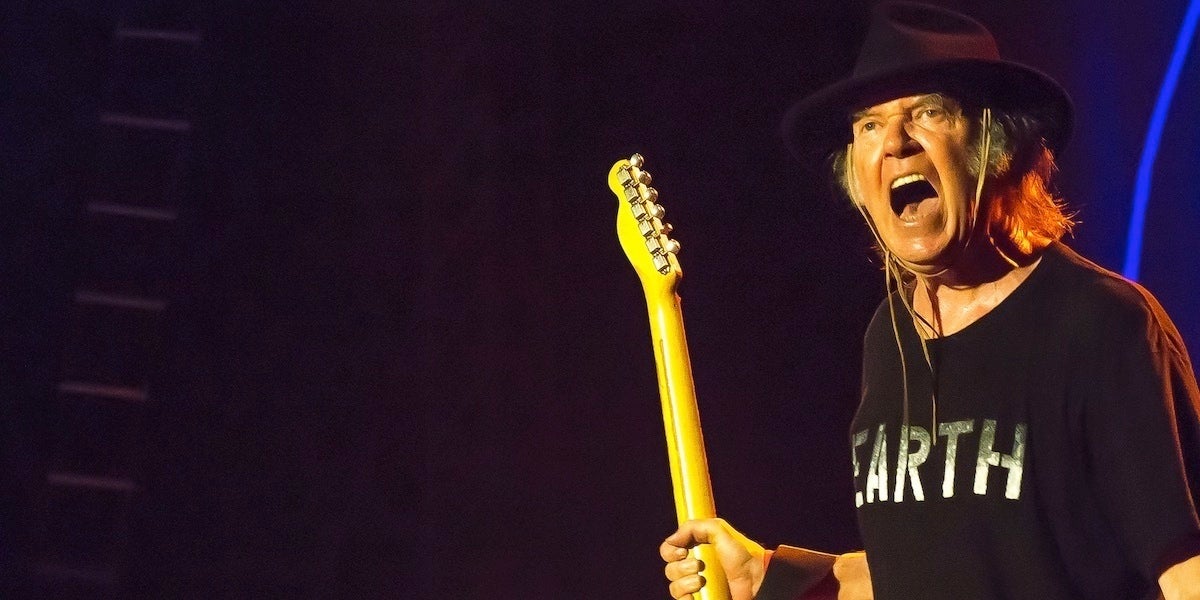 Musician
Neil Young, who lost his Malibu home to the devastating Woolsey fire, is urging the world to come together to fight climate change—especially since the president of the U.S. seems “unfit” to take care of the problem, as the icon said.

On Sunday, the legendary rocker posted a letter on his website, the
Neil Young Archives, blasting Donald Trump’s infamous denial of climate science and his Saturday tweet that blamed California’s wildfires on “gross mismanagement of the forests” even though most of the fires are burning on federal land.

Trump’s tweet—which was particularly callous amid the
deadly and overwhelming destruction—is also incorrect because the conflagrations in Southern California are urban interface fires, meaning they have nothing to do with forest management, as a local fire association pointed out.

“California is vulnerable-not because of poor forest management as DT (our so-called president) would have us think,” Young wrote. “As a matter of fact this is not a forest fire that rages on as I write this. We are vulnerable because of Climate Change; the
extreme weather events and our extended [droughts are] part of it.”

“Our temperatures are higher than ever here in our hottest summer on record. That has not helped,” Young continued. “DT seems to be the Denier. (I’m holding back and not using the word liar just because it rhymes with denier). It really is time for a reckoning with this unfit leader. Maybe our new Congress can help. I sure hope so.”

Young, a Canadian citizen, cannot vote in our elections but is a
prominent environmentalist and is no fan of Trump. He was not happy when Trump used “Rockin’ in the Free World” to launch his presidential bid in 2015.

“Hopefully we can come together as a people to take Climate Change on. We have the tools and could do it if we tried. There is no downside,” Young wrote.

Other Californian celebrities have responded to Trump’s tweet, including Katy Perry, John Legend and Leonardo DiCaprio, who also pointed out the fires are worsened by climate change and drought, and noted that “helping victims and fire relief efforts in our state should not be a partisan issue.”

This is an absolutely heartless response. There aren’t even politics involved. Just good American families losing their homes as you tweet, evacuating into shelters. https://t.co/DJ4PN26bLZ

Our National Embarrassment can't bring himself to show some empathy to Californians dealing with a horrific disaster. https://t.co/WwLA7UTI8c

The reason these wildfires have worsened is because of climate change and a historic drought. Helping victims and fire relief efforts in our state should not be a partisan issue. https://t.co/WiBnppsr3m