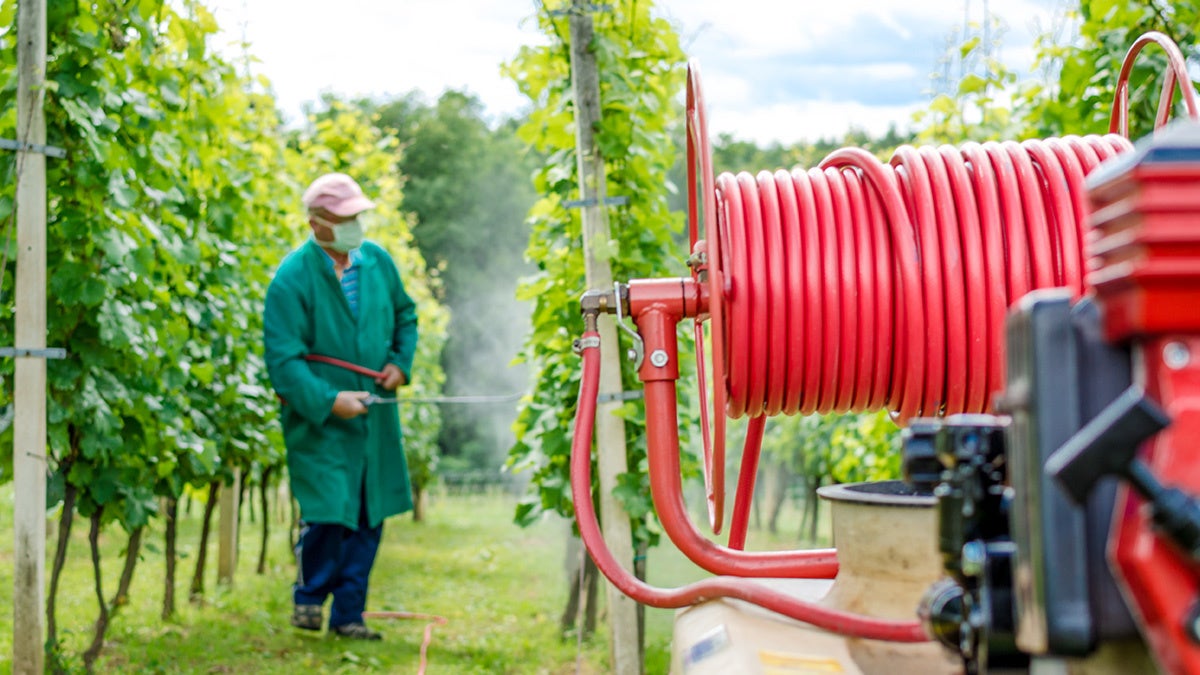 Chlorpyrifos is commonly used by farmers on many popular crops such as grapes. lovro77 / E+ / Getty Images

A popular agricultural pesticide that has been linked to brain damage in children will no longer be sold in California starting in February, state officials announced on Wednesday, as the AP reported.

Under the agreement, farmers will still be allowed to use the pesticide chlorpyrifos, but will have to stop at the end of 2020.

If the manufacturer of chlorpyrifos had decided to embark on a protracted legal battle rather than voluntarily withdraw their product, the timeline for removing the pesticide would have been much longer, according to the Los Angeles Times.

“For years, environmental justice advocates have fought to get the harmful pesticide chlorpyrifos out of our communities,” said Governor Gavin Newsom in a statement released by the California EPA. “Thanks to their tenacity and the work of countless others, this will now occur faster than originally envisioned. This is a big win for children, workers and public health in California.”

The pesticide is widely used as farmers rely on it for some of the nation’s most popular crops, including alfalfa, almonds, citrus, cotton, grapes and walnuts, according to the AP.

California environmental regulators have had a ban on chlorpyrifos in their sights for years. They had designated the pesticide “a toxic air contaminant” that is harmful when it enters the respiratory track or makes skin contact. That designation allowed yesterday’s agreement to include a ban on aerial spraying of chlorpyrfios, as NPR reported.

Since the federal government walked back its plan to ban the pesticide, California moved to implement its own regulation. Hawaii and New York are already phasing in their own bans, according to the AP.

“The swift end to the sale of chlorpyrifos protects vulnerable communities by taking a harmful pesticide off the market,” said California Secretary for Environmental Protection Jared Blumenfeld in a statement. “This agreement avoids a protracted legal process while providing a clear timeline for California farmers as we look toward developing alternative pest management practices.”

The state did agree to kick in .6 million to help pesticide manufacturers develop a safer alternative.

“But just so you’re aware, that’s what agriculture does every day, we’re always looking for new products, safer products that are effective,” said Casey Creamer, president of the California Citrus Association, which represents about 5,000 growers, as the AP reported.

Creamer added that the he and his organization believe the risks are far less than what the state presented.

“We really thought the exposure assessments and risks were just inflated and it wasn’t a true characterization of the protections that were already in place,” he said according to the AP.

Corteva AgriScience, formerly known as Dow AgroSciences, is the largest manufacturer of the chemical. After mounting restrictions on applications of chlorpyrifos products over the last few years, the state chose to revoke product registrations this year, which is effectively a ban. Companies that make the pesticide, led by Dow, had asked for a hearing, which delayed implementation of the ban, according to the Los Angeles Times.

Corteva said in a statement that it reached the agreement “in the best interests of the affected growers,” as the AP reported.

“Through recent actions, the state of California has improvised and implemented several uniquely challenging regulatory requirements for chlorpyrifos. These new, novel requirements have made it virtually impossible for growers to use this important tool in their state,” Corteva said in its statement.

As for the federal government, EPA chief Andrew Wheeler had extended the safety review of chlorpyrifos until 2022, but complaints about its process have forced the agency to expedite the review process and to have a decision by next October, the Los Angeles Times reported.