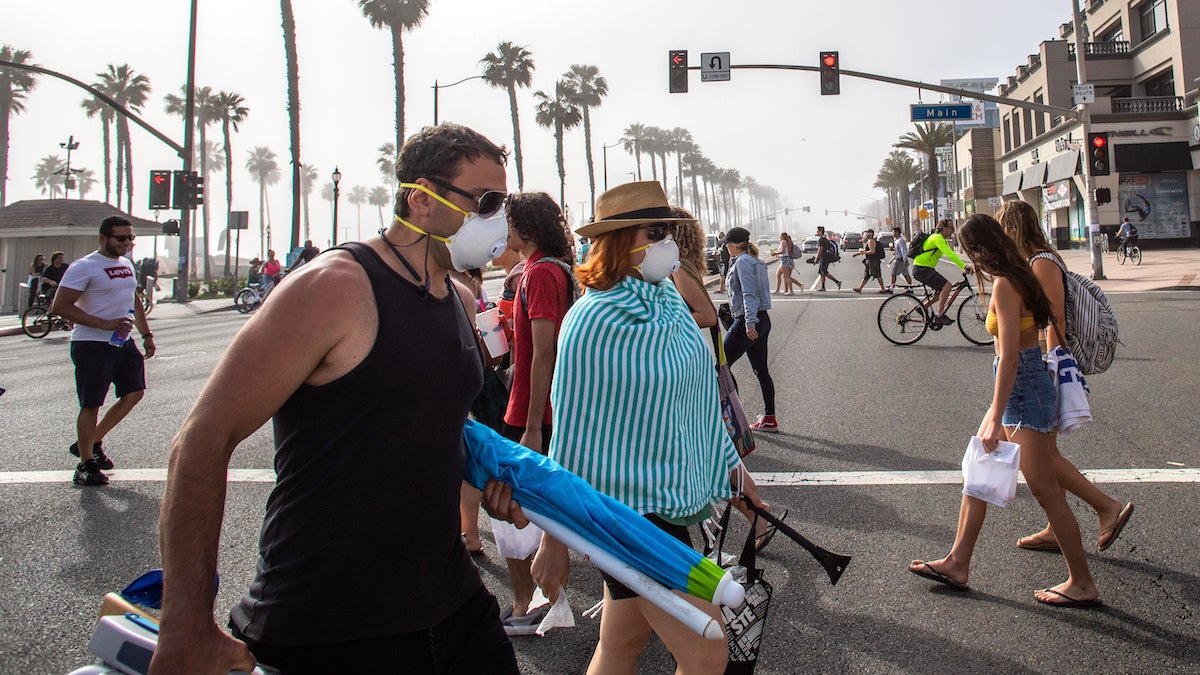 Californians stepping out of their homes to enter most public spaces are now required by law to wear a face mask.

The new order was issued by California Gov. Gavin Newsom Thursday amidst an uptick of coronavirus cases in the state.

“Our numbers are going up, not going down. Hospitalization numbers are just starting to creep back up, and I’m very concerned by what we’re seeing. We think the most impactful thing we can do, short of going back to a stay-at-home order, is wearing face coverings when we can’t practice physical distancing,” Newsom told ABC7.

Together — we can slow the spread.

Do your part. Wear a mask.

Newsom issued his order a day after both California and Los Angeles county reported single-day highs for new cases, the Los Angeles Times reported. To date, more than 161,000 Californians have been diagnosed with COVID-19 and 5,290 have died, according to Department of Public Health figures cited by NPR.

Several California counties and cities already require face masks, but Newsom said he issued the order because many people were ignoring them.

“Simply put, we are seeing too many people with faces uncovered — putting at risk the real progress we have made in fighting the disease,” he told ABC7.

Be smart. Wear a mask. pic.twitter.com/IvQ2BUrHJj

The new order will require masks in the following situations:

The rule allows for the following exceptions:

People who break these rules could be charged with a misdemeanor and forced to pay a fine, the Los Angeles Times pointed out. However, the state has been hesitant to impose similar penalties to enforce its stay-at-home order, instead focusing on public information campaigns. Labor and workplace safety agencies could also enforce the new rule.

California was the first state to impose lockdown orders for residents and businesses March 19 and now has one of the most sweeping mask requirements in the country, Reuters reported. About a dozen U.S. states and some cities require masks, but typically only inside public spaces or outdoors when social distancing is not possible.

Newsom’s order is likely to face pushback. In Orange County, the public health officer resigned last week after her mask order earned her verbal abuse and a death threat, according to the Los Angeles Times. Her replacement loosened the requirement to a reccomendation.

“A mandatory order was too strong,” Orange County Board of Supervisors Chairwoman Michelle Steel told the Los Angeles Times of Newsom’s order. “I think our residents in Orange County are very smart. If they feel sick, they’re going to wear a mask. It doesn’t really have to be mandatory.”

However, a growing body of research is revealing masks to be an important tool in stopping the spread of the virus. A study published in the Proceedings of the National Academy of Sciences earlier this month found that the “wearing of face masks in public corresponds to the most effective means to prevent interhuman transmission,” the Los Angeles Times pointed out. Another German study said wearing masks reduced the daily increase in cases by 40 percent.

Actor and former California Gov. Arnold Schwarzenegger took to Twitter in defense of his successor’s rule.

“This is 100% the right move. This will help us beat this terrible virus. The science is unanimous — if we all wear masks, we slow down the spread and can reopen safely. It’s not a political issue. Anyone making it a political issue is an absolute moron who can’t read,” he wrote.