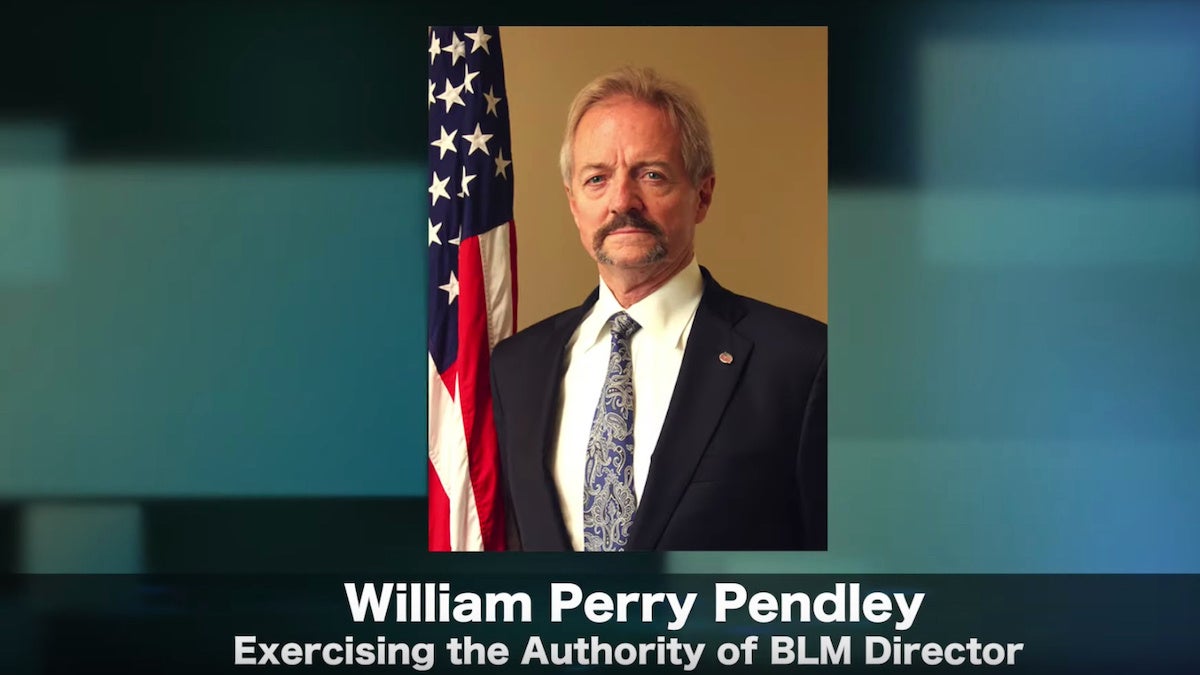 The man who once wrote that “the Founding Fathers intended all lands owned by the federal government to be sold” has had his time in charge of U.S. public lands extended.

Interior Secretary David Bernhardt signed an order Thursday leaving William Perry Pendley in charge of the Bureau of Land Management (BLM) until April 3, The Hill reported. Pendley has been criticized for his support of selling public lands or opening them to fossil fuel extraction and other industrial uses, The Washington Post reported. He also sued the Interior Department in support of oil and gas exploration and against endangered species protections when he ran the Mountain States Legal Foundation. Despite this, he is now in charge of 245 million acres of public lands and 700 million acres of natural resources.

“Secretary Bernhardt’s redelegation of the BLM director’s authority to anti-public lands zealot Pendley is a slap in the face to all public land users and the U.S. Constitution,” Western Values Project Deputy Director Jayson O’Neill said in a statement reported by The Washington Post. “[Putting Pendley] in charge of the BLM again is the equivalent of the Trump administration openly putting America’s public lands up for sale.”

Bernhardt’s decision came only days after 91 conservation, wildlife and outdoor groups signed a letter to Bernhardt calling for Pendley to either resign or be removed.

One major concern raised in the letter is that Pendley is running the BLM without having been appointed by the president or confirmed by the Senate. Instead, Bernhardt appointed him “deputy director for policy and programs — exercising authority of the director” in July, according to InsideClimate News.

The BLM has not had a Senate-confirmed director during the Trump administration, and some critics are concerned the series of temporary leaders are part of an attempt to dismantle the agency.

“Only a Senate-confirmed Director or a Presidentially-appointed Acting Director would have legal legitimacy to lead the Bureau,” the letter read.

The letter writers also raised concerns about Pendley’s actions and opinions in and out of office.

“Putting someone like William Perry Pendley in charge of what happens on these public lands is likely to just accelerate climate disruption,” Shelley Silbert, letter signatory and executive director of conservation group Great Old Broads for Wilderness, told InsideClimate News.

The Interior Department dismissed the concerns of the letter writers.

“For this group of environmental extremists to call themselves sportsman and conservationists is as laughable as this letter. Mr. Pendley brings a wealth of knowledge and experience to the Department and is committed to carrying out the Administration’s priorities for the betterment of the American people,” an Interior spokesperson told The Hill Monday.

But environmental groups argue that Pendley’s positions are the extreme ones.

“William Perry Pendley is an ideological zealot with values that are deeply out of touch with the mainstream,” Wilderness Society conservation director Phil Hanceford said.