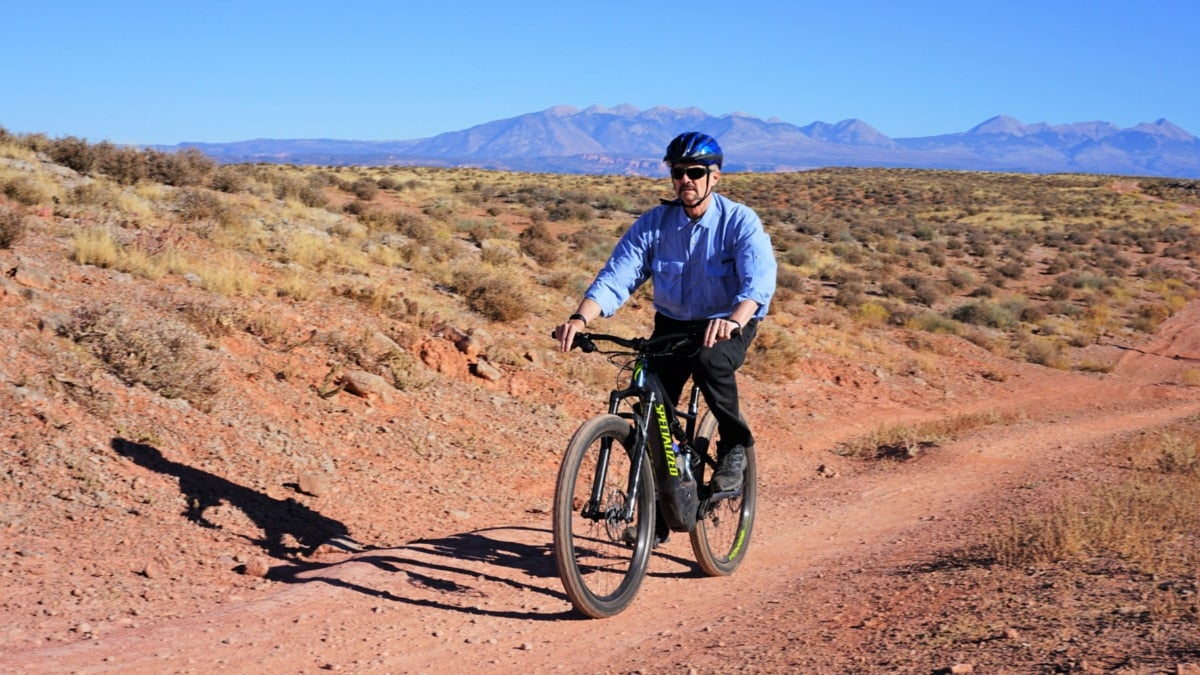 Environmental campaigners on Saturday welcomed news that President Donald Trump withdrew his nomination of “pro-polluter” and “unapologetic racist” William Perry Pendley for director of the Bureau of Land Management, with groups saying he should no longer be allowed to continue in his role as unofficial head of the agency.

We are hearing the Trump administration is pulling down their nomination of William Perry Pendley for BLM director. It’s about damn time.

Pendley, who’s called fracking an “environmental miracle,” was panned by civil rights, environmental, tribal, and immigrant advocacy groups as “the worst possible person you could conjure to be a leading steward of our shared public lands” given his public record that includes a history of racist and sexist comments, “overt racism” toward native people, dismissal of the climate crisis, suggestion that “the Founding Fathers intended all lands owned by the federal government to be sold,” and a 17-page list of 57 potential conflicts of interest.

“Pendley never should have been nominated, and the fact that he was shows you what you need to know about this administration’s conservation priorities,” Sen. Tom Udall (D-N.M.) said in a statement Saturday.

Trump formally nominated Pendley in June to lead BLM, an agency within the Interior Department (DOI). However, he has been overseeing—to the outrage of progressive groups—BLM for over a year, with the agency’s website describing him as “exercising authority of the director.”

Outdoor Life first reported on the news of the withdrawal.

Interior spokesperson Nicholas Goodwin confirmed the nomination withdrawal to The Hill but provided no explanation for the decision. “The president makes staffing decisions. Mr. Pendley continues to lead the Bureau of Land Management as Deputy Director for Programs and Policy,” Goodwin said.

Critics of Pendley responded to the news with fresh attacks on his record.

According to Lena Moffitt, director of the Sierra Club’s Our Wild America campaign, “Pendley’s tenure as head of the Bureau of Land Management, like the entire Trump administration, has been a disaster for our public lands. At best, he’s demonstrated a total disregard for the health of our communities and our wild places, prioritizing giveaways to polluting fossil fuel corporations. At worst, he actively worked against marginalized communities.”

Collin O’Mara, president and CEO of the National Wildlife Federation, suggested the withdrawal simply represents the administration seeing Pendley as unlikely to be confirmed by the Senate.

“Unfortunately, the ignominious end of Pendley’s nomination is more of a cynical nod to political realities than a retreat from the nihilist ideology he championed—and provides small solace for the communities and wildlife affected by the unbridled leasing of wildlife habitat and recreation lands across the West to energy development,” said O’Mara.

Further dampening any reason for progressive applause is that Pendley is not yet ousted from his current role at BLM.

“This is a sham,” tweeted climate scientist Peter Gleick. “Trump is withdrawing the nomination but leaving Pendley in charge anyway.”

“Another unconfirmed, illegal appointment,” he added.

Udall, in his statement, demanded that Pendley “not be allowed to continue in this role in an acting, unconfirmed capacity.”

“It’s time for DOI stand up for our public lands and our trust and treaty obligations to tribes,” he said.