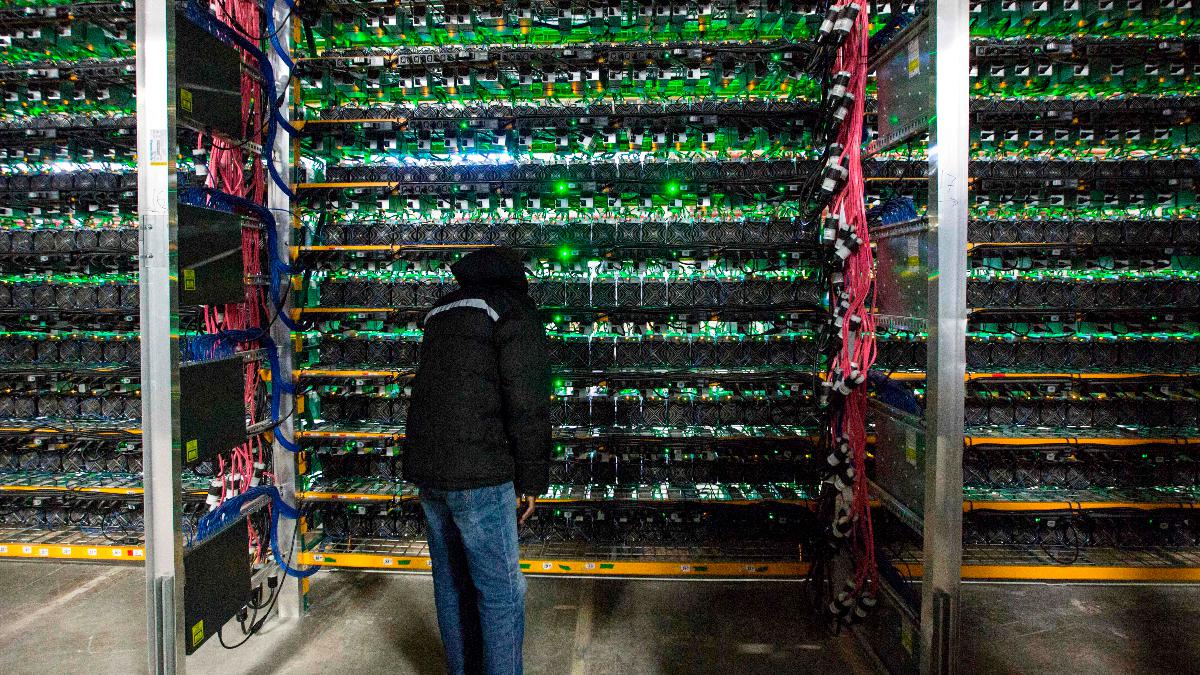 As bitcoin’s fortunes and prominence rise, so do concerns about its environmental impact.

The process of mining the cryptocurrency is enormously energy intensive, so much so that it consumes more electricity in a year than Argentina or the Ukraine, according to the latest data from the Cambridge Bitcoin Electricity Consumption Index. Its energy hunger even led to a warning from Treasury Secretary Janet Yellen last week, as CNBC reported.

“It’s an extremely inefficient way of conducting transactions,” Yellen said, “and the amount of energy that’s consumed in processing those transactions is staggering.”

Bitcoin’s value rose past ,000 two weeks ago, CNN Business reported at the time. It was in part buoyed by the success of Elon Musk, whose electric car company Tesla made more than 0 million after buying .5 billion of the currency, BBC News reported. Its value has subsided somewhat since then, The Guardian reported. But Musk’s endorsement raised a concern: How did his support of the currency meld with Tesla’s goal of moving the world towards a “zero-emission future?”

The question is larger than Musk, of course. Bitcoin mining is energy intensive by design. There are only 21 million bitcoins that can be mined, a process that involves solving complex math problems on a computer to release new coins. When bitcoin first started in 2009, it was possible to mine for bitcoin on a normal computer. However, the currency is designed so that the fewer bitcoins left to be released, the more complicated the problems become. Now that 18.5 million bitcoins have been mined, an average computer cannot handle the calculations.

As the price rises, more people are motivated to get in on the action.

“They want to get that revenue,” University of Chicago economics professor Gina Pieters told BBC News, “and that’s what’s going to encourage them to introduce more and more powerful machines in order to guess this random number, and therefore you will see an increase in energy consumption.”

Pieters is part of the University of Cambridge Centre for Alternative Finance (CCAF), which runs the bitcoin electricity use index. CCAF calculates that bitcoin now uses 129.22 terawatt hours of electricity a year, according to its most recent update.

This doesn’t necessarily mean that mining bitcoin is increasing greenhouse gas emissions. Bitcoin proponents say that the mining can be powered using renewable energy sources, according to The Guardian. However, the mining process does motivate miners to seek out cheap energy sources.

“The more machines a miner operates, the more likely he is to find the solution to the puzzle,” the CCAF explained. “However, more machines also means that more electricity is needed to run and cool the equipment, which in turn results in higher costs for the miner in question. Miners are thus always searching for abundant electricity sources at the lowest possible price.”

Seeking the cheapest electricity source may mean coal in many places, The Guardian pointed out. More bitcoin is mined in China than in any other country, and about two-thirds of its electricity still comes from coal.

The CCAF said it does not yet have the data to determine the cryptocurrency’s carbon footprint, since this would require accurate assessments of the energy mix behind mining. However, it pointed out that even if all bitcoin mining was powered by coal, an unlikely scenario, it would still only account for 0.17 percent of the world’s total greenhouse gas emissions. That doesn’t mean bitcoin’s growth isn’t a concern for the attempts to combat the climate crisis, however.

“There are valid concerns that Bitcoin’s growing electricity consumption may pose a threat to achieving the United Nations Sustainable Development Goals in the future,” the index wrote.

That threat increases the more bitcoin gains in popularity. Bitcoin expert and Digiconomist founder Alex de Vries told BBC News what would happen if bitcoin were adapted as a global reserve currency.

“[T]he Bitcoin price will probably be in the millions, and those miners will have more money than the entire [US] Federal budget to spend on electricity. We’d have to double our global energy production,” he said. “For Bitcoin.”