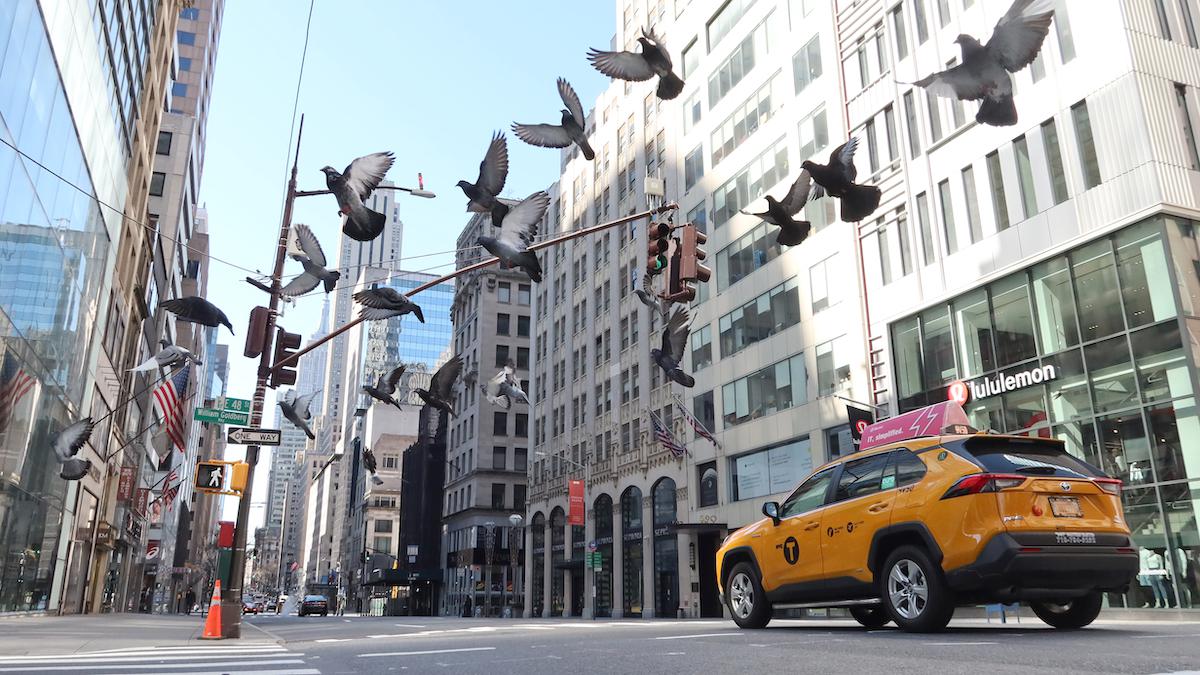 A group of pigeons fly above an almost empty 5th Avenue as coronavirus stay at home orders kept most people out of New York City on March 26, 2020. Gary Hershorn / Corbis via Getty Images

From the goats that ran wild in a Welsh town to the endangered turtles that nested on deserted beaches, many animals used the first months of the coronavirus lockdown to get comfortable in places normally dominated by humans.

Now, a study published in Science Advances confirms that the number of birds in North American cities impacted by the pandemic really did increase during the spring of 2020, teaching scientists an important message about urban biodiversity.

“We can make cities more attractive to birds by decreasing our activity,” study lead author Dr. Michael Schrimpf of the University of Manitoba in Canada told EcoWatch.

Human development and activity obviously has an impact on birds and other animals, but scientists don’t often get an opportunity to separate the impacts of one from the other. Roads or airports destroy habitat while they are being built, but their continued use leads to noise and air pollution that may disturb species further.

“We’ve never really had the ability to test on such a large scale what happens if you still have all that infrastructure, all those things, but you just decrease the activity,” Schrimpf said.

Enter the new coronavirus. During the first months of lockdown in the spring of 2020, human activity slowed down to an unprecedented degree in modern history. This is something that the study authors referred to as the “anthropause,” and it essentially set the conditions for a real world experiment.

The quietest months of the lockdown period in North America coincided with the spring migration season from March to May. This allowed the Canadian and U.S.-based research team to compare the numbers of birds spotted in urban areas during this season to counts from previous years.

To do so, the researchers used data from eBird, a citizen science project run by the Cornell Lab of Ornithology that allows birders to report their sightings.

“Basically they go out, they either walk around or they stay in one spot, record the numbers of different species of birds that they’re seeing and then submit that to the program in what’s called a checklist,” Schrimpf explained.

The researchers looked at eBird data for 93 counties in the U.S. and Canada that contained urban areas, comparing numbers from 2020 to those from the springs of 2017 to 2019. They looked at how bird counts changed during the pandemic across five indices of reduced human activity:

They also made sure to control for the fact that there might have been more people out birding during the pandemic. Ultimately, they selected 4,353,739 individual bird observations from 88,846 checklists. 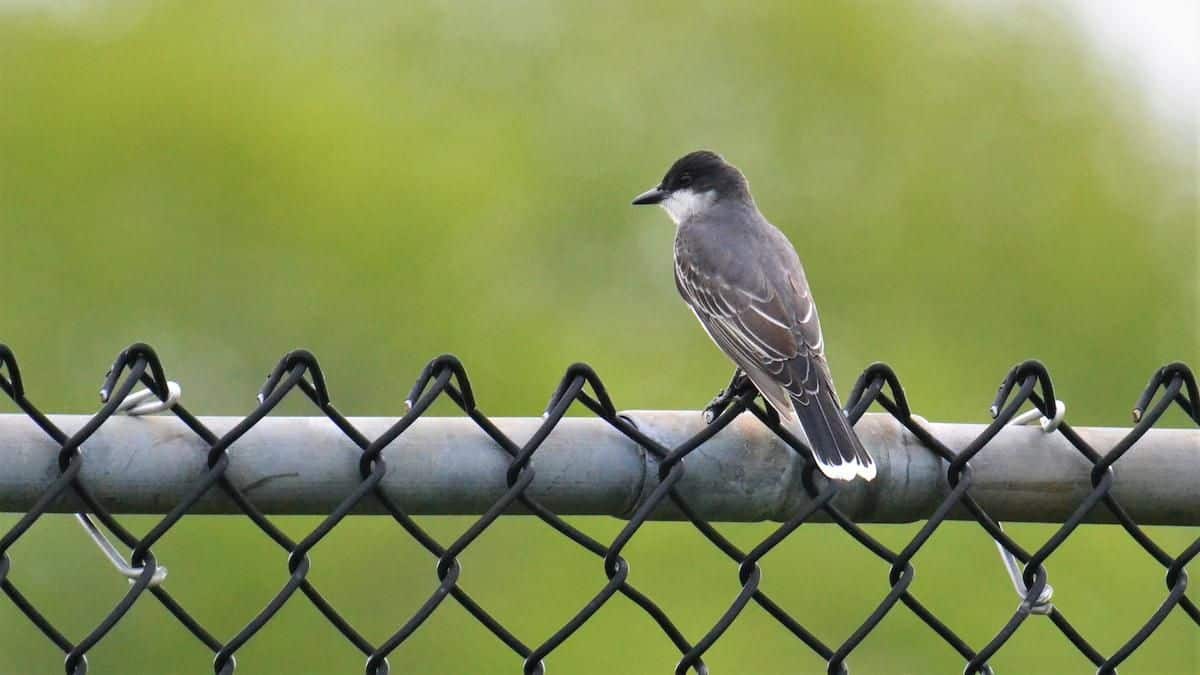 What they found was that 80 percent of the species they looked at (or 66 out of a total of 82) saw their numbers change during the pandemic in urban areas, near roads and airports and in counties where peak lockdown coincided with peak migration. Usually, their numbers increased. In fact, species’ numbers were 14 times more likely to go up than to go down across all indices. This tells scientists that human activity really does make a big difference.

“The fact that birds really overwhelmingly responded by showing up more in all these places when activity went down meant that we now have a much better sense for how broad scale the effects of our activity are,” Schrimpf said.

The results have given researchers a clue towards understanding how to attract birds to cities.

“Our results indicate that human activity affects many of North America’s birds and suggest that we could make urban spaces more attractive to birds by reducing traffic and mitigating the disturbance from human transportation after we emerge from the pandemic,” the study authors wrote.

However, there are still many things the researchers don’t know. The first is whether birds returned to their original haunts when human activity picked back up again.

The second is whether this change in location was actually good for the birds. Until researchers can look at numbers from the 2020 breeding season, they won’t know the answer. It’s possible that birds who chose a breeding site that seemed quiet in the spring of 2020 got a nasty surprise when traffic and noise increased later in the year.

It’s also possible that the suddenly-quiet roadsides or urban parks presented what Schrimpf called an “ecological trap,” a place that seemed suitable because of a lack of traffic but still presented other dangers like predation by house cats.

“Birds going through their migratory period face a lot of threats and it’s not clear to us whether or not this increased use of more urban places near roads, near airports was actually better for the birds,” Schrimpf said.

Still, the pandemic may have motivated more people to pay attention to birds in their area, and to therefore be interested in making the kinds of changes that would keep them around.

“When people know something and when they experience it, they are generally more interested in protecting it and in caring about it,” Schrimpf said.

He also expressed gratitude towards the citizen scientists who had paid attention to urban birds before the pandemic, without whom the study never could have been completed. That said, it’s never too late to start listening and watching for birds in your neighborhood, and maybe submitting an eBird checklist of your own.

“Not only do I think that it gives us data that we could use to understand the world, but it hopefully also gives people greater appreciation for the world around them,” he said.