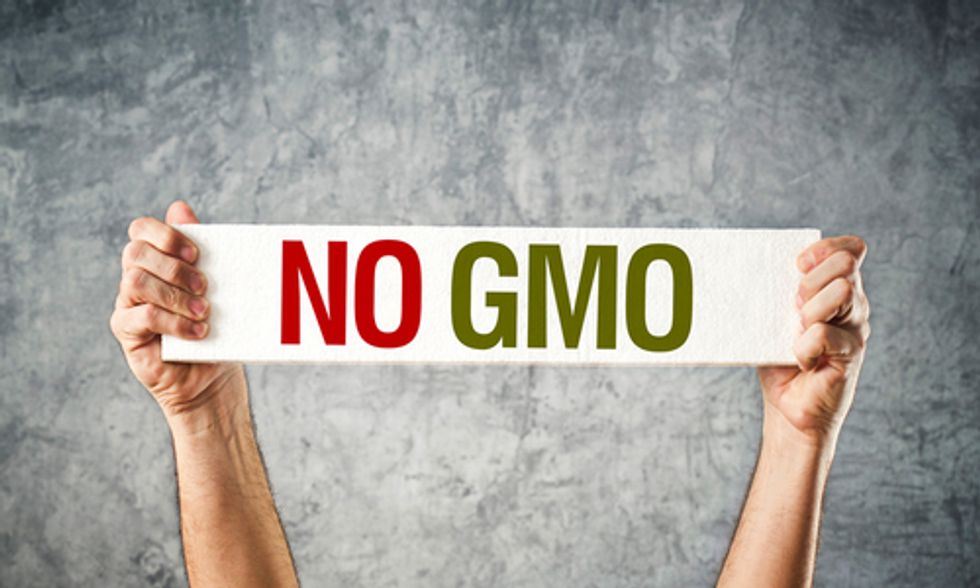 In 2014, half the states will likely consider placing special labels on food that use genetically modified organisms (GMOs), according to Pamela M. Prah at PEW's Stateline.

Even though 64 countries have mandated the labeling of GMO foods, the U.S. has been slow to adopt such regulation. Connecticut and Maine have passed labeling laws, but the rules do not go into effect until at least three other states establish the same requirement.
Photo courtesy of Shutterstock

"Big Food" is ready for the challenge though and will use its influence and resources to protect profits gained from GMOs that are found in 80 percent of the food America consumes.

The fight has some state attorneys general worried if labeling laws would survive court challenges brought on by food producers. No matter the outcome, it would likely cost millions of dollars to defend them.

“States are getting somewhat gun-shy about being the lead state that’s going to have to pay the attorney fees should there be a successful lawsuit attacking the statute,” said Vermont Attorney General Bill Sorrell at a recent gathering of attorneys general in Washington, D.C.

“It’s coming to a number of your states,” he added. “The politics are huge. Good luck.”

About 50 percent of the 169 million acres of U.S. crop land grew genetically engineered crops in 2013, said the U.S Department of Agriculture in a new report. GMOs can be found in most cereals, frozen foods, meat, dairy, canned soup and even baby formula.

Giant "agribusinesses," including Monsanto and DuPont, contend the newest GMO technology is safe and allows them to produce more robust crop yields while using less water and pesticides. Labeling could increase the costs to consumers, they argue.

However, pesticide groups have rejected the claim regarding toxic chemicals, saying pesticide use has grown exponentially over the last 10 years and is only expected to multiply further given Dow AgroSciences' push to approve new, pesticide-resistant corn and soybean crops.

Regarding money, labeling itself would be “a tiny fraction of the costs” of complying with a labeling law, according to a 2013 report by the Washington Academy of Sciences. The actual costs would come from having to separate genetically engineered ingredients from other foods with those extra costs likely being passed on to consumers.

“This is a national movement,” said Hawaii Attorney General David Louie at the recent attorneys general gathering. “Don’t think that it’s not coming to you.”

Even though 64 countries have mandated the labeling of GMO foods, the U.S. has been slow to adopt such regulation. Connecticut and Maine have passed labeling laws, but the rules do not go into effect until at least three other states establish the same requirement.

Sixty-seven GMO labeling bills have been introduced in 25 states. In 12 of those states, at least one legislative committee has approved a GMO bill.

Other states with pending legislation on GMO labeling include California, Missouri, Minnesota and Rhode Island, according to Prah. In Arizona, Colorado, Florida, Hawaii and Oregon efforts are in motion to put the question on the ballot.

However, the future is less than certain given the food industry’s powerful pro-GMO lobby, which helped defeat previous GMO labeling bills in California, New Hampshire and Washington. In Washington alone, the GMO label bill was the most expensive ballot question in the state's history, costing activists and the food industry a combined $40 million.

Before Maine acted, state Attorney General Janet Mills said she warned lawmakers in a 10-page memo that the GMO bill would certainly face significant legal challenges if enacted and that defending it would be costly. “Without even reading my memo, they went into the back room, caucused 10 minutes and came back out and unanimously passed it. That is how effective I am in my legislature,” she said.

Connecticut Attorney General George Jepsen cautioned that he had to be careful what he said because he might be defending his state’s labeling law enacted last year. “I will defend its constitutionality with every effort. But let me put it this way: The year before (it was passed) there was very, very healthy, strong opposition to the bill,” he said.

Critics and proponents of GMO labeling are asking Congress to act, but they are pressing for very different legislation.

A campaign led by the Grocery Manufacturers Association supports a federal labeling requirement, but only if the U.S. Food and Drug Administration determines there is a proven health or safety risk to GMOs.

But consumer and advocacy groups have derided the duplicitous initiative, saying it undermines state and federal legislation meant to grant consumers the right to know about the types of foods they're consuming.

“Attacking state labeling laws does nothing to address the increasing call from consumers for transparent (genetically engineered) food labeling,” according to a Center for Food Safety statement.

The U.S. House added a provision to the federal farm bill that would have overridden state GMO labeling efforts, but the measure was cut from the final version of the legislation.