The administration says it was forced to go ahead with the sale by a court decision, while environmental activists argue it could have done more to fight back. 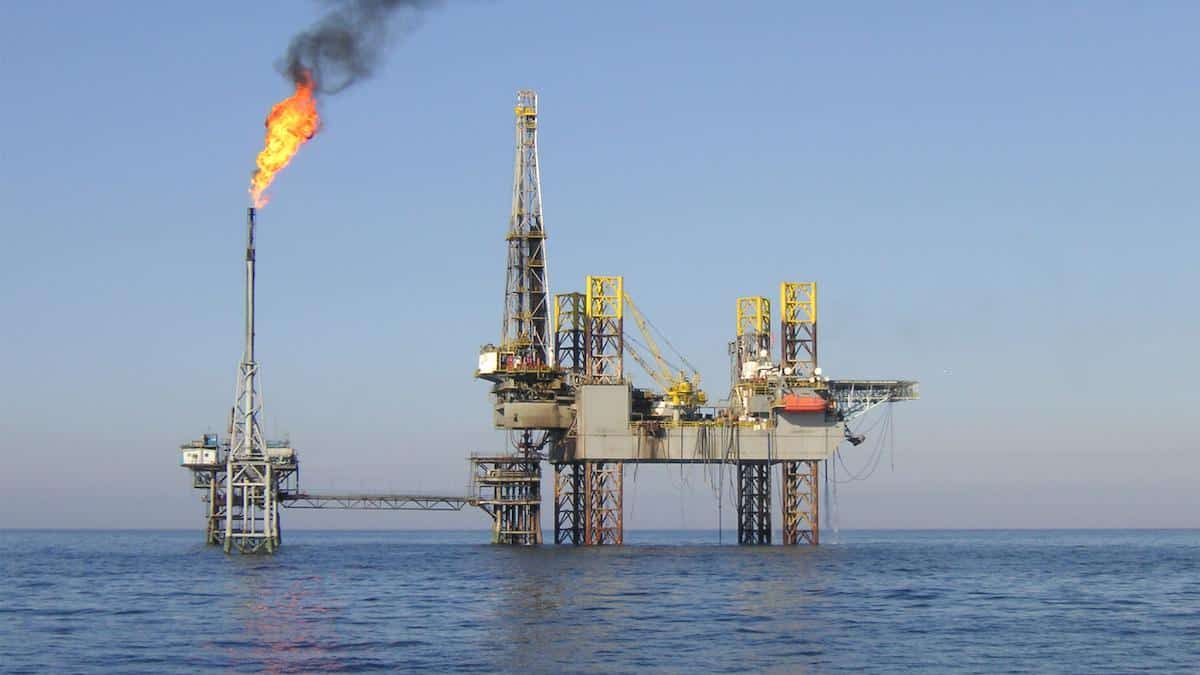 An offshore drilling platform in the Gulf of Mexico. Rob_Ellis / E+ / Getty Images

In two days, the Biden administration will oversee the largest offshore oil and gas lease sale in U.S. history.

The sale will make more than 80 million acres in the Gulf of Mexico available for drilling, HuffPost reported. That’s an area larger than the state of New Mexico, and it would add 1.1 billion barrels of oil and 4.4 trillion cubic feet of natural gas to global production over the coming decades, despite the fact that scientists agree we must rapidly reduce greenhouse gas emissions in order to avoid the worst impacts of the climate crisis. While the administration says it was forced to go ahead with the sale by a court decision, environmental activists argue it could have done more to fight back.

“You promised to address the climate crisis with the urgency it deserves, and in Glasgow, you assured the world that your plans to cut emissions are a fait accompli, not mere rhetoric,” a coalition of 267 Indigenous and environmental groups wrote in a letter to President Joe Biden protesting the sale. “Selling more than 80 million acres in the Gulf of Mexico for oil and gas development just days after the international climate talks makes a mockery of those commitments.”

.@POTUS, you can’t be a #ClimatePresident while allowing for fossil fuel expansion on public lands & oceans. Showing up at #COP26 w/ a major lease sale scheduled is a failure of leadership. #BidenKeepYourPromise #NoNewLeases #BuildBackFossilFree pic.twitter.com/5G6rtfdtTs

The sale comes the week after the COP26 climate conference concluded in Glasgow, during which Biden promised the U.S. would “hopefully lead by the power of our example” and reduce emissions by around 50 percent of 2005 levels by 2030, NPR reported.

“The administration has made clear that it disagrees with the ruling and the Department of Justice has appealed it, but the government must comply with it in the meantime,” White House spokesman Vedant Patel said in a statement emailed to HuffPost.

However, the Indigenous, environmental, frontline, business and social justice groups that signed last week’s letter pointed out that the area offered for sale was even larger than what was originally proposed by the Trump administration, and that the Biden administration concluded that the sale would not contribute to the climate crisis and did not consider new information about its potential impacts on climate, frontline communities and vulnerable species.

A coalition of environmental groups including Friends Of The Earth, Healthy Gulf, the Sierra Club and the Center for Biological Diversity (CBD) also sued the Interior Department in August to block the sale.

Earthjustice attorney Drew Caputo argued to HuffPost that there is more the Biden administration could have done to stop the sale:

“I’m not saying there wouldn’t be legal and political consequences of taking any of these steps. I assume that the industry and their political allies would sue instantly,” Caputo told HuffPost. “But we have an unbroken, scientific consensus that we are out of time to take action to deal with climate change. Given the fact that 25% of U.S. carbon emissions come from federal oil, gas and coal, there is no way the U.S. can meet its climate obligations by continuing to operate the program with business as usual. And that’s what proceeding with this lease sale does.”