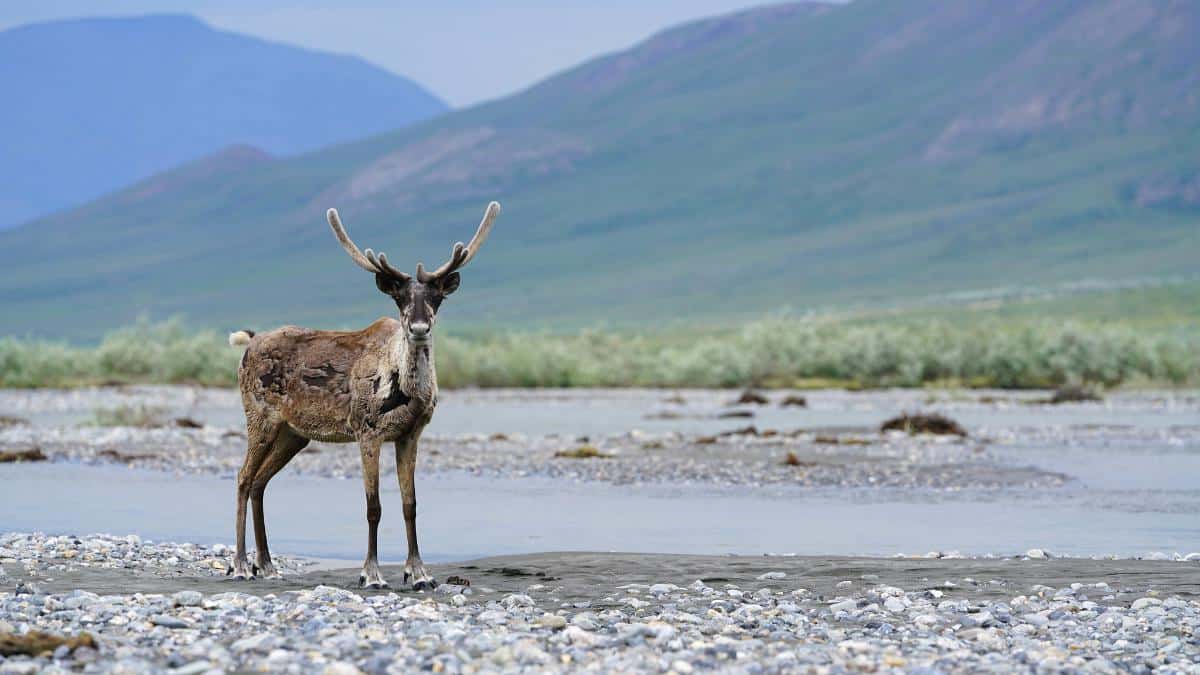 A caribou in the Arctic National Wildlife Refuge on July 3, 2019. Danielle Brigida / CC BY 2.0

The Department of the Interior on Tuesday suspended oil and gas leases in Alaska‘s Arctic National Wildlife Refuge until a comprehensive analysis can determine the environmental impact of drilling in the area.

A review “identified defects in the underlying record of decision supporting the leases, including the lack of analysis of a reasonable range of alternatives” required under the National Environmental Policy Act (NEPA), ABC News reported.

The suspension includes 10-year leases that the Bureau of Land Management (BLM) issued on Jan. 6, 2021, which span more than 430,000 acres of the refuge, a press release stated.

“There is still more to be done. Until the leases are canceled, they will remain a threat to one of the wildest places left in America,” Kristen Miller, conservation director of the Alaska Wilderness League said in a statement.

The decision to suspend leases in the refuge also came just one week after the Biden administration defended another Trump-era oil and gas project. The Willow Project in the North Slope of Alaska is slated to produce more than 100,000 barrels of oil a day for the next 30 years, The New York Times reported. The ConocoPhillips drilling endeavor would be located in the National Petroleum Reserve–Alaska, an area earmarked by the federal government for oil extraction, according to a press release by the Office of Alaska Governor Mike Dunleavy. Gov. Dunleavy argues that communities in the area rely on oil and gas projects, while environmental groups sued the federal government, arguing that the environmental impacts of the project had not been taken into account, The New York Times wrote.

According to the National Climate Assessment, Alaska has warmed more than twice as fast as the rest of the United States over the past 60 years. According to The New York Times, Miller said that “burning oil produced by the Willow project over its lifetime would create nearly 260 million metric tons of carbon dioxide emissions — about the equivalent of what is produced by 66 coal-fired power plants. But, she argued, the infrastructure also will lead to new oil and gas projects in the region.”