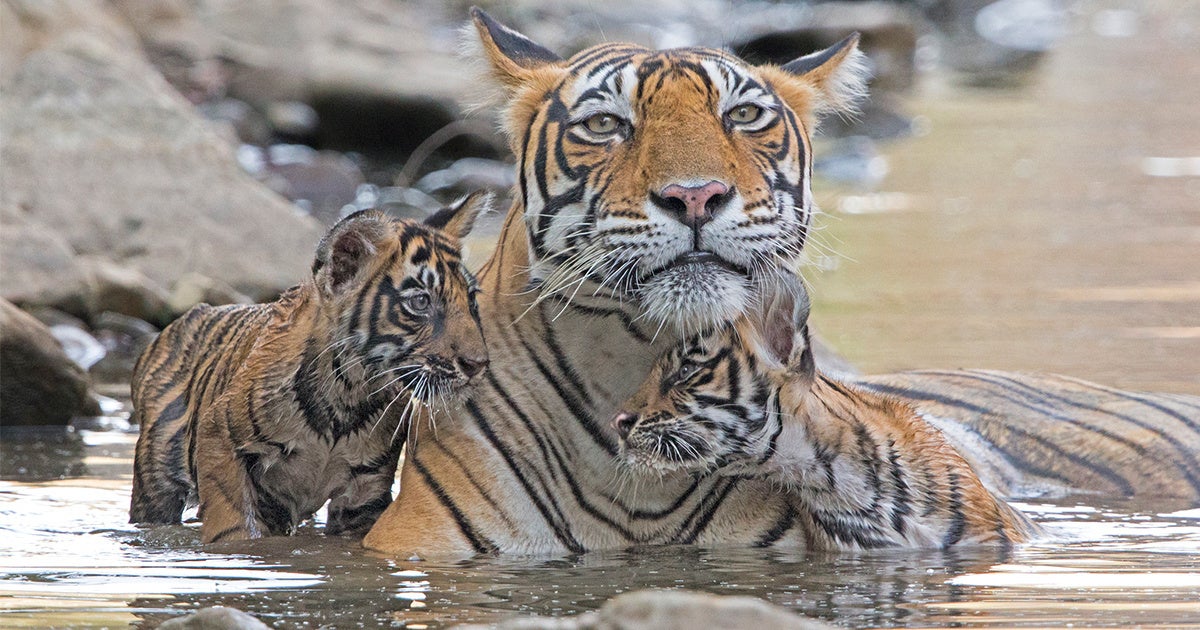 Climate change may wipe out the world’s only mangrove-living Bengal tiger population in just 50 years, according to a new analysis conducted by the United Nations.

According to the report, extreme temperatures and sea level rise are threatening a 4,000-square-mile diverse ecosystem known as the Sundarbans. Located in southern coastal Bangladesh, nearly three-quarters of land here is just a few feet above sea level.

“Spanning more than 10,000 square kilometers, the Sundarbans region of Bangladesh and India is the biggest mangrove forest on Earth, and also the most critical area for Bengal tiger survival,” said lead-author Sharif Mukul, an assistant professor at Independent University Bangladesh, in a press release earlier this year.

Researchers used framework found in two climatic scenarios as predicted by the Intergovernmental Panel on Climate Change (IPCC) to compare computer simulations with current distribution data of land-use and landcover factoring in extreme weather events and sea-level rise. They found that climate change will have a “substantial negative impact” on habitats found in low-lying regions — and the animals that call them home.

“Our model predicts that due to the combined effect of climate change and sea-level rise, there will be no suitable Bengal tiger habitat remaining in the Sundarbans by 2070,” wrote study authors in Science of the Total Environment.

As The New York Times notes, Panthera tigris tigris are among nearly 500,000 other land species that face similar survival threats. However, as human encroachment and development reduces their major habitat — paired with climate extremes and rising sea levels — Bengal tigers will likely be getting hit with a “double whammy.”

The IPCC has reported the very real impacts of human-caused climate change as greenhouse gas emission levels continue to climb beyond historic levels. In particular, tropical Asia is one of the most vulnerable regions to climate change with one of the highest rates of deforestation in the world and the many endemic threatened species who call it home.

But the authors are quick to note that there is still hope.

“The more of the Sundarbans that can be conserved — via new protected areas and reducing illegal poaching — the more resilient it will be to future climatic extremes and rising sea levels,” said study co-author Bill Laurance, adding that enhancing terrestrial protected area coverage, along with monitoring, law enforcement implementation, and building awareness among local residents may help ensure the long-term survival and conservation of local tigers.

Once abundant, the endangered Bengal tigers are now mainly confined to small regions of India and Bangladesh with just over 2,500 left in the world. The largest predator found across the continent has seen its populations drop by 96 percent from almost 100,000 individuals at the turn of the 20th century due to habitat loss, hunting and illegal trade of tiger parts.