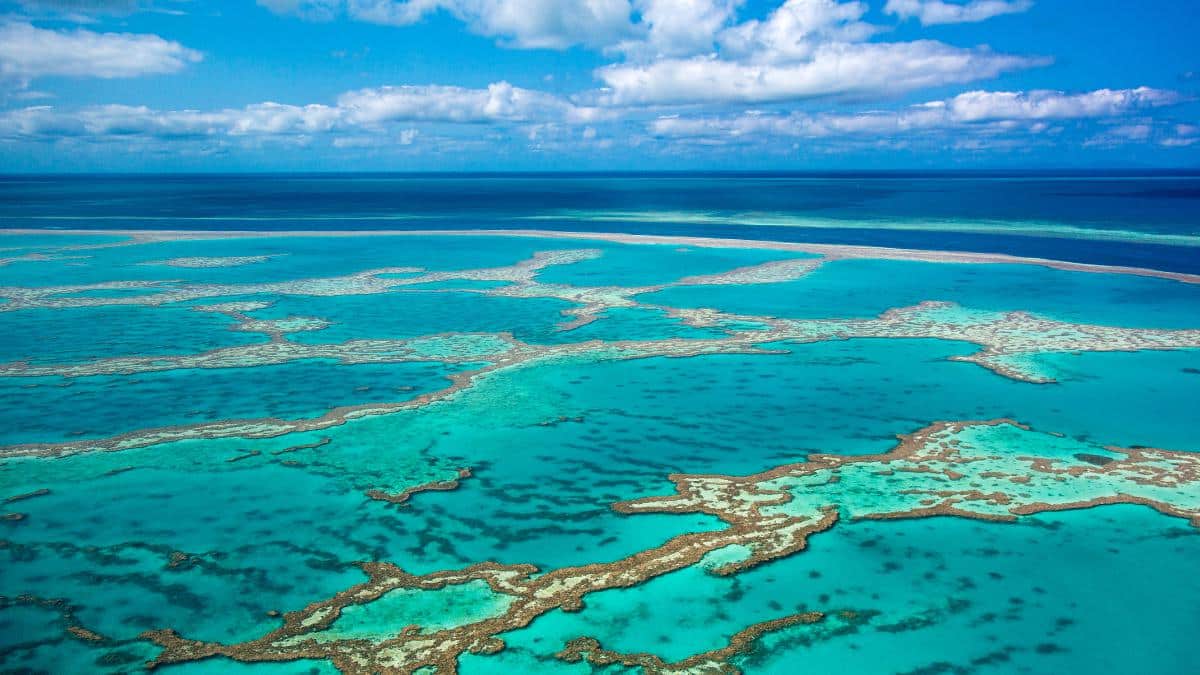 The world’s oceans and coastal ecosystems can store remarkable amounts of carbon dioxide. But if they’re damaged, they can also release massive amounts of emissions back into the atmosphere.

Highlighting their need for conservation, the UNESCO published a report assessing these ecosystems’ critical role in mitigating climate change.

The report was the first of its kind to quantify blue carbon — carbon dioxide removed from the atmosphere from ocean ecosystems — across the 50 UNESCO Marine World Heritage sites. The report found six marine World Heritage Sites in Australia hold 40 percent of the estimated five billion tons of carbon dioxide stored in mangrove, seagrass and tidal marsh ecosystems within these sites, Edith Cowan University wrote in a statement.

“We know Australia contains some of the world’s largest stores of blue carbon due to the enormous size and diversity of our marine ecosystems,” the report author and ECU research fellow Dr. Oscar Serrano said, according to ECU. Included in these six marine World Heritage sites are Australia’s Great Barrier Reef, Ningaloo Coast and Shark Bay World Heritage areas, which together contain a majority of Australia’s blue carbon habitats. “However, here in Australia and around the world, these ecosystems are under threat from human development and climate change,” Serrano added.

These threats include pollution, like plastic litter, and climate change, UNESCO reported. This is an increasing problem not just in Australia, but among marine World Heritage sites globally, including ecosystems like the Sundarbans mangroves in India and Bangladesh, Everglades National Park in the U.S., the Wadden Sea in Denmark, Germany and the Netherlands, UNESCO noted.

Although blue carbon ecosystems represent less than one percent of the global ocean area, they store about half of the carbon dioxide via the world’s oceans, absorbing carbon 30 times faster than rainforests, ECU wrote in a statement. But if these blue carbon ecosystems are not conserved, they could increase global carbon emissions.

“While they’re healthy, blue carbon ecosystems are excellent stores of carbon dioxide, but if they are damaged, they can release huge amounts of carbon dioxide stored over millennia back into the atmosphere,” Serrano added, according to ECU.

In 2011, for example, nine million tons of stored carbon dioxide were released following a marine heatwave that killed about one-third of the area’s seagrass in the Shark Bay, The Guardian reported.

“By quantifying the carbon value of these sites and recommending specific blue carbon strategies to conserve them, UNESCO’s research findings point the way for countries, regions, and local communities seeking to conserve these areas and pursue blue carbon strategies,” UNESCO wrote in a press release. This could mean including assets, like investing in the restoration and conservation of blue carbon ecosystems, into Nationally Determined Contributions, each country’s pledged actions in the Paris agreement.

Currently, the Australian government is leading by example, developing a system to create carbon credits for restoration projects on increasing blue carbon stocks in marine ecosystems, The Guardian reported.

“There are significant opportunities for both the Great Barrier Reef and Shark Bay to be protected and restored to ensure they survive and thrive in the future,” Serrano added, according to ECU.