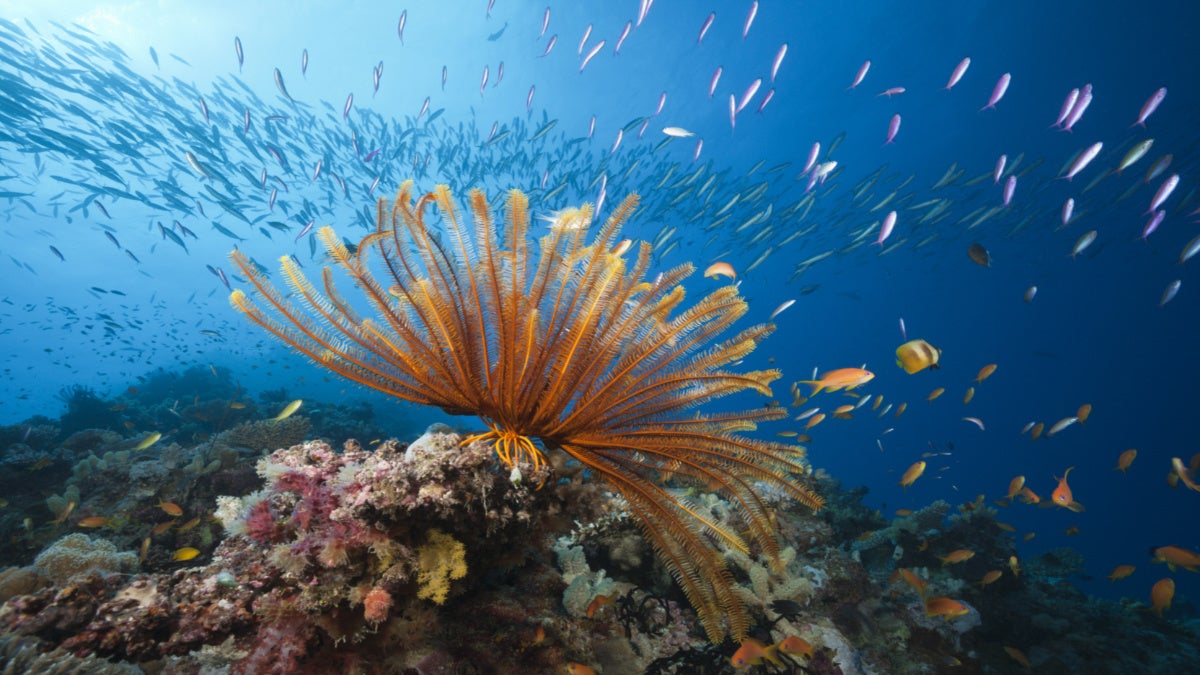 The future for the world’s oceans often looks grim. Fisheries are set to collapse by 2048, according to one study, and 8 million tons of plastic pollute the ocean every year, causing considerable damage to delicate marine ecosystems. Yet a new study in Nature offers an alternative, and more optimistic view on the ocean’s future: it asserts that the entire marine environment could be substantially rebuilt by 2050, if humanity is able to step up to the challenge.

The key to success, the authors say, is lessening the impact and stresses on the ocean, while restoring damaged ecosystems, and trying to reduce carbon emissions that drive climate change.

This study examines nine parts of the ocean in detail — salt marshes, mangroves, seagrasses, coral reefs, kelp, oyster reefs, fisheries, megafauna, and the deep ocean — and suggests critical and realistic steps that can be taken to restore and protect these areas.

The authors refer to several models of success for reversing the decline of marine life. For instance, the global wildlife trade treaty CITES and and a 1982 moratorium on commercial whaling have reduced hunting of endangered species and helped protect the critical habitats these species depend upon. Depleted fish populations have also rebounded in response to proper management techniques.

While the study fosters an optimistic view of future ocean health, it concedes that some parts of the ocean will be more difficult to restore. For instance, coral reef systems have the added pressure of bleaching events due to climate change, and the process of restoring damaged reefs is slow and expensive. However, the study notes that there are efforts to discover coral that’s resistant to temperature change and bleaching events.

Restoring the oceans would be no small feat, and would require stable governmental policies, a large financial investment, and the continued evolution of scientific advances and technologies, the authors say. Action would also need to take place within a very short space of time.

But the biggest obstacle to restoring the oceans is mitigating the effects of climate change, according to Callum Roberts, a co-author of the study and professor at the University of York in the U.K.

“Climate change is the big problem that is looming over everything because it makes recovering nature harder, and as the climate changes, it’s going to become more difficult,” Roberts told Mongabay. “That’s why we have to act very quickly now to start restoring nature, because that’s going to help human societies to adapt over time, as well as to allow nature a better chance to survive and thrive through a changing climate.”

Despite the challenges, Roberts says he believes the oceans are incredibly resilient. This is evident in marine protected areas (MPAs), where fishing and other human activities are prohibited, Roberts says.

“I’ve seen in localized areas how recovery can take place, and how it can take place quite quickly and spectacularly,” he said. “When you protect areas, you can predict very easily the way that the response will go. You start off with things becoming more abundant, living longer, producing more offspring. Then you see the reconstruction of habitat structures on the seabed or kelp forests, then the return of some of the rarer things.”

This year was supposed to be the “Ocean Super Year,” with several ocean-related meetings and negotiations meant to take place, including the 4th High Seas Treaty negotiation, the U.N. Ocean Conference, Monaco Blue Initiative, and the International Maritime Organization, which included a session with the Marine Environment Protection Committee. However, most have been cancelled or postponed due to COVID-19.

The pandemic itself has also prompted some reprieve for the oceans from human pressure, although Roberts said it’s too early to identify the long-term effects.

“A lot of fishing boats are tied up right now, and that’s definitely going to give a short-term benefit to marine life,” he said. “Longer term, I don’t know. But I think there will be a lot of thinking done after this crisis about how we need to do things better.”