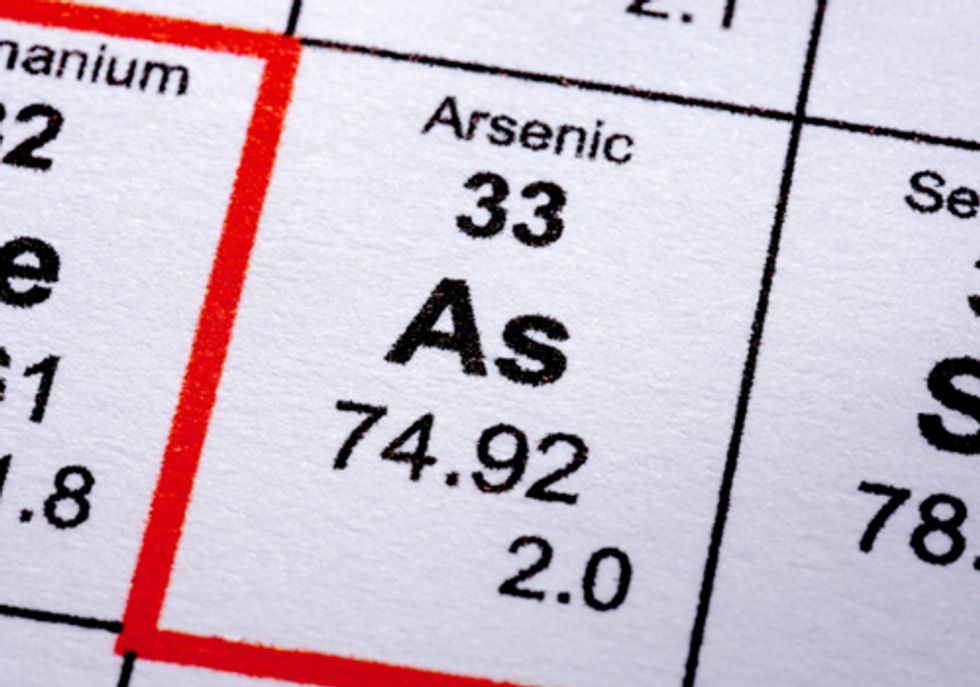 A recently published study by researchers at Dartmouth College has called into question the presence of arsenic in some organic products. While the study itself focused on infant formula, health bars and high energy foods, the resulting interpretation of the findings failed to address the arsenic issue as a serious concern for all food production, the Organic Trade Association (OTA) points out.

“In fact, organic production practices are part of the solution to reducing the application of arsenic-laden herbicides, as well as toxic and persistent pesticides known to create health problems,” said Christine Bushway, OTA’s executive director and CEO. She added, “These applications are prohibited in organic agriculture. Moreover, this is verified through third-party inspection and strict regulations.”

Arsenic is a natural element that can contaminate soil, as well as groundwater used for drinking and irrigation. Legacy residues from decades of routine use of arsenic-based herbicides and insecticides pose a real threat to all food production, organic and conventional. Regardless of how it is raised, rice plants growing in soils still contaminated with arsenic will extract the element from the soil, and some will be present in the grain harvested from those plants.

Past research has also confirmed the presence of hot-spots for arsenic soil contamination, as well as areas free, or nearly free of arsenic residues in soil. Any rice product destined for baby food or children’s food should come only from regions known to have arsenic-free soils. Prevention is a core principle of organic farming and food processing, and will drive the response to this new challenge across the organic food industry.

“The levels of exposure and risk from arsenic in certain infant food products documented in this new paper published Feb. 16 in Environmental Health Perspectives online are serious and warrant government action. However, it is not uncommon in the food supply nor unique to rice or arsenic,” said Charles Benbrook, chief scientist at The Organic Center.

He added, “Every day, millions of servings of fresh fruits and vegetables, and less frequently fruit juices expose children to pesticide residues and risk above EPA-set safe levels, and sometimes at levels several-fold above what EPA regards as acceptable. A significant share of these high-exposure food servings contains residues of neurotoxic organophosphate (OP) insecticides. Some imported fresh fruits and vegetables pose risks several-fold higher than domestically grown produce, and also deserve more attention by regulators. In the interim, consumption of organic fruit and vegetables is the surest way to avoid high-risk pesticide exposures.”

Future arsenic exposures, Benbrook said, can be essentially eliminated by the food industry by mapping arsenic contaminated soils and groundwater resources, as well as areas largely free of arsenic. The crops known to extract arsenic from the soil or irrigation water should be limited to arsenic-free areas.

Agreeing with researchers that it is time for the U.S. Food and Drug Administration and U.S. Environmental Protection Agency to work together to set and enforce regulatory limits on arsenic in our food supply, Bushway said OTA, for its part, will put together a task force to proactively work on solutions to address this issue within the organic industry.

The Organic Trade Association (OTA) is the membership-based business association for organic agriculture and products in North America. OTA is the leading voice for the organic trade in the United States, representing over 6,500 organic businesses across 49 states. Its members include growers, shippers, processors, certifiers, farmers' associations, distributors, importers, exporters, consultants, retailers and others. OTA’s Board of Directors is democratically elected by its members. OTA's mission is to promote and protect the growth of organic trade to benefit the environment, farmers, the public and the economy.