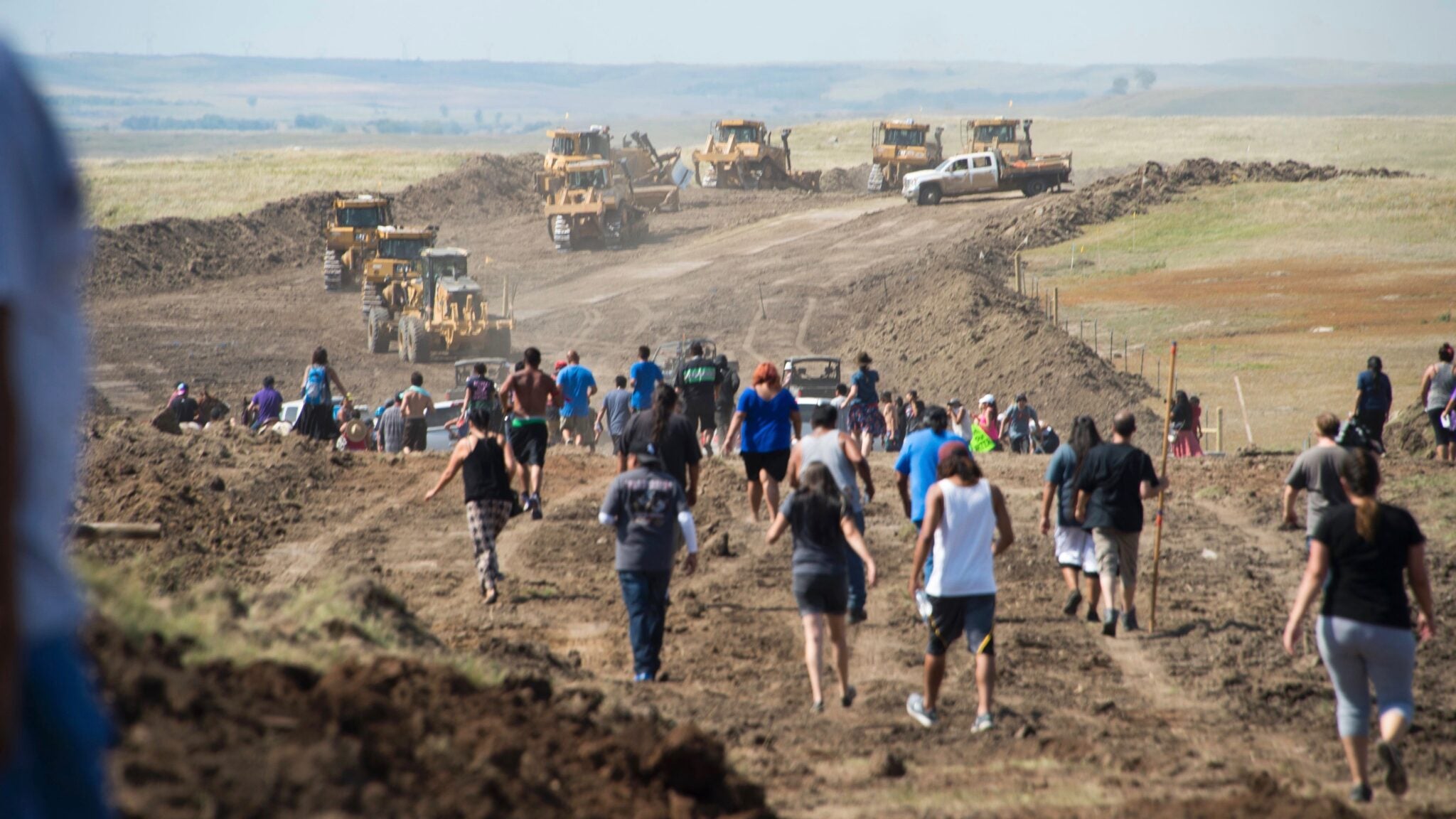 Update, April 20: This article has been updated to include the fact that the final Kentucky bill was amended to narrow the scope of the new penalties.

Between March 16 and March 25, the governors of Kentucky, South Dakota and West Virginia all signed laws designating oil and gas pipelines and facilities “critical” or “key” infrastructure and imposing new penalties for anyone caught tampering with them, HuffPost reported Friday. The laws came as much of the nation was absorbed by the spread of the new coronavirus, which has killed more than 2,000 people in the U.S. so far.

“While we are all paying attention to COVID-19 and the congressional stimulus packages, state legislatures are quietly passing fossil-fuel-backed anti-protest laws,” Greenpeace USA researcher Connor Gibson, who alerted HuffPost to the laws’ passage, told the news site. “These laws do nothing new to protect communities. Instead they seek to crack down on the sort of nonviolent civil disobedience that has shaped much of our nation’s greatest political and social victories.”

The push to criminalize anti-fossil fuel protests predates the coronavirus pandemic, however, and is part of a broader conservative movement to pass legislation that makes civil disobedience more difficult, as Greenpeace pointed out last year.

Since 2015, bills have been introduced that target particular movement tactics like boycotts, strikes and traffic blockage and increase the penalties for already-illegal activities. In the case of anti-pipeline protests, the laws have sold themselves as protecting “critical infrastructure” but follow a very specific playbook, as Greenpeace explained:

So what exactly do the three most recent laws say?

The Kentucky law, signed by Democratic Gov. Andy Beshear March 16, designates “natural gas or petroleum pipelines” as “key infrastructure assets.” The area designated as key infrastructure is not limited to areas that have been fenced off or marked with “no entry” signs. The law creates a new felony offense for “tamper[ing] with the operations of a key infrastructure asset… in a manner that renders the operations harmful or dangerous.” The final Kentucky bill was amended to narrow the scope of the new penalties from targeting “impeding” or “interfering” with a pipeline to focus only on “tampering.” It also got rid of liability for groups or people who funded pipeline tampering and restricted it to those who intentionally caused it.

South Dakota Gov. Kristi Noem (R) signed two laws this month that could have a chilling effect on protests, according to HuffPost. The first, signed March 18, counts all oil and gas facilities and equipment as critical infrastructure and increases the charges for “substantial interruption or impairment” of these facilities to felonies. The second, signed March 23, defines a “riot” as “any intentional use of force or violence by three or more persons, acting together and without authority of law, to cause any injury to any person or any damage to property” and creates a new felony offense for “incitement to riot,” according to the U.S. Protest Law Tracker.

The West Virginia law, signed by Gov. Jim Justice (R) Wednesday, also designates a wide range of oil, gas and utilities as “critical infrastructure” and increases fines and sentences for trespassing, trespassing with intent to “vandalize, deface, tamper with equipment, or impede or inhibit operations,” and actually vandalizing equipment or impeding operations, according to the U.S. Protest Law Tracker.

These bills are not the last on the horizon, according to HuffPost. Another passed the Alabama Senate in March, and similar legislation has been introduced in Illinois, Minnesota, Mississippi, Ohio and Pennsylvania.