Anti-Protest Legislation Is Threatening Our Climate 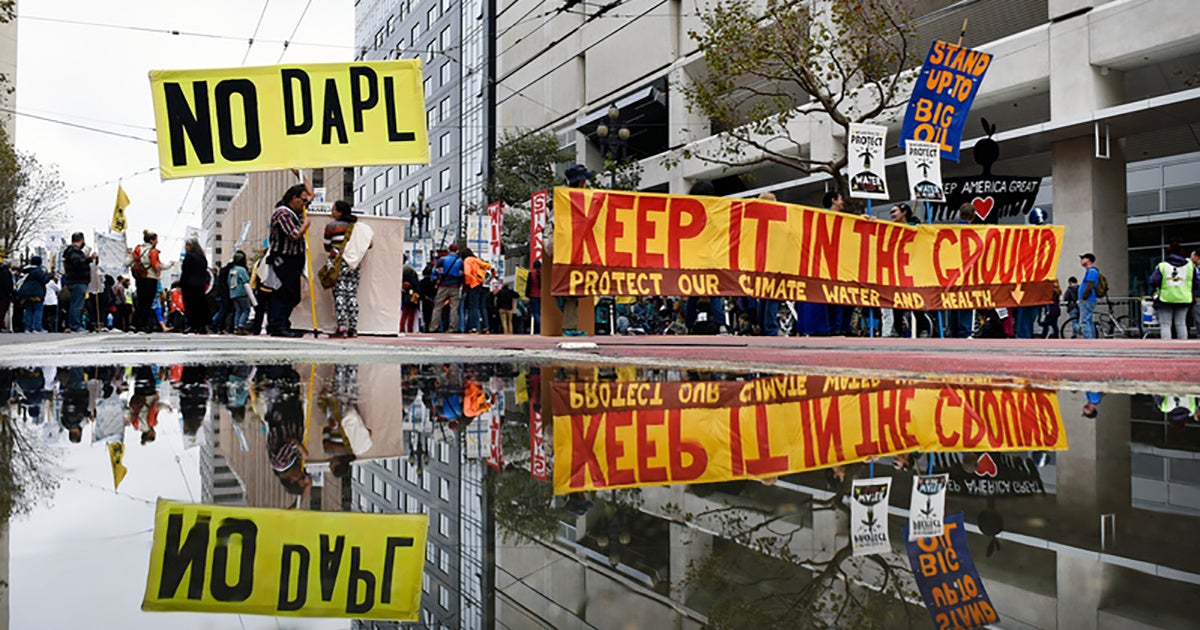 Standing Rock Supporters at the City Center Plaza of San Francisco in 2016. The protest was one of many in a global day of action against the Dakota Access Pipeline calling on the U.S. Army Corps of Engineers to cancel the permit for the project. Protests like these, which are vital to ensuring a future we can live in are at stake with these threatening legislative trends. Michael Short / Greenpeace

We only have about a decade to reverse course on the climate crisis. Activism opposing fossil fuel pipelines is needed more than ever. But activists are facing threats to their right to protest in state legislatures across the country. Lawmakers are introducing legislation to restrict the right to protest. These bills are often modeled on resolutions drafted by companies and passed through groups like the American Legislative Exchange Council (ALEC), the secretive group of corporate lobbyists trying to rewrite state laws to benefit corporations over people, and are usually supported by law enforcement groups. Advocates are fighting back, urging elected officials to vote against these bills. But even the mere introduction of these bills has the power to chill speech and curtail activism.

The International Center for Not-for-Profit Law has been tracking these bills where you can see nearly 100 have been introduced, so far.

The bills are not seeking to target protest generally, they are much more sneaky than that. Let me break it down.

Each category of bills attempts to criminalize a particular movement tactic, often to increase criminal penalties for already illegal conduct.

The trend emerged in 2015 and was first used against the boycott, divestment, and sanctions movement in support of the Palestinian rights. Anti-boycott legislation has been introduced, and in some cases enacted, on the federal level and in all but nine states. Another example is following large wildcat strikes in several states, bills have been introduced to limit the collective bargaining rights of public sector teachers unions. Bills targeting campus speech have been filed in response to student protests against white supremacists. And anti-mask wearing laws — which historically were designed to target the Klan — are now used to target anti-fascists.

But this was just the beginning.

By far the largest category of bills is designed to impact the Movement for Black Lives, which has used highway protests as one of its most successful tactics. Lawmakers introduced legislation that would increase penalties for these protests, and even bills that would remove liability for drivers who hit such protesters with their car. Thus far no anti-liability bills have actually been enacted, but this is hardly a victory, as introducing these bills discourages people from getting involved in the fight for racial justice.

And climate and anti-pipeline activists are also at risk. Fossil fuel pipeline protests, like we saw at Standing Rock and elsewhere, have been another target of those interested in passing these bills. The bills claim to protect “critical infrastructure” but are actually used to criminalize Water Protectors and environmental activism. The first of these bills was introduced and enacted in Oklahoma in 2017, a state with significant oil and gas interests, and the second largest Indigenous population in the country. When voting on these laws, Oklahoma legislators made clear that these bills were a direct response to pipeline protests.

Since that time, these bills have been introduced in nearly two dozen states, and enacted in five, though several more states are currently considering these bills.

We’ve seen this latter element play out in another form: strategic lawsuits against public participation (SLAPPs), like the one Energy Transfer, the company behind the Dakota Access Pipeline, brought against Greenpeace offices and others. The original lawsuit filed against Greenpeace sought 900 million dollars in treble (triple) damages under RICO, but a federal court recently dismissed the RICO claims with prejudice.

Under these new laws, the punitive fine organizations face can be as much as ten times the amount an individual might face. Energy Transfer is one of several companies that has been lobbying for these bills. The American Petroleum Institute — the lobbying arm of the industry — is also behind much of this.

We’ve got just over a decade to curb the worst effects of climate change. At a time where climate action is needed more than ever, our lawmakers must say no to fossil fuels and work to keep them in the ground. This session critical infrastructure bills have been introduced in 13 states, primarily in the Midwest. If you live in one of these states, contact your lawmakers and ask them to vote no. And let your friends and family know they can make a difference by speaking out. Time is running out. Take action and resist these attempts to silence dissent.

Maggie Ellinger-Locke is a staff attorney at Greenpeace USA.