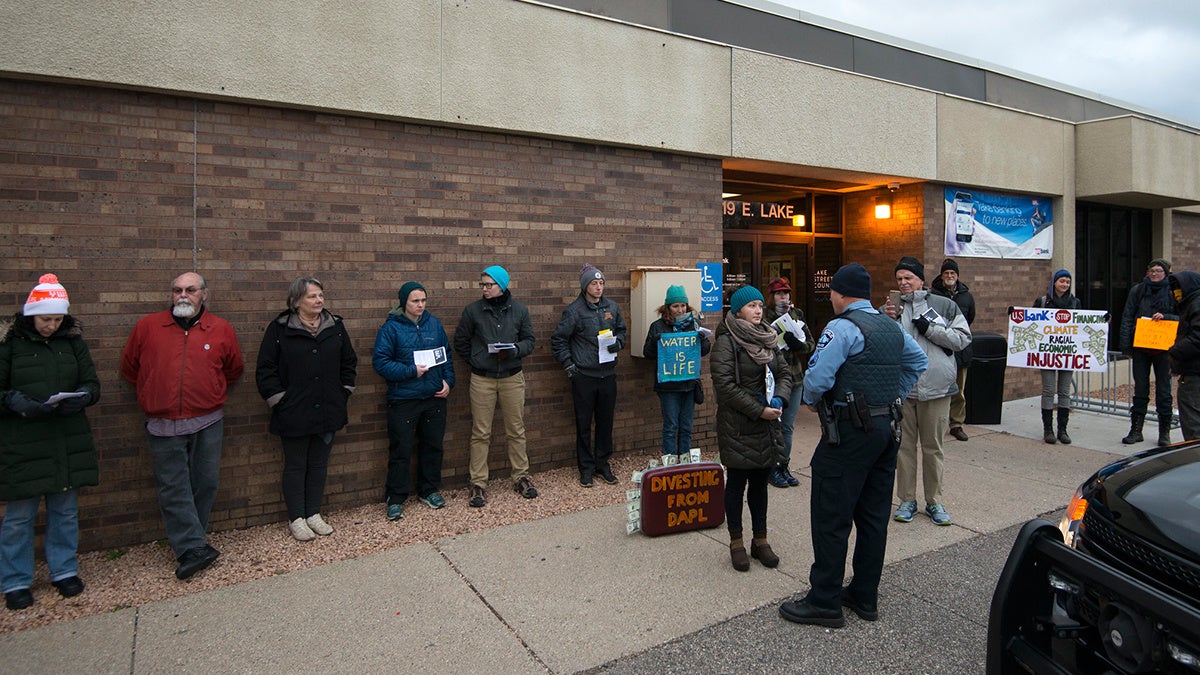 As a growing number of states move to pass laws that would criminalize pipeline protests and hit demonstrators with years in prison, an audio recording obtained by The Intercept showed a representative of a powerful oil and gas lobbying group bragging about the industry’s success in crafting anti-protest legislation behind closed doors.

Speaking during a conference in Washington, DC in June, Derrick Morgan, senior vice president for federal and regulatory affairs at the American Fuel & Petrochemical Manufacturers (AFPM), touted “model legislation” that states across the nation have passed in recent months.

“We’ve seen a lot of success at the state level, particularly starting with Oklahoma in 2017,” said Morgan, citing Dakota Access Pipeline protests as the motivation behind the aggressive lobbying effort. “We’re up to nine states that have passed laws that are substantially close to the model policy that you have in your packet.”

The audio recording comes just months after Texas Gov. Greg Abbott signed into law legislation that would punish anti-pipeline demonstrators with up to 10 years in prison, a move environmentalists condemned as a flagrant attack on free expression.

“Big Oil is hijacking our legislative system,” Dallas Goldtooth of the Indigenous Environmental Network said after the Texas Senate passed the bill in May.

As The Intercept’s Lee Fang reported Monday, the model legislation Morgan cited in his remarks “has been introduced in various forms in 22 states and passed in … Texas, Louisiana, Oklahoma, Tennessee, Missouri, Indiana, Iowa, South Dakota, and North Dakota.”

“The AFPM lobbyist also boasted that the template legislation has enjoyed bipartisan support,” according to Fang. “In Louisiana, Democratic Gov. John Bel Edwards signed the version of the bill there, which is being challenged by the Center for Constitutional Rights. Even in Illinois, Morgan noted, ‘We almost got that across the finish line in a very Democratic-dominated legislature.’ The bill did not pass as it got pushed aside over time constraints at the end of the legislative session.”