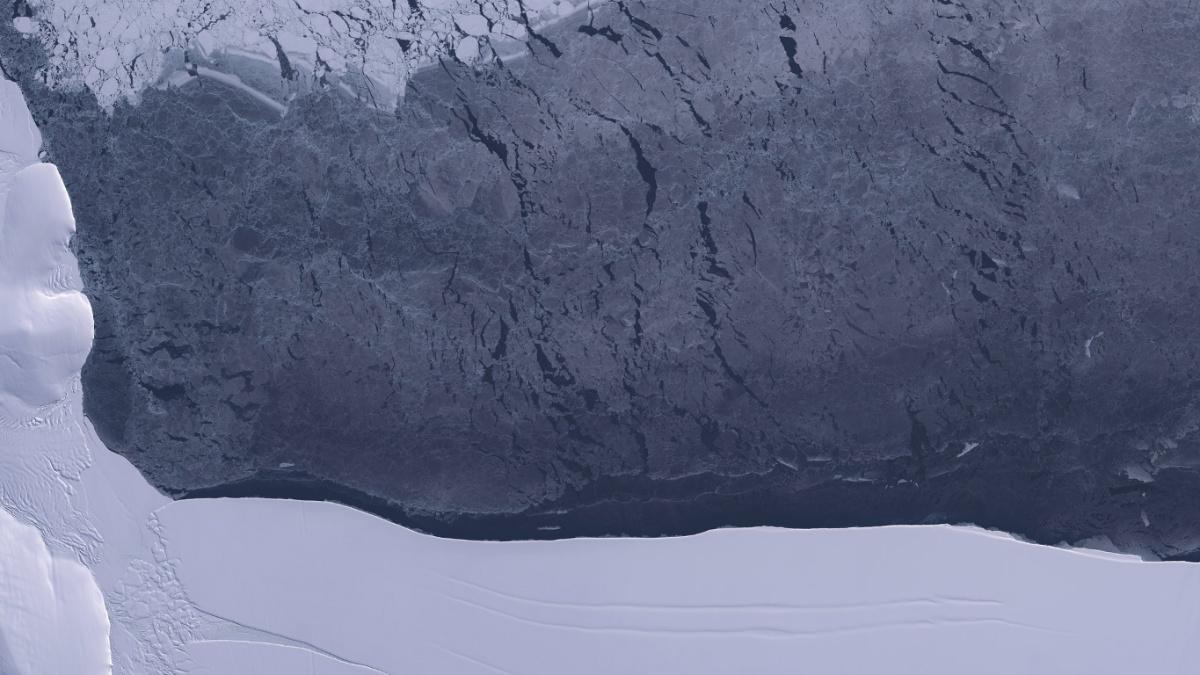 Scientists recently made an unexpected discovery while drilling for sediment on an Antarctic ice shelf.

The researchers were drilling on the Filchner-Ronne Ice Shelf, about 160 miles from the open ocean, and hit almost 3,000 feet when they caught surprising camera footage of sponges and other stationary animals on a sea floor boulder, according to a British Antarctic Survey (BAS) press release.

“It’s slightly bonkers,” Dr. Huw Griffiths, a BAS marine biogeographer and lead author on the paper announcing the find, told The Guardian. “Never in a million years would we have thought about looking for this kind of life, because we didn’t think it would be there.”

Accidental discovery of extreme life! Far underneath the ice shelves of the #Antarctic, there’s more life than expected: https://t.co/atdkiv1GrA

The discovery, published Monday in Frontiers in Marine Science, challenges previously held ideas about what types of life could survive beneath the ice. Previous expeditions observed mobile scavengers and predators such as fish and jellyfish, but scientists predicted life would become less frequent the further beneath the ice sheet one traveled from sunlight and open water, BAS explained. Discovering sedentary filter-feeders is especially surprising, because these types of animals depend on food reaching them from the surface. At the same time, little is known about the world beneath these ice sheets. They cover more than 0.6 million square miles, but scientists have only explored a tennis court-sized area.

“Our discovery raises so many more questions than it answers,” Griffiths said in the press release, “such as how did they get there? What are they eating? How long have they been there? How common are these boulders covered in life? Are these the same species as we see outside the ice shelf or are they new species?”

The food question is especially mysterious. Animals stuck to the sea floor subsist on a diet of “marine snow,” dead marine life remains that eventually sink to the bottom, WIRED explained. However, because these creatures are below the ice, researchers think the marine snow must be traveling horizontally. Still, the nearest productive areas are between 370 and 930 miles away — 133 times the seven miles marine snow must travel to reach the deepest part of the ocean.

To learn more, researchers now need to find a way to collect the animal specimens they have only seen on camera.

“To answer our questions we will have to find a way of getting up close with these animals and their environment – and that’s under 900 m of ice, 260 km away from the ships where our labs are,” Griffiths said in the press release. “This means that as polar scientists we are going to have to find new and innovative ways to study them and answer all the new questions we have.”

The researchers are also racing against the clock. The climate crisis threatens these ice shelves, along with the mysterious communities they support.

“There is a potential that some of these big ice shelves in the future could collapse,” Griffiths told WIRED, “and we could lose a unique ecosystem.”