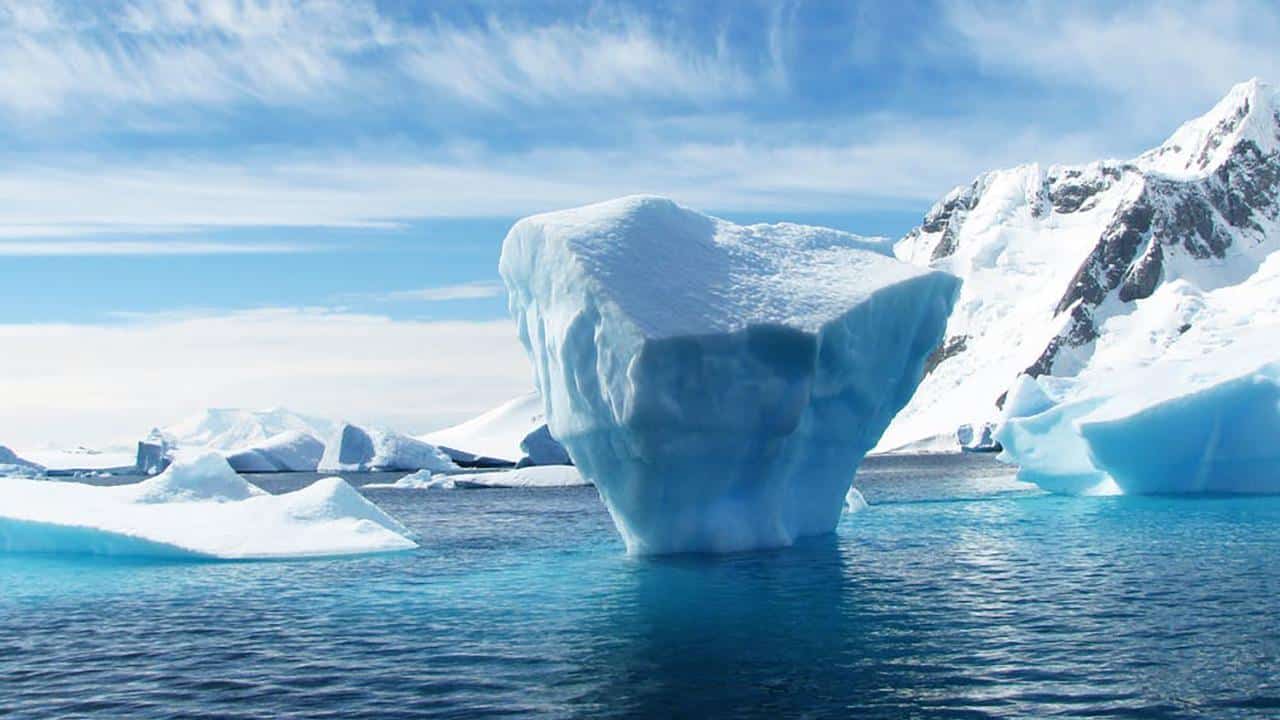 An ice shelf, as NASA explains, “is a thick, floating slab of ice that forms where a glacier or ice flows down a coastline.” They are found only in Antarctica, Greenland, Canada, and the Russian Arctic—and play a key role in limiting sea level rise.

“Ice shelves are important buffers preventing glaciers on land from flowing freely into the ocean and contributing to sea level rise,” explained Ella Gilbert, the study’s lead author, in a statement. “When they collapse, it’s like a giant cork being removed from a bottle, allowing unimaginable amounts of water from glaciers to pour into the sea.”

“We know that when melted ice accumulates on the surface of ice shelves, it can make them fracture and collapse spectacularly,” added Gilbert, a research scientist at the University of Reading. “Previous research has given us the bigger picture in terms of predicting Antarctic ice shelf decline, but our new study uses the latest modelling techniques to fill in the finer detail and provide more precise projections.”

Check out my piece for @ConversationUK on how & why #Antarctica's #IceShelves are at risk as global #temperatures risehttps://t.co/FHexybvWll

Gilbert and co-author Christoph Kittel of Belgium’s University of Liège conclude that limiting global temperature rise to 2°C rather than 4°C would cut the area at risk in half.

“At 1.5°C, just 14% of Antarctica’s ice shelf area would be at risk,” Gilbert noted in The Conversation.

While the 2015 Paris climate agreement aims to keep temperature rise “well below” 2°C, with a more ambitious 1.5°C target, current emissions reduction plans are dramatically out of line with both goals, according to a United Nations analysis.

Gilbert said Thursday that the findings of their new study “highlight the importance of limiting global temperature increases as set out in the Paris agreement if we are to avoid the worst consequences of climate change, including sea level rise.”

“If temperatures continue to rise at current rates,” she said, “we may lose more Antarctic ice shelves in the coming decades.”

The researchers warn that Larsen C—the largest remaining ice shelf on the Antarctic peninsula—as well as the Shackleton, Pine Island, and Wilkins ice shelves are most at risk under 4°C of warming because of their geography and runoff predictions.

“Limiting warming will not just be good for Antarctica—preserving ice shelves means less global sea level rise, and that’s good for us all,” Gilbert added.

All the more reason we need to push our leaders towards a quick end to the use of all fossil fuels! https://t.co/yrNUgjbkYG

“However, coastal areas all over the world would be vulnerable,” she warned, “and countries with fewer resources available to mitigate and adapt to sea level rise will see worse consequences.”

Research published in February examining projections from the Fifth Assessment Report of the U.N. Intergovernmental Panel on Climate Change as well as the body’s Special Report on the Ocean and Cryosphere in a Changing Climate found that sea level rise forecasts for this century “are on the money when tested against satellite and tide-gauge observations.”

A co-author of that study, John Church of the Climate Change Research Center at the University of New South Wales, said at the time that “if we continue with large ongoing emissions as we are at present, we will commit the world to meters of sea level rise over coming centuries.”

Parties to the Paris agreement are in the process of updating their emissions reduction commitments—called nationally determined contributions—ahead of November’s United Nations climate summit, known as COP26.