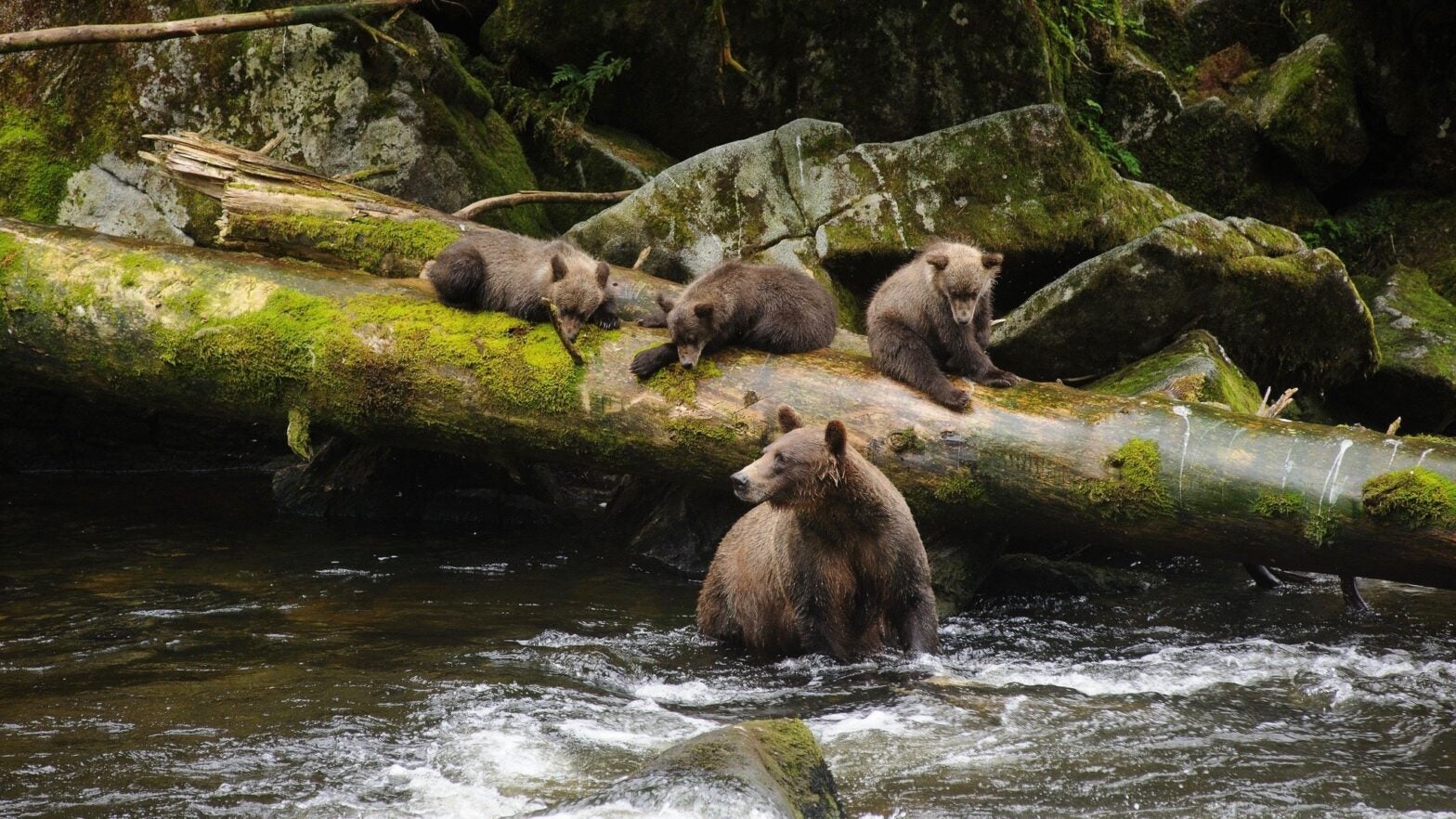 A sow and her cubs at Tongass National Forest in Alaska, the planet's largest intact temperate rainforest. Forest Service Alaska

President Donald Trump has reportedly ordered the U.S. Department of Agriculture to open Alaska’s 16.7 million-acre Tongass National Forest — the planet’s largest intact temperate rainforest — to logging and other corporate development projects, a move that comes as thousands of fires are ripping through the Amazon rainforest and putting the “lungs of the world” in grave danger.

The Washington Post, citing anonymous officials briefed on the president’s instructions, reported late Tuesday that Trump’s policy change would lift 20-year-old logging restrictions that “barred the construction of roads in 58.5 million acres of undeveloped national forest across the country.”

The move, according to the Post, would affect more than half of the Tongass National Forest, “opening it up to potential logging, energy, and mining projects.”

The logging restrictions have been under near-constant assault by Republicans since they were implemented, but federal courts have allowed them to stand. As the Post reported:

Trump’s decision to weigh in, at a time when Forest Service officials had planned much more modest changes to managing the agency’s single largest holding, revives a battle that the previous administration had aimed to settle.

In 2016, the agency finalized a plan to phase out old-growth logging in the Tongass within a decade. Congress has designated more than 5.7 million acres of the forest as wilderness, which must remain undeveloped under any circumstances. If Trump’s plan succeeds, it could affect 9.5 million acres …

John Schoen, a retired wildlife ecologist who worked in the Tongass for the Alaska Department of Fish and Game, co-authored a 2013 research paper finding that roughly half of the forest’s large old-growth trees had been logged last century. The remaining big trees provide critical habitat for black bear, Sitka black-tailed deer, a bird of prey called the Northern Goshawk and other species, he added.

Environmentalists were quick to voice outrage at the U.S. president’s reported move and draw comparisons between Trump and his Brazilian counterpart Jair Bolsonaro, who has rapidly accelerated deforestation in the Amazon.

Gotta keep up with the Bolsonaros I guess

“If the planet could talk,” wrote volcanologist Jess Phoenix, “it would be screaming in agony or weeping in despair. Maybe both.”