Trump to Remove Protections for Tongass National Forest, the ‘Lungs of North America’ 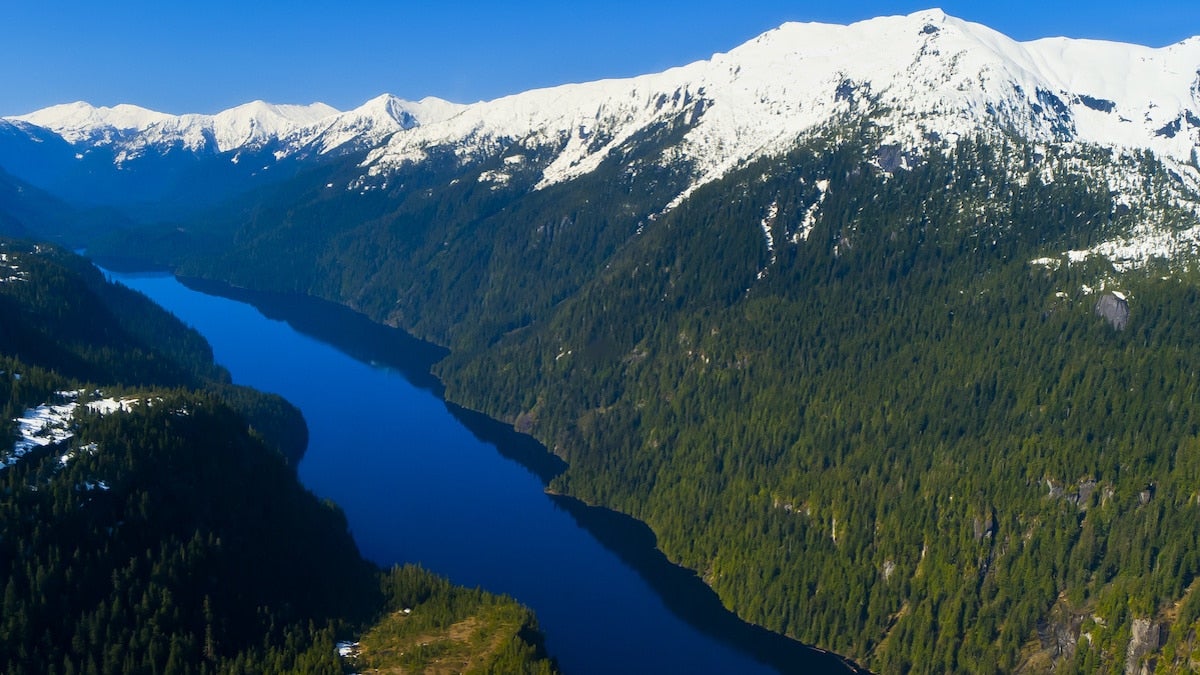 The Trump administration formalized its intention to open up Alaska’s pristine Tongass National Forest, an intact temperate rainforest, to logging and development, The Washington Post reported on Wednesday.

The U.S. Department of Agriculture (USDA) first announced its intention to lift the forest’s Roadless Rule last month, but it had to wait 30 days before entering its final decision into the federal register. The pre-publication notice posted Wednesday will enter the federal register Thursday and make it legal for companies to build roads and harvest timber from 9.3 million acres of the forest.

“While tropical rainforests are the lungs of the planet, the Tongass is the lungs of North America,” Dominick DellaSala, chief scientist with the Earth Island Institute’s Wild Heritage project, told The Washington Post. “It’s America’s last climate sanctuary.”

The Tongass National Forest is home to centuries-old western hemlock, cedar, and Sitka spruce trees. The forest teems with life and is noted for its rich biodiversity, including the largest-known concentration of bald eagles, according to The Guardian.

“The decision to rollback the Roadless Rule on the Tongass was made in spite of, not in support of, Southeast Alaskans and our communities,” Southeast Alaska Conservation Council Executive Director Meredith Trainor said in a statement. “In making this decision, the Trump Administration and the sham rulemaking process they undertook in our region ignored economic realities, environmental imperatives, and worst of all, the will of the people who actually live here.”

In fact, in the public comment period, 96 percent of the comments were in favor of keeping the rule in place, according to The Guardian. The lifting of the rule also ignores the resolutions from six southeast Alaska tribes and six nearby city councils opposed to lifting protections.

Tribes involved in the planning of a compromise to open up some of Tongass withdrew from the project two weeks ago.

“We refuse to allow legitimacy upon a process that has disregarded our input at every turn,” the tribal leaders wrote, according to The Washington Post.

The AP reported that a large portion of the roadless areas are wildlife habitats, as well as ice fields and glaciers “that exist nowhere else in the National Forest system,” according to the U.S. Forest Service.

And yet, the USDA insists that the move to lift the Roadless Rule from the forest “can be made without major adverse impacts to the recreation, tourism, and fishing industries, while providing benefits to the timber and mining industries, increasing opportunities for community infrastructure, and eliminating unnecessary regulations,” according to the AP.

“It’s ironic that this administration is trying to tout this president’s environmental record when [Trump is] unwinding environmental safeguards all over the place,” said Ken Rait, project director of the Pew Charitable Trust, as The Guardian reported. “And lifting protections on the Tongass, the nation’s flagship forest, is about the most egregious of all of them.”

Activists insists that they will take the fight to court to try to stop any development in the Tongass National Forest.

“As sure as the sun rises in the east, with our allies, we will sue to keep these magnificent giants standing for centuries to come,” said Randi Spivak, public lands director at the Center for Biological Diversity, who referred to the Tongass’ old-growth trees as giants, according to the AP.