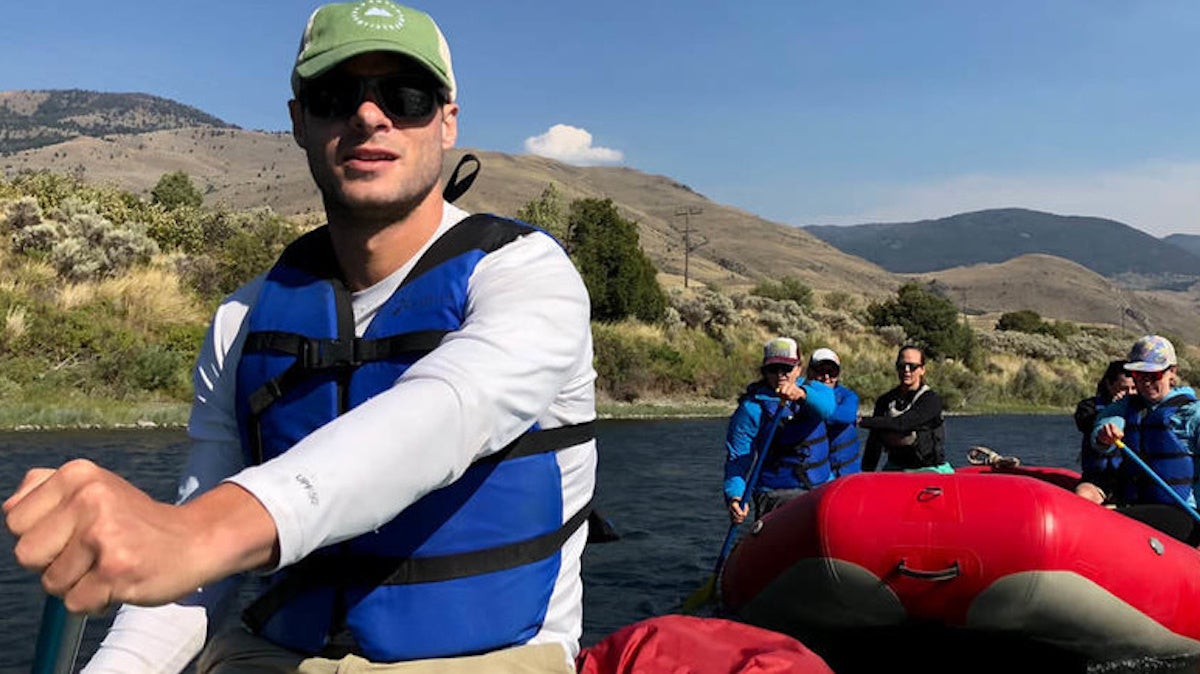 Gregg Treinish is the founder of Adventure Scientists and a World Economic Forum Young Global Leader. adventurescientists.org / our

For the great explorers of the 19th and 20th centuries, the prime motivation was getting to places no one had been before: “Because it’s there,” is what British mountaineer George Mallory famously replied when asked why he wanted to climb Everest.

But no longer. With all the biggest peaks climbed, poles reached and jungles explored, modern-day Mallories are seeking to solve even bigger challenges.

“It’s not enough to be just an explorer any more, it’s ‘been there, done that,'” said Gregg Treinish, who recruits today’s adventurers to conduct scientific research in some of the world’s most inaccessible places.

Over the last decade, Treinish’s organization Adventure Scientists has co-opted thousands of adventure travelers to do the field research that lab-based researchers could not. One of the first projects was getting Everest mountaineers to obtain samples of plants growing at almost impossibly high altitudes. U.S. researchers were able to determine how that moss could survive in such extreme conditions and used the results to develop methods of increasing yields and protecting crops from adverse weather events.

On the sea, Adventure Scientists has used a network of 6,000 citizen researchers to build what it believes is the world’s biggest database on microplastics in oceans around the world.

Treinish has been named on of the World Economic Forum’s Young Global Leaders (YGLs) for 2020 – joining an illustrious network of influential people aiming to improve the planet, alongside U.S. soccer star and gender equality campaigner Megan Rapinoe, and whose alumuni include actor and environmentalist Leonardo DiCaprio, Google co-founder Larry Page and German Chancellor Angela Merkel.

In his office in Bozeman, a small city in Montana near the foothills of the Rocky Mountains, 30-year-old Treinish is close to nature. But he did not start life there.

Growing up far from the mountains, in Cleveland, Ohio, he was thrown out of high school for, in his words, “being a jerk.” After a troubled childhood he found a form of redemption by communing with nature.

One of his first adventures was walking the Appalachian Trail – a hiking route in the eastern U.S. which at 2,200 miles (3,500 km) may be the longest in the world. It was there that, aged 22, he had his eureka moment.

“Half way through the trail, my girlfriend dumped me,” Treinish said. In frustration, he threw a rock against a tree, gouging a hole in it – something that made him realize how selfish he was being. Heading into the wilderness was not enough – he knew he had to give something back.

For a while Treinish provided “wilderness therapy,” taking teenagers struggling with drug and alcohol problems into the wild, and later turned to scientific research.

“I wanted two things: to understand ecology and to fight for plants, animals and the environment.”

Adventure Scientists trains the volunteers – most of them non-scientists – on how to collect data and samples with scientific rigor. And Treinish says he now wants to encourage scientists to use his network to be even more ambitious with their work.

“Take the blinkers off – how big are the questions that scientists can ask?”

And for explorers, the big scientific questions are the challenges they are seeking.

“In the early 20th century it was the biggest, the furthest, etc,” Treinish said. “People are now motivated again by these incredible challenges.”

Find out more about the Young Global Leaders class of 2020 here.