What 21 Stars Reveal About the Universe 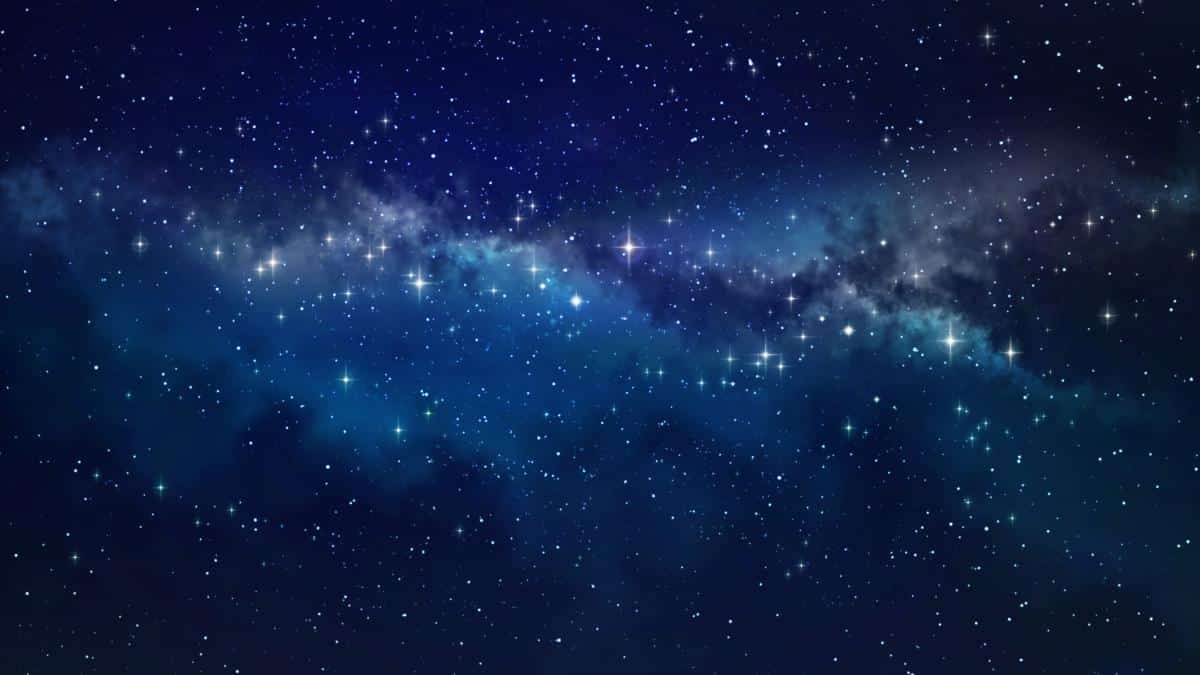 How do you whittle down the 200 billion in our Milky Way galaxy to a mere 21? Focus on the ones that have changed human understanding of the universe, as astronomer Giles Sparrow told DW.

DW: Let’s start with the basics: We often talk about stars in the night sky as though we could reach up and touch them. But even the nearest star to Earth is beyond our solar system — within our galaxy, the Milky Way, but almost too far to comprehend. When in writing your book A History of the Universe in 21 Stars (and 3 imposters), have you found a tangible way for non-astronomers to understand what we’re talking about?

Giles Sparrow: The most intuitive way of approaching it is first to understand that light is the fastest thing in the universe, and it travels at 300,000 kilometers a second. And so light from the moon takes about a second-and-a-half to reach Earth. When we sent astronauts to the moon, radio signals took about that time to reach the Earth as well.

If you compare that to objects at the edge of the solar system, you know, light may take a few hours to reach the Earth. Then the very nearest star, Proxima Centauri: Light from that star takes four years and three months to reach us.

So, I think, that gives you some idea of the scale. As for the rest of the universe, within the Milky Way, you’re talking about many thousands of years for light to reach us on Earth, and from distant galaxies it takes millions of years.

It certainly does put things into perspective, if we think that sending humans to the next planet from the sun, Mars, is hard enough. Yet these stars have contributed to our life on Earth. Is that what fascinates you about them, that distance? 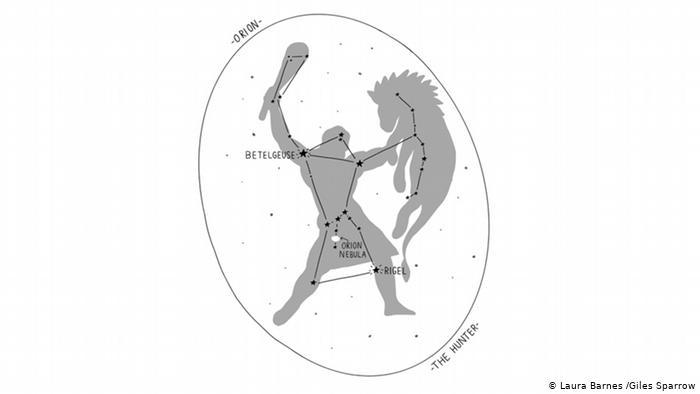 Illustration: Betelgeuse in “A History of the Universe in 21 Stars” by Giles Sparrow — a star big enough to turn supernova and explode.

It is fascinating. Unlike other forms of science, where you can chop things up or do experiments in a lab, with astronomy the only thing that we really have, apart from the occasional asteroid or meteorite that falls to Earth, is light and other radiations that have crossed all of this space.

Then, we pick them up with our telescopes on Earth and reconstruct the information. It often ends up being this amazing exercise in lateral thinking, because these things are physically so far beyond our reach. 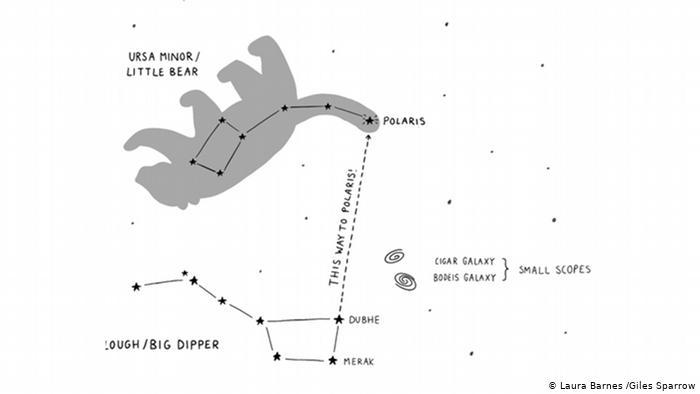 Illustration: Polaris and its constellation from “A History of the Universe in 21 Stars” by Giles Sparrow.

But that does raise the question: how reliable is our science on stars? We’re talking about 21 stars in your book out of how many billions… 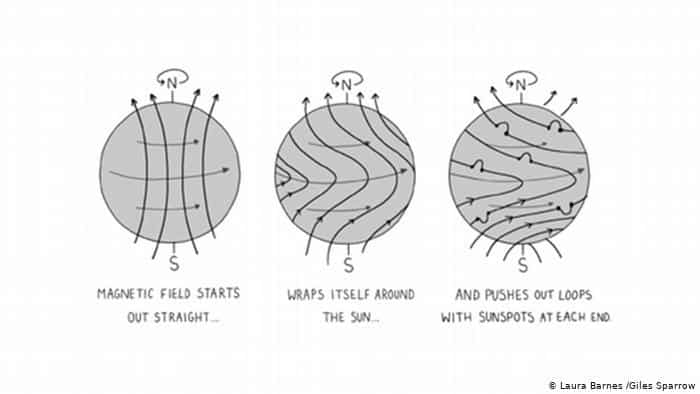 Illustration: Our sun is just one of 200 billion (and counting) stars.

The scientific method is a matter of making increasingly good approximations to whatever reality is. And sometimes you get big things that come along and upset all the previous thinking, like Einstein’s theories of relativity a century ago. So, yes, there are unanswered questions. But it feels like we understand the general principles pretty well and we’ve demonstrated them in nuclear fusion and experiments on Earth.

Now, you’ve narrowed down these billions upon billions of stars to just 21. What’s the thinking there?

Well, the 21 stars form an overview of all the different aspects of the science, the stars that have been critical to our understanding of astronomy and its history. So, for instance, there’s 61 Cygni, which is this obscure star in the constellation of a swan. It was the first star for which we worked out its distance. That was one of those lateral thinking tricks. 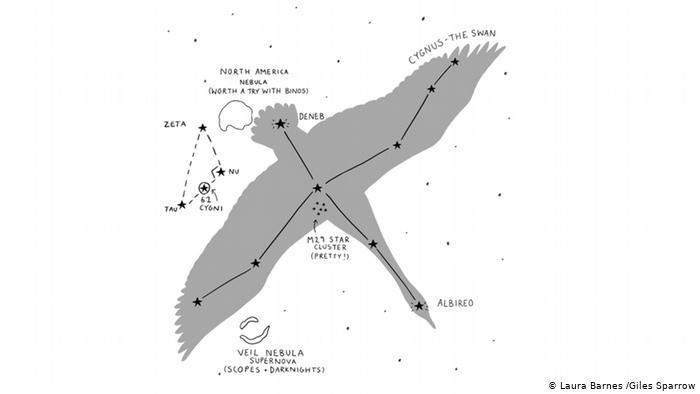 Illustration: 61 Cygni and its constellation from “A History of the Universe in 21 Stars” by Giles Sparrow.

You know how things appear to be in a slightly different position or direction when you look at them with one eye and then the other — the idea of parallax. Well, people had pointed out that if the Earth was going around the sun, why weren’t we seeing the stars shifting their positions?

And the reason for that was that the stars were vastly farther away than anyone had thought. It took a couple of hundred years before telescopes and measuring technology had advanced to the point where they could finally measure that distance. But that was the first step towards our working out the distances for other objects. 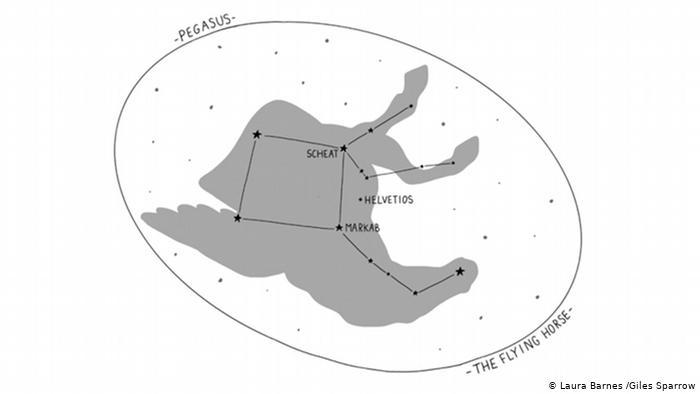 Illustration: Helvetios from “A History of the Universe in 21 Stars” by Giles Sparrow.

Then, a much more recent thing, we’ve got a star called Helvetios. That was the first star, where we found planets, eight of them, orbiting around it.

And the 3 imposters, what’s up with them?

To tell the entire story, you need to go beyond the stars. And the imposters were first mistaken for the stars. 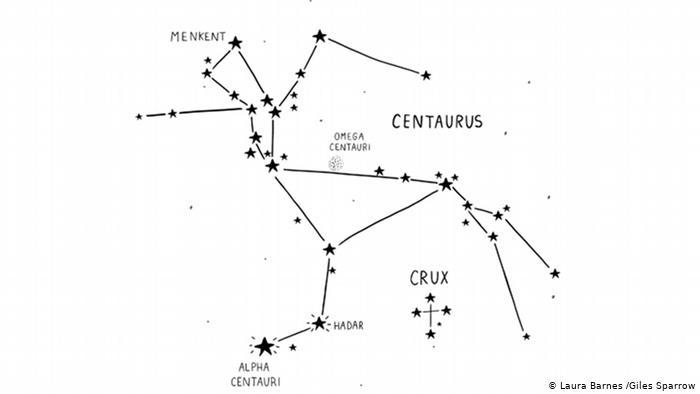 Illustration: Omega Centauri from “A History of the Universe in 21 Stars” by Giles Sparrow.

For instance, Omega Centauri, which is this enormous globular cluster, a huge spherical ball of stars, orbiting around the Milky Way. That was classed as a star when they first catalogued it and the Andromeda Galaxy was seen as a star.

Then there’s the first quasar, which means quasi-stellar object. They found this obscure star, giving off strange radio signals, relatively nearby. They realized it was this distant galaxy, billions of light years away, shining with such intense light that we could see it. 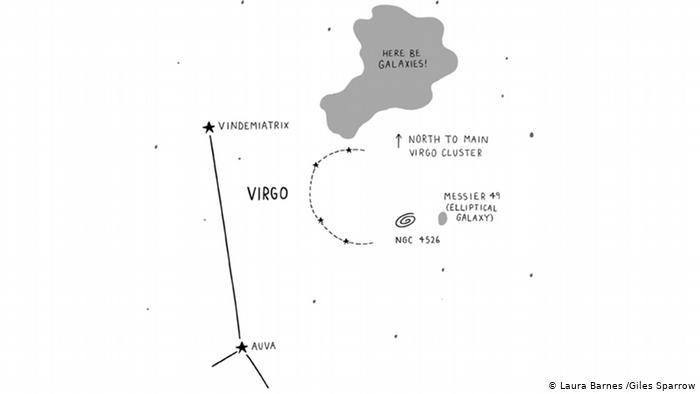 Long story, short: Supernova 1994D has helped scientists realize that the expansion of the universe is accelerating, not slowing.

And how do you feel about the idea of travelling to these distant locations? Is it worth it?

From a purely scientific point of view, you’d say: “Yes”. If it was just about looking at the stars, then you’re always going to come up against this problem that we have within our own solar system — when we send probes to investigate our own sun — they’re staying quite a safe distance from it. You can’t get within a few million kilometers without burning up your spacecraft.

On the other hand, we know, for instance, that Proxima Centauri, that first star close to Earth, has at least one planet orbiting it. And opinions differ, but it’s in the right area for it to be potentially habitable. But we think that Proxima might be too unstable for that because it’s giving off these very harsh stellar flares.

The prospect of investigating other solar systems is very enticing, though. Whether we do that using robot space probes and an awful lot of patience, or whether we find some way, whether it be suspended animation or warp drives, or any of these science fiction-ish ideas, which do have some scientific merit, that would be quite an adventure.