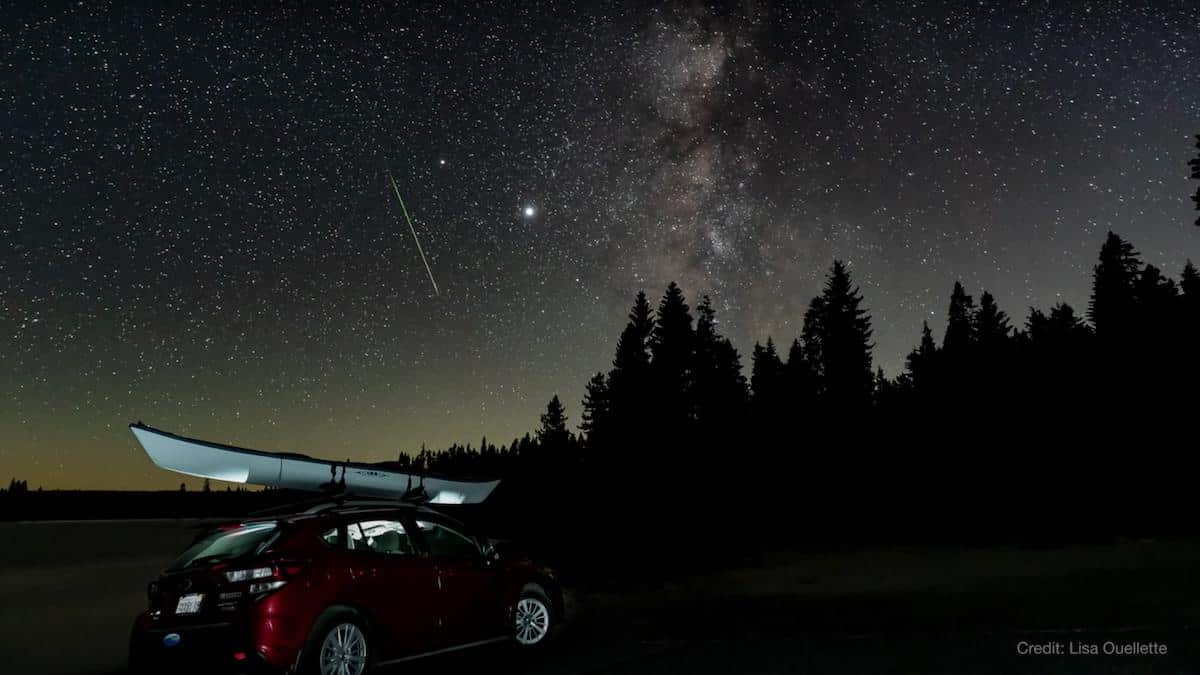 On Dec. 21, Jupiter and Saturn will be so closely aligned that they will appear as a "double planet." NASA Jet Propulsion Laboratory / YouTube

On Dec. 21, Jupiter and Saturn will be so closely aligned that they will appear as a “double planet,” Rice University astronomer Patrick Hartigan announced in a university press release. This is called a conjunction, and the last time such a close one between the two planets was visible from Earth was in 1226.

A conjunction occurs when two celestial objects appear close together when seen from Earth. The conjunction between Jupiter and Saturn occurs when the orbits of the two planets align with Earth’s, something that only happens once every 20 years and is referred to as a “great conjunction,” according to NASA.

However, this great conjunction brings the planets even closer together than usual. They will appear to be separated by just a tenth of a degree, or the thickness of a dime held at arm’s length.

“On the evening of closest approach on Dec 21 they will look like a double planet, separated by only 1/5th the diameter of the full moon,” Hartigan said in the press release. “For most telescope viewers, each planet and several of their largest moons will be visible in the same field of view that evening.”

However, if the skies are cloudy the night of the 21st itself, the planets will still be close from Dec. 16 to 25. The space between them will be less than the diameter of the full moon.

The phenomenon will be easiest to see from the equator, but should be visible everywhere on Earth. To see it, look to the low western sky for about an hour after sunset. However, those in northern latitudes should try to look for the sight as closely after sunset as possible.

“The further north a viewer is, the less time they’ll have to catch a glimpse of the conjunction before the planets sink below the horizon,” Hartigan explained.

If you miss this conjunction, another so close won’t be visible until 2080. After that, it will not occur again until after 2400. While the last time the phenomenon was visible was in the Middle Ages, a similar alignment occurred in 1623, but it was too close to the sun to be seen from Earth, USA TODAY explained.

“You would be lucky to see this once in a lifetime,” Andrew Jacob of the Sydney Observatory said, as the Evening Standard reported.

The event is also known as the “Christmas Star” or the “Star of Bethlehem.”

German astronomer Johannes Kepler theorized in 1614 that a similar conjunction might have been the source of the bright “star” that the Wise Men followed to visit the baby Jesus in the nativity story.