NOAA: 2020 Could Be Warmest Year on Record 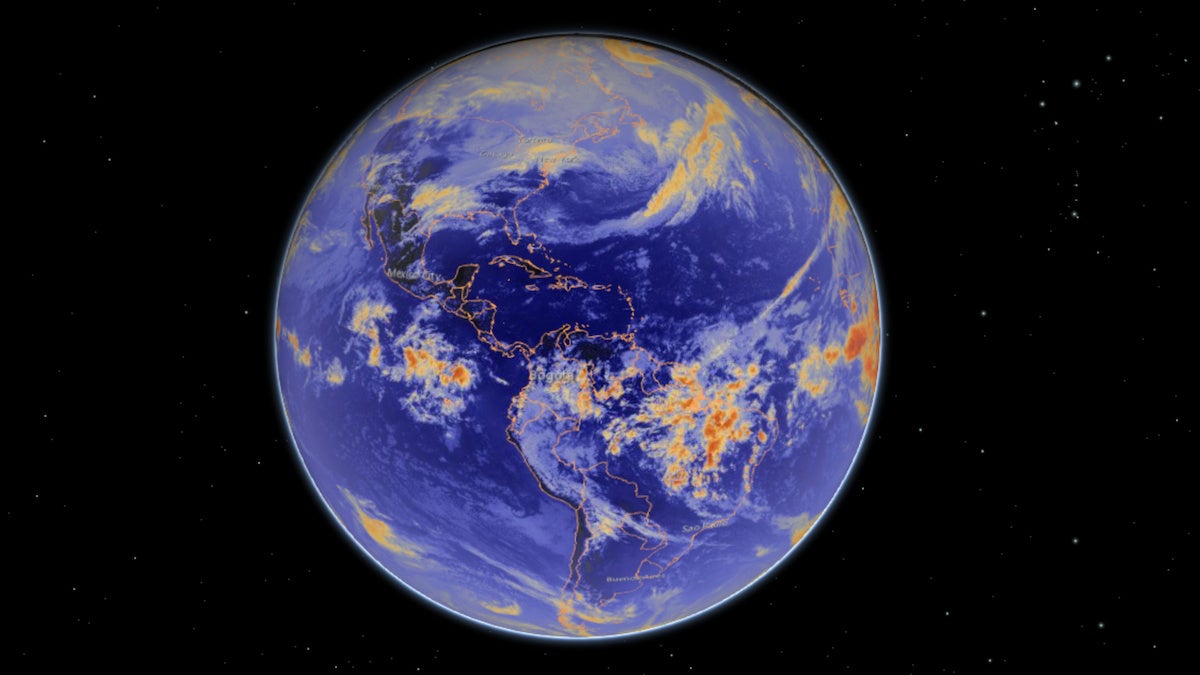 A NOAA satellite infrared map of the Western Hemisphere displays heat radiating off of clouds and the surface of the earth, captured by GOES East (GOES-16) on April 20, 2020 at approximately noon EST. NOAA

It’s not even halfway over yet, and 2020 already has a 75 percent chance of being the warmest year on record.

The forecast was shared by National Oceanic and Atmospheric Administration (NOAA) scientists during a press call Thursday, as USA TODAY reported. But even if it isn’t the hottest year, it has a 99.9 percent chance of being one of the top five.

“The year 2020 is almost certain to rank among the five warmest years on record,” NOAA’s National Centers for Environmental Information (NCEI) said in its monthly global climate report, according to an E&E News story published by Scientific American.

If it does, the last seven years will be the seven warmest on record, Al Jazeera pointed out.

The prediction comes as NOAA announced that the period from January to March 2020 was the second-warmest in its 141 years of record keeping.

This is “unusual,” NCEI’s Deke Arndt told USA TODAY, because there is no El Niño this year. The cyclical climate phenomenon, which leads to warmer ocean water in the tropical Pacific Ocean, was present during the warmest year on record — 2016. February and March of this year were the warmest on record without an El Niño, and Arndt said the warming trend is primarily caused by the climate crisis driven by the burning of fossil fuels.

Overall, global land and sea surface temperatures were 2.07 degrees Fahrenheit above average for the first three months of the year, E&E News reported, but not every region had an equally hot start.

Europe and Asia had their warmest first three months on record, while South America had its third warmest January to March and its warmest March, NOAA reported.

In the U.S., the southeast had its second-warmest winter with average temperatures of 54.6 degrees Fahrenheit, according to E&E News. But records were set around the globe.

March on its own was also the second-warmest month on record.

Global land and sea temperatures were 2.09 degrees Fahrenheit above the average.

“The most notable warm March temperature departures were observed across much of Asia, the eastern half of the contiguous United States and southern South America, where temperatures were 3.6°F (2.0°C) above average or higher,” NCEI wrote.