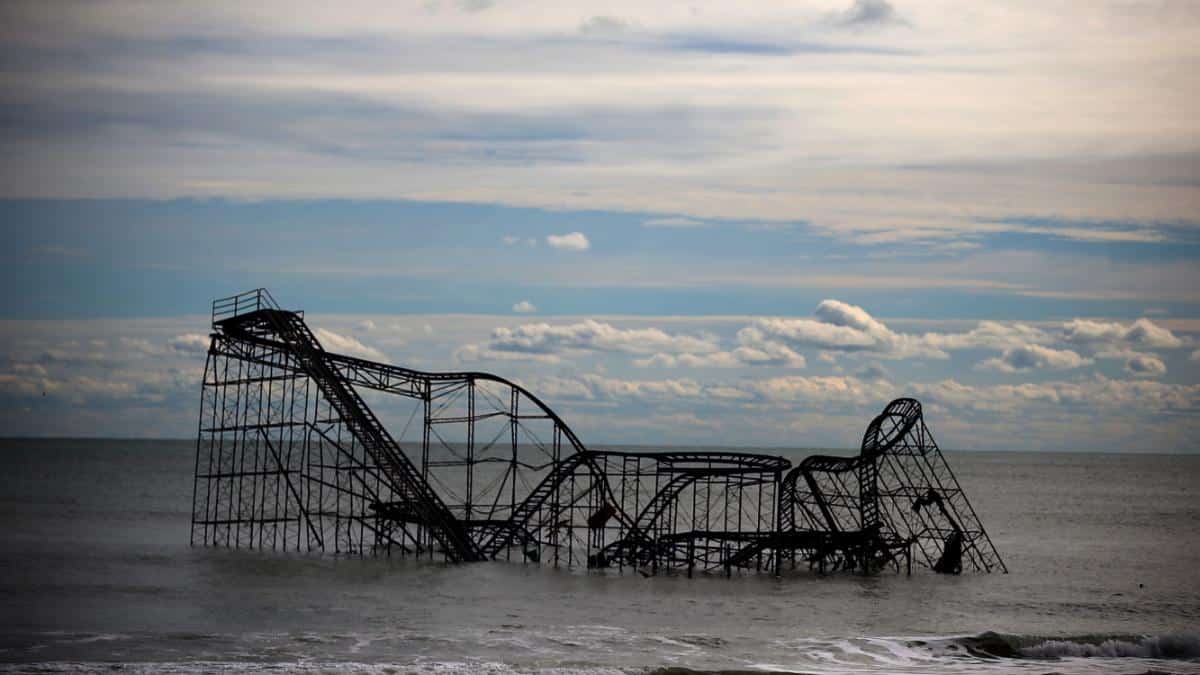 A roller coaster is seen in the Atlantic Ocean on November 1, 2012, after Superstorm Sandy destroyed the pier in Seaside Heights, New Jersey. Mark Wilson / Getty Images

Long-lasting droughts, unprecedented rainfalls and sudden cold snaps are becoming a reality for people across the country, but accurate forecasting models to predict when the next extreme weather event might hit lags behind, AP News reported.

In response, the National Oceanic and Atmospheric Administration (NOAA) on Monday announced an upgrade to its Global Forecast System, boosting its weather forecasting capabilities across the country. The new model improves its ability to accurately predict hurricanes, rainstorms, snowstorms and other weather events, NPR reported.

“This is going to have a fundamental impact on the forecasts that are provided day to day,” Louis Uccellini, director of the National Weather Service, told NPR.

While most weather occurs in the troposphere, the lowest layer of Earth’s atmosphere, NOAA’s new model will also improve resolution in the stratosphere, the next layer up, helping predict sudden warming events, The Washington Post reported.

The cold snap in Texas and other parts of the southern U.S. in mid-February, for example, was brought on by a “sudden stratospheric warming event” that “spurred the disruption of the polar vortex, which, through a chain reaction of events, unleashed an outbreak of bitter Arctic air,” The Washington Post reported. Better resolution in the upper atmosphere will also allow forecasters to track changes in the jet stream, which can carry storms across the country.

Before 2012’s Hurricane Sandy, for example, the European Center for Medium-Range Weather Forecasts warned of the hurricane well before other forecasting models, USA Today reported. Late forecasting by U.S. models drew criticism from meteorologists who complained their systems lagged behind European counterparts.

Described as a “raging freak of nature,” Hurricane Sandy went on to kill 70 people in the Caribbean and almost 150 people in the U.S, and caused at least billion in damages, National Geographic reported.

As the planet continues to warm, hurricanes are expected to become stronger and more destructive, Yale Climate Connections reported. Hurricanes also come with heavy price tags and in some cases have cost more than 0 billion in damages, making the ability to accurately forecast hurricanes well into the future increasingly important. “Weather forecasting improvements that increase accuracy and warning time will give people more time to prepare and will save lives,” Placky told AP News.

So far, NOAA’s new model has shown improvements in predicting hurricanes. “We found about a 10[%] to 15% improvement in tropical cyclone track and intensity in the Atlantic Basin,” Vijay Tallapragada, head of the Modeling and Data Assimilation Branch for NOAA’s Environmental Modeling Center, told NPR. This improved accuracy would warn people in the storm’s path an additional 36 hours before the hurricane hits land, NPR reported. “These improvements are pretty prominent,” Tallapragada told NPR.

Although NOAA’s model is an improvement, some meteorologists say it still lags behind European models, The Washington Post reported. “The model is still quite volatile from run-to-run with significant changes that lack consistency,” wrote Matt Rogers, a meteorologist at Commodity Weather Group, according to The Washington Post. “While it may have a decimal improvement in skill score, it will likely continue to verify as a weaker model against the European and all the various ensemble guidance.”