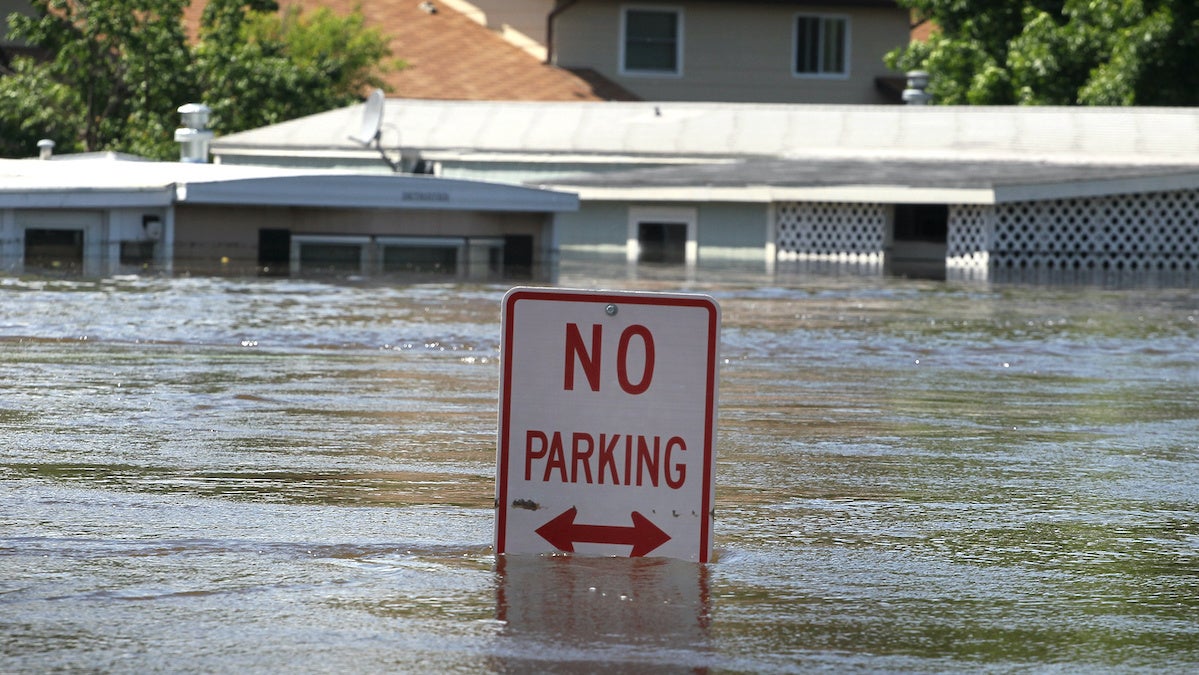 Another wet spring and floods are on the way, says the National Oceanic and Atmospheric Administration (NOAA). Fortunately, the agency predicted Thursday that this year’s flooding would not be nearly as bad as last year’s, which inundated the Midwest and devastated crops.

“Flooding continues to be a factor for many Americans this spring,” with major to moderate flooding likely to occur in 23 states, said Mary C. Erickson, deputy director of the National Weather Service, in a call with reporters, according to The New York Times. She added the bright spot that the flooding will be less severe and shorter than last year’s.

This year’s floods are expected to affect parts of the Midwest, the Rust Belt and the Southeast all the way down to the Gulf Coast. NOAA predicted that the most significant flood potential will occur in the northern Plains and the upper Midwest of North and South Dakota, as well as Minnesota, as USA Today reported. Parts of Iowa and Illinois may also experience heavy flooding, according to The Weather Channel.

NOAA expects about 128 million people, or one-third of the U.S. population, to see some sort of flooding this spring, with 1.2 million expected to experience “major” flooding in the aforementioned states, according to Ed Clark, the director of NOAA’s National Water Center in Tuscaloosa, Alabama, as USA Today reported.

According to The Weather Channel, several factors went into NOAA’s prediction, including ongoing rainfall, highly saturated soils and the increased likelihood of above-average precipitation this spring.

One factor contributing to the threat of flooding is that soil in many central and eastern states is already oversaturated and rivers are running high. That means that heavy rainfall can trigger flooding, according to The Weather Channel.

“Nearly every day, dangerous flooding occurs somewhere in the United States, and widespread flooding is in the forecast for many states in the months ahead,” said Clark.

Clark added that heavy rains will likely lead to a larger than usual dead zone in the Gulf of Mexico this summer. Dead zones are caused by hypoxia, where an area does not have enough oxygen to sustain life, as The New York Times reported.

While farmers who were never able to plant their crops in 2019 because of flooding will not experience anything as drastic as last year, they should expect to see delays in planting, said Brad Rippey, the Department of Agriculture meteorologist, according to The New York Times.

While a large swath of the lower 48 states should expect heavier than average rainfall, the same is true for Alaska. On the other hand, drought conditions are expected to continue and worsen in California, in parts of the Pacific Northwest, in the southern Rockies, and in parts of Southern Texas, according to NOAA, as the The New York Times reported.

Not a single part of the country is expected to see below average temperatures this spring in a year that is shaping up to be one of the hottest years on record.

“There is almost no part of the country that we are predicting to be below normal in any of the three months, which is unusual,” said AccuWeather founder and CEO Joel N. Myers, as The Weather Channel reported. “This may be a first.”