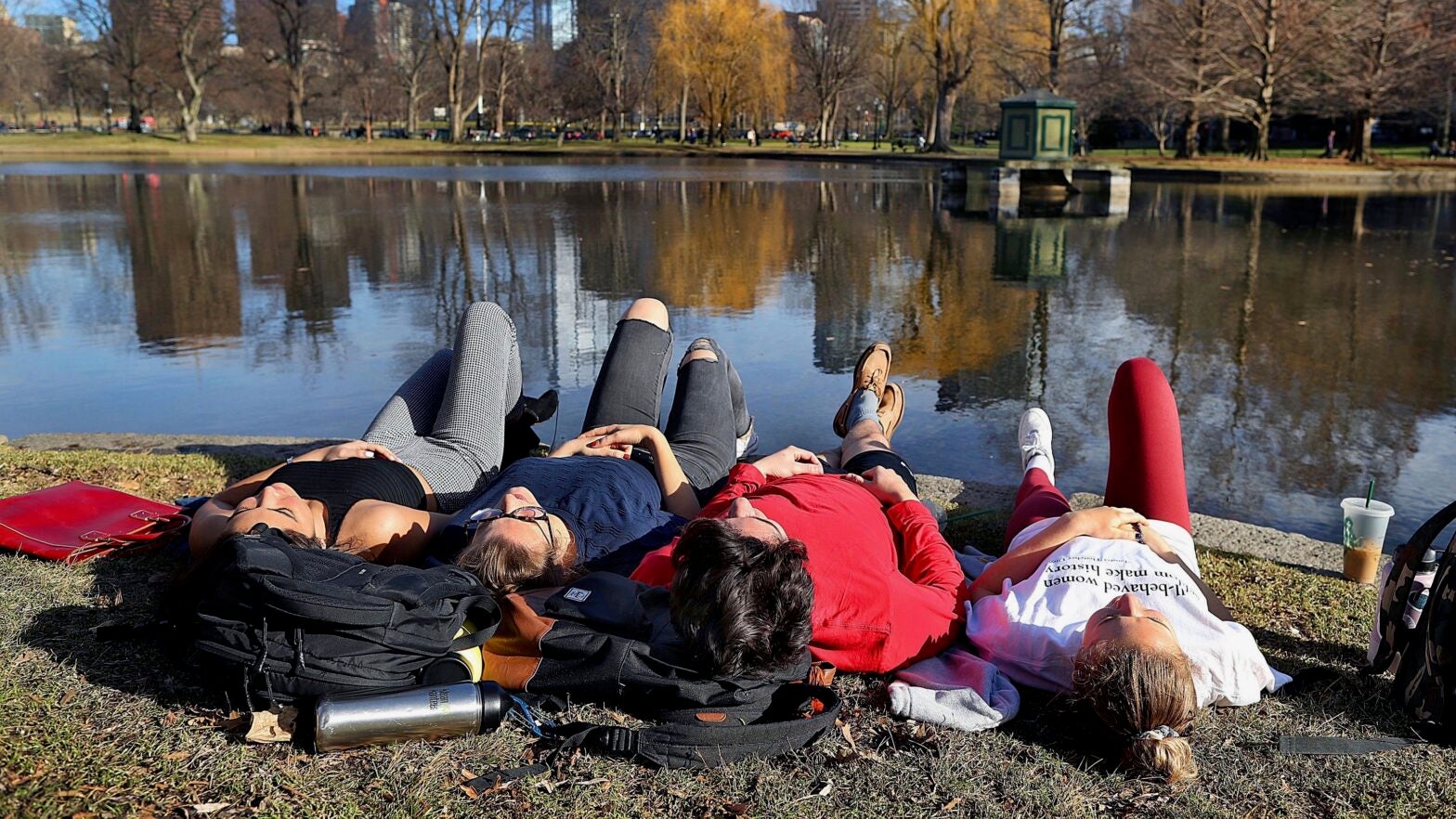 Boston, which is usually unbearable in January, saw back-to-back 70-degree days on the second weekend of the month as seen above as Northeastern University students on Jan. 11 enjoy the sun at the Boston Public Garden lagoon. The record-setting warm temperatures reached 74 degrees. John Tlumacki / The Boston Globe / Getty Images

In the Northern Hemisphere, temperatures were, on average, 2.7 degrees Fahrenheit warmer than normal last month, making it the warmest January on Earth since comprehensive records have been kept starting 141 years ago, according to new data from the National Oceanic and Atmospheric Administration (NOAA), as The Guardian reported.

In some places, the abnormal temperatures were extreme. Norway’s capital, Oslo, which usually sees people skiing down snow-laden streets, was without snow in January, as Reuters reported. Boston, which is usually unbearable in January, saw back-to-back 70-degree days on the second weekend of the month, as Weather.com reported. The Swedish town of Örebro reached 50.5 degrees Fahrenheit, its hottest January temperature since 1858, according to The Guardian.

The unusual warmth disproportionately affected Russia, Scandinavia and Eastern Canada, where temperatures were an incredible 9 degrees Fahrenheit above average, or higher, as The Guardian reported.

This January’s warming trend is especially surprising since it happened without an El Niño system in the tropical Pacific Ocean, according to NOAA. The government agency noted that a lot of regions were experiencing new records. “Record-warm temperatures were seen across parts of: Scandinavia, Asia, the Indian Ocean, the central and western Pacific Ocean, the Atlantic Ocean, and Central and South America. No land or ocean areas had record-cold January temperatures,” NOAA said in its summary.

NOAA also noted that the four warmest Januaries in the climate record have happened since 2016, while the 10 warmest have all occurred since 2002.

This above-average trend is likely to continue in 2020, likely making this year one of the five hottest on record, according to statistical analysis done by NOAA, as CNN reported.

The report also found extensive sea-ice melt. The warmer temperatures meant Arctic ice coverage was 5.3 percent below average. On the other end of the world, Antarctic sea ice coverage was reported to be 9.8 percent below average, according to The Hill. That trend is likely to continue since Antarctica just recorded its two hottest days ever this week, reaching nearly 70 degrees on Sunday.

The cold temperatures were notable in Alaska since it was the first time in 22 months that Alaska had a month with below average temperatures.

We did it!!! January 2020 was the first below normal temperature month in 22 consecutive months! The last time was February of 2018. It was the 8th coldest January and also the 14th coldest month on record. If you felt like January was cold…you were right!!! #Cold #Alaska pic.twitter.com/04UQofKKUx

“We did it!” The National Weather Service in Anchorage tweeted. “January 2020 was the first below normal temperature month in 22 consecutive months! The last time was February of 2018. It was the 8th coldest January and also the 14th coldest month on record. If you felt like January was cold…you were right!!!”

The NOAA results piggyback on the Copernicus Climate Change Service’s results. Copernicus, the European equivalent of NOAA, said last week that last month was Europe’s warmest January ever with temperatures 3.1 degrees Celsius warmer than the usual temperatures recorded from 1981-2010, according to a statement it released last week.