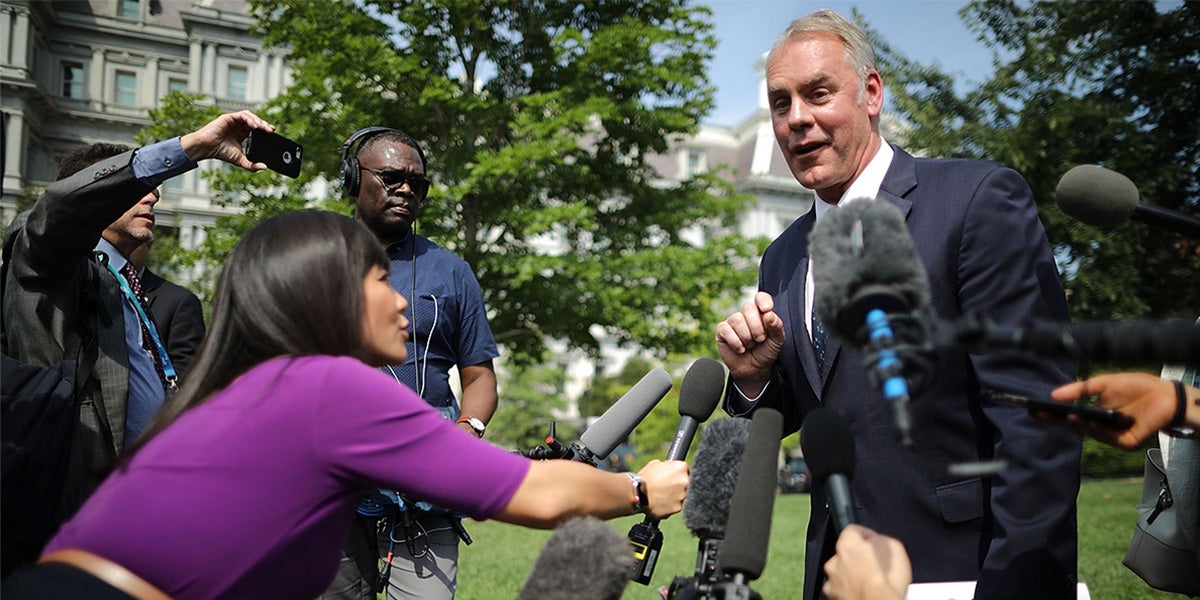 The Trump administration announced a new plan Thursday to fight ongoing wildfires with more logging, and with no mention of additional funding or climate change.

Interior Secretary Ryan Zinke stated in a Fox Business interview that the fires are so intense because the forests have “been held hostage by environmental groups” to prevent proper management via logging, and that climate change is “irrelevant.”

But when asked later by Weijia Jang of CBS, Zinke said “of course” climate change is part of the science explaining the wildfires. Then, at a cabinet meeting Thursday afternoon, President Trump asked Zinke to repeat his assertion that “it’s not a global warming thing.”

“Zinke, like Trump, continues to deny the obvious,” Kirin Kennedy, associate legislative director for lands and wildlife for the Sierra Club, said in an email, Bloomberg reported. “It is climate change that is exacerbating wildfire season in the West.”

As reported by The Sacramento Bee:

The plan, which emphasizes state and local collaboration, was short on details, however. It does not address politically sensitive issues like climate change, which Democrats and scientists argue is at the root of the problem, or the role of environmental reviews for logging projects, which conservatives want to sidestep. And it did not address the possibility of additional funding, suggesting the burden to pay for the new efforts could fall to the states.