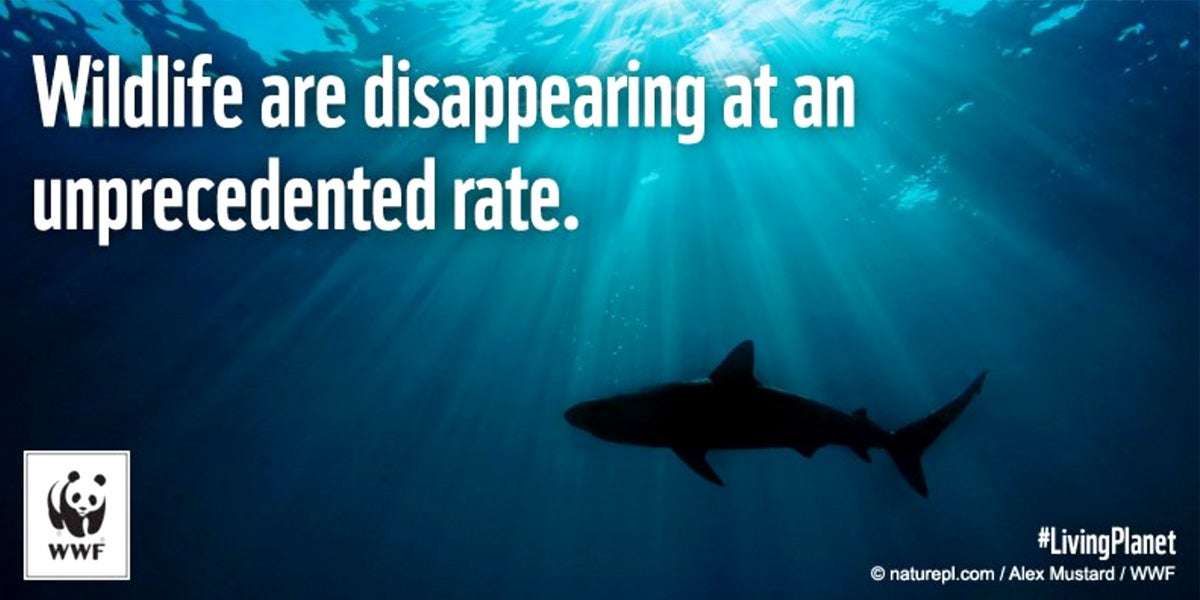 Every two years, the World Wildlife Fund and the Zoological Society of London report on the health of the planet with an updated index of wildlife populations. This year, the numbers are especially bleak: Populations have already declined on average by 58 percent between 1970 and 2012. And unless we act quickly, we risk a decline of 67 percent by 2020. That’s more than two-thirds of wildlife on this planet lost in just one lifetime. 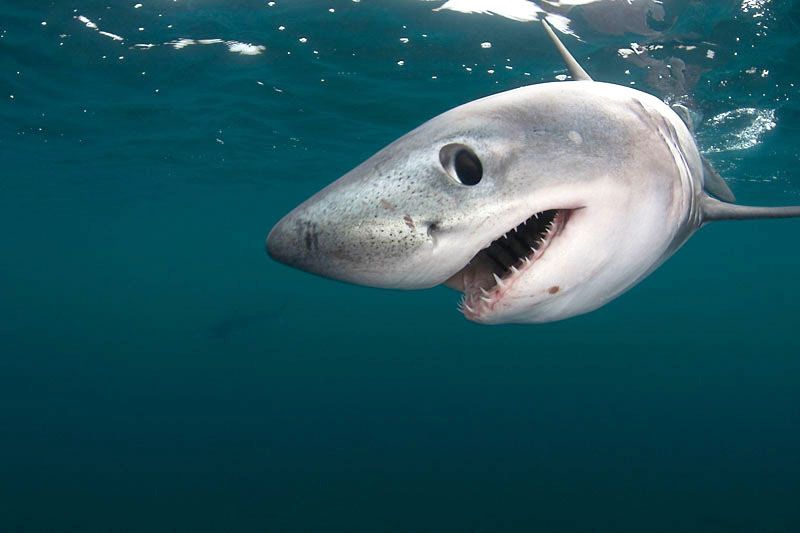 A third of sharks, rays and skates are estimated to be threatened with extinction primarily because of overfishing.Naturepl.com / Doug Perrine / WWF

Despite all our efforts, the trend is moving in the wrong direction and we have only ourselves to blame. The pressures on wildlife are human-caused: Habitat loss and fragmentation due to climate change, land-use decisions and pollution are some of the most significant drivers of wildlife decline.

According to the report, the global population consumes each year the renewable resources of 1.6 Earths.

It’s often said that the world needs more Canada, but how do we compare? We know that in Canada, our ecological footprint is even greater: If all the world lived like Canadians, we would need 4.7 Earths.

We are consuming more than nature can deliver. And wildlife is paying the price. A mass migration has already begun as wildlife move in reaction to changing seasons, to find water, to escape wildfires, to go where sea ice once prevented them from going.

Clearly, something has to give. The Living Planet Report identifies key systems to target first, including fuel and finance. To limit warming to just 1.5 C (which could still mean 5 C warming in the Arctic), we must accelerate the widespread transition to habitat-friendly renewable energy. And we must devise an economic measure that takes the environment into account. 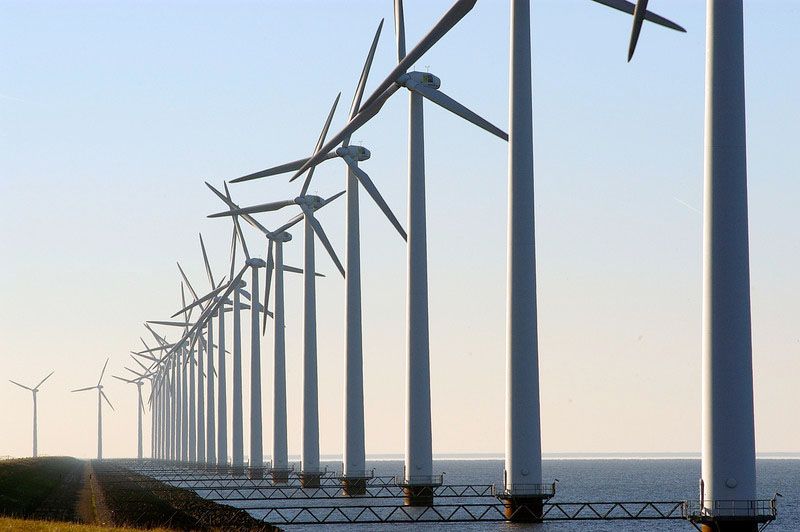 WWF-Canada is pioneering approaches to renewable energy deployment that is habitat friendly for every energy type: on land, in freshwater, marine and Arctic environments.Michel Gunther / WWF

Measuring the growth of GDP as our main policy goal won’t work in the long term because GDP fails to measure the cost of environmental destruction. Growth sounds like a good goal, but we are beginning to reach the limits of what is possible. Instead, we need to think in terms of prosperity for all. And with this new goal, we need new economic measures that include the value of benefits we derive from a healthy environment (like fish to eat, clean water to drink and air to breathe) and the environmental costs of production and consumption that are currently being borne by all wildlife, including people.

We know we can live—and prosper—within nature’s limits. To get there, we need a more sophisticated equation. Carbon pricing is a significant first step.

Wildlife in Canada, too, are facing increasing pressure from climate change, habitat loss and industrialization. The destruction of habitats and ecosystems hurts us all, as these habitats provide food, energy and materials vital to human survival as well. We can do better. 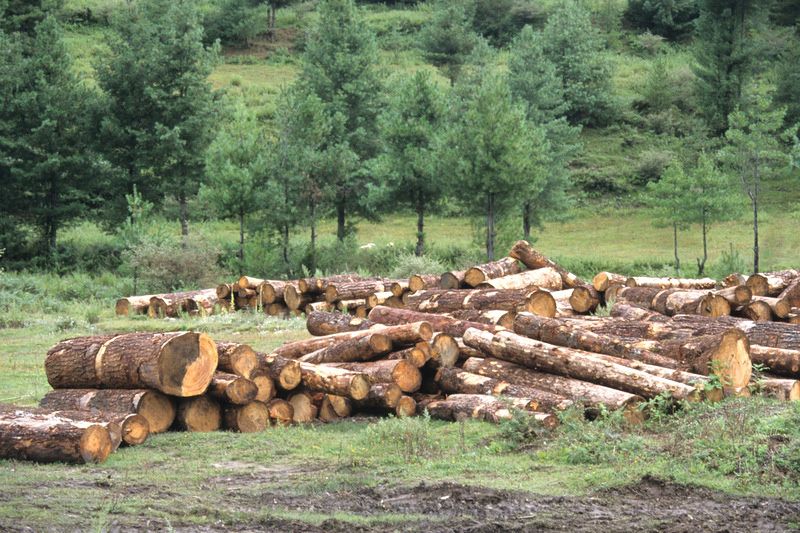 The biggest threats to species are habitat loss and degradation, followed by overexploitation. WWF-US / Deborah Gainer

World Wildlife Fund-Canada works with communities, industry and academia to devise, test and implement on-the-ground solutions to the problems that threaten wildlife and their habitat. In the course of that work, we also make policy recommendations to government in hopes of creating conditions for success. Some of these recommendations are stated publicly, others are included in testimony for government committees and rarely see the light of day. Given the magnitude of the findings in the 2016 Living Planet Report, we have put them together this list of 15 steps Canada can take now to protect biodiversity. For all wildlife, including us. Before it’s too late.