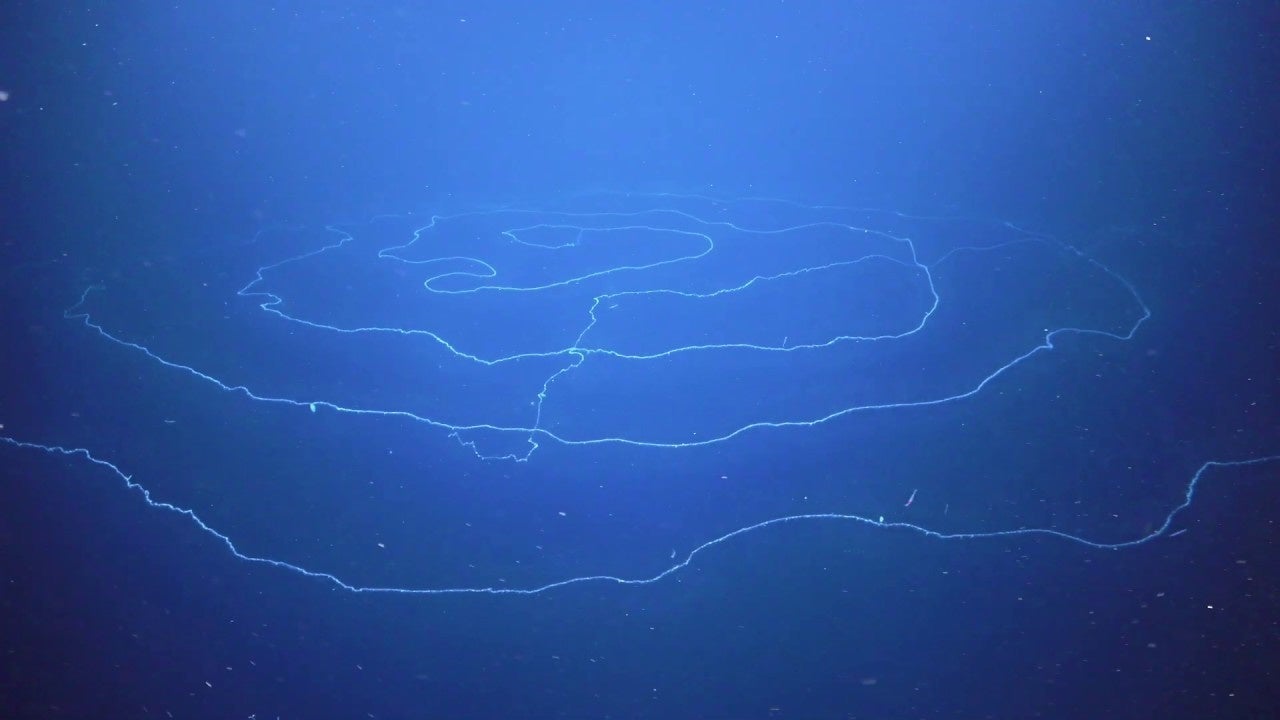 Underwater explorers have videoed a strange and record-breaking organism in a deep ocean canyon off Australia.

The string-like creature, which was introduced to the internet by the Schmidt Ocean Institute (SOI) on Twitter April 6, is estimated to have an outer ring 154 feet long — the size of an 11-story building — and a possible total length of more than 390 feet, Newsweek reported.

But the creature isn’t, strictly speaking, one animal. Instead, it’s a genus of siphonophore called Apolemia, as Live Science explained:

Every individual siphonophore is made up of many little “zooids,” which each live lives that are more similar to animals we’re used to talking about, albeit always connected to the larger colony. Zooids are born axsexually, and each one performs a function for the siphonophore’s larger body, according to a research article published in the journal Developmental Dynamics in 2005. Linked together in long chains, the colonies were already known to reach lengths of up to 130 feet (40 m) according to the Monterey Bay Aquarium — though each siphonophore is only about as thick as a broomstick.

This siphonophore was videoed as part of a month-long expedition of deep sea canyons off Western Australia’s Nigaloo coast undertaken by Western Australian Museum researchers on board SOI’s research vessel Falkor, SOI said in a press release. In addition to the siphonophore, the researchers also discovered as many as 30 new species of marine life.

“There is so much we don’t know about the deep sea, and there are countless species never before seen,” SOI co-founder Wendy Schmidt said in the press release. “Our planet is deeply interconnected – what happens in the deep sea impacts life on land–and vice versa. This research is vital to advance our understanding of that connection – and the importance of protecting these fragile ecosystems. The Ningaloo Canyons are just one of many vast underwater wonders we are about to discover that can help us better understand our planet.”

Rebecca Helm, an assistant professor at the University of North Carolina Asheville who was not involved with the expedition, explained on Twitter why the siphonophore was so remarkable.

She said she had seen siphonophores of around 20 centimeters to a meter (approximately eight to 39 inches), but never anything this large, and that it was hunting in a remarkable way, by making itself into a spiral to catch prey.

Some of the clones specialize in catching prey. Their slender bodies hang with a single long tentacle dangling like a hook-studded fishing line. Like the frilled tentacles of another siphonophore pictured below…
(pic: @SchmidtOcean https://t.co/UIJt6aLSNn) pic.twitter.com/7nDOKFqSUZ

…once a clone captures its prey (a fish or crustacean) it will reel it to the colony & other clones that work as mouths will surround it. Often many swallowing it at once. Here is a video I took of another siphonophore, a man-o-war, eating prey. Once they prey is digested… pic.twitter.com/IIdS2w9263

“I’ve gone on numerous expeditions and have never, EVER, seen anything like this,” she wrote.