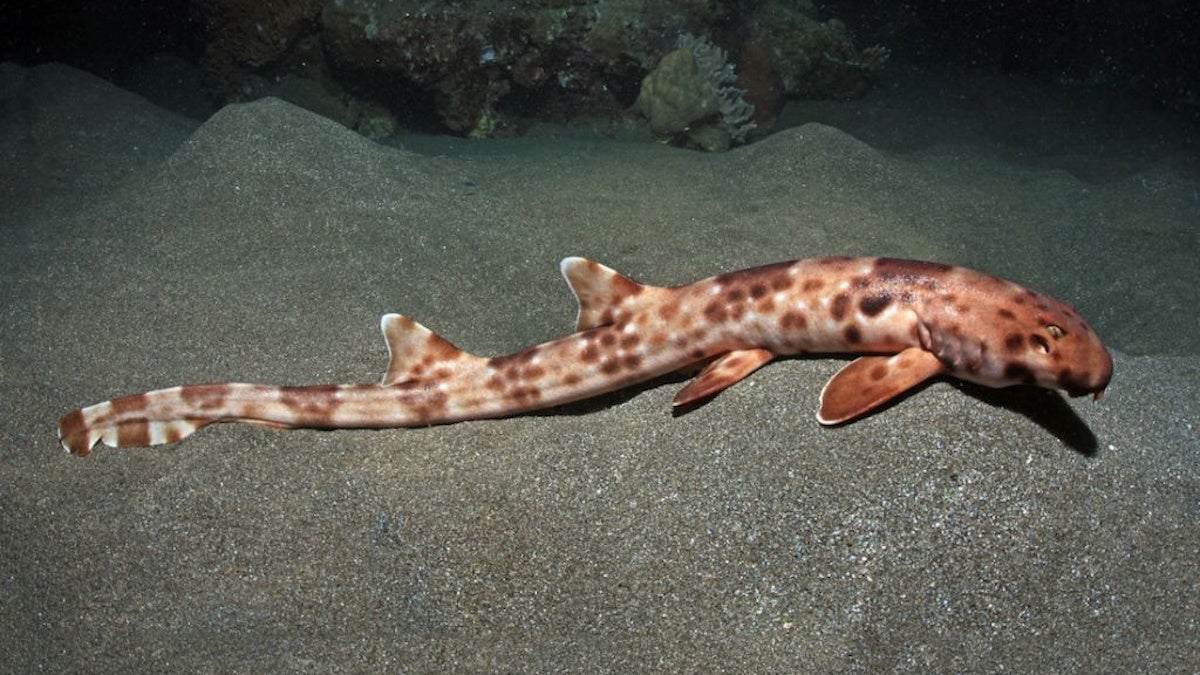 Scientists have identified four new species of walking shark in the waters off Australia and New Guinea.

While that might sound like the stuff of horror films, researchers say that the foot-long fish, which have evolved to use their fins to walk on land or in shallow water, are actually adorable.

“They’re incredibly cute little animals and are really more like a gecko walking around than a shark,” Mark Erdmann, a coral reef ecologist at the California Academy of Sciences and vice president of the Asia-Pacific Field Division of Conservation International, told VICE.

Erdmann was part of a team of scientists who spent 12 years studying the walking sharks. Their efforts, published in Marine and Freshwater Research Tuesday, nearly doubled the number of known species, raising it from five to nine, the University of Queensland reported.

The walking sharks all belong to the genus Hemiscyllium, according to Science Alert. The sharks have evolved to succeed in their unique coral reef environment and hunt during low tides.

“At less than a metre long on average, walking sharks present no threat to people but their ability to withstand low oxygen environments and walk on their fins gives them a remarkable edge over their prey of small crustaceans and molluscs,” study coauthor Dr. Christine Dudgeon of the University of Queensland said in the press release.

The researchers used tissue samples taken from live sharks to determine that DNA linked the new shark species to the Hemiscyllium genus, according to Science Alert.

DNA testing also revealed that the walking sharks are the youngest type of shark on Earth, VICE reported.

“With our molecular clock, we’ve been able to show that this group really only branched off from their nearest ancestor about nine million years ago and they’ve been actively radiating ever since,” Erdmann told VICE. “Obviously in human terms, that still seems like a long time ago, but for sharks, and for speciation in general, that’s actually very recent.”

“Data suggests the new species evolved after the sharks moved away from their original population, became genetically isolated in new areas and developed into new species,” she said.

“They may have moved by swimming or walking on their fins, but it’s also possible they ‘hitched’ a ride on reefs moving westward across the top of New Guinea, about two million years ago.”

Because each species has a very small, unique range, they are vulnerable to natural disasters like volcanic eruptions and tsunamis, as well as human pressures like habitat loss and their increasing desirability for aquariums, VICE reported. Three of the nine species have been added to the International Union for Conservation of Nature Red List.

At the same time, the researchers don’t think they have yet accounted for every species of walking shark out there.

“We believe there are more walking shark species still waiting to be discovered,” Dudgeon said in the press release.