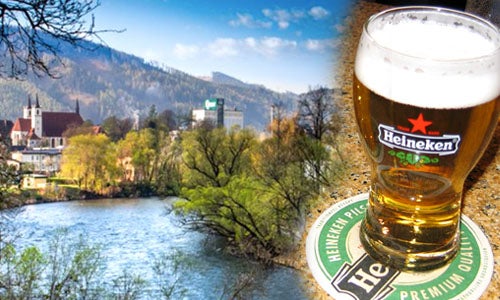 Heinekens are now brewed with clean energy. The global beer company’s Göss Brewery in Austria is the first carbon-neutral brewery of its scale in the world. 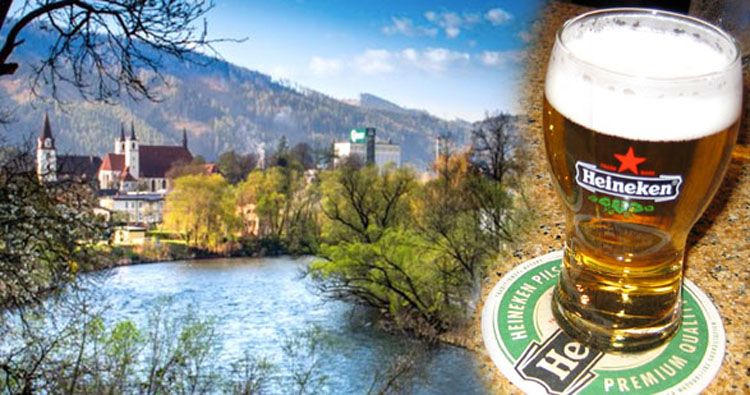 Heineken’s brewery in Austria has achieved its goal of becoming the first CO2 neutral brewery of its scale in the world. Photo credit: Heineken

The facility, which kicked off its green upgrades back in 2003, has now met 100 percent of its energy needs via clean power sources including hydropower, solar thermal energy from a 1,500-square-meter photovoltaic array and biomass district heating, in which 40 percent of the brewery’s heat requirements comes from surplus heat discharged from a neighboring sawmill.

Here are some other eco-friendly strides the brewery—a finalist for the 2016 European Union Sustainable Energy Award—has achieved:

As Inhabitat reported, the brewery’s operations will cut carbon emissions from approximately 3,000 tonnes a year to zero.

“Through a combination of innovative technology, creative thinking and partnerships with our local community, we have turned a heritage brewery into the world’s first major zero carbon brewery,” Göss brew master Andreas Werner told the publication.

“Our Göss brewery may be in a small town but our goal was to make a big impact. I am proud of what we have achieved for the Heineken Company and want to help our other breweries, and the wider brewing industry, make renewable energy part of their energy mix, just as we have done.” 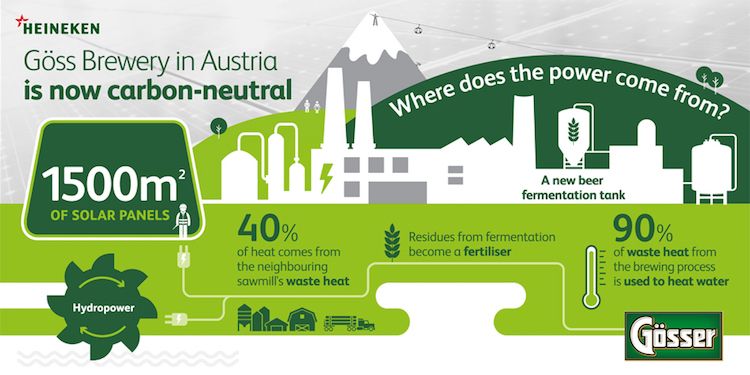 The Göss Brewery’s zero carbon status is only one example of Heineken’s overall environmental goals. According to a blog post from Michael Dickstein, Heineken’s global director of sustainable development, the beer-maker is now the world’s largest user of solar energy in beer production.

The company’s Brewed by the Sun campaign boasts a number of solar achievements including:

Heineken, the world’s third-largest brewer, is aiming to slash 40 percent of carbon emissions from global productions by 2020 through its Brewing a Better Future strategy.

The beer brewing industry is not immune to the effects of climate change. In the U.S., the ever-changing environment is a threat to the domestic beer market, as Ceres wrote:

Warmer temperatures and extreme weather events are harming the production of hops, a critical ingredient of beer that grows primarily in the Pacific Northwest. Rising demand and lower yields have driven the price of hops up by more than 250 percent over the past decade. Clean water resources, another key ingredient, are also becoming scarcer in the West as a result of climate-related droughts and reduced snow pack.

Several U.S. breweries have integrated sustainability into their business practices such as investing in renewable energy, energy efficiency, water efficiency, waste recapture and sustainable sourcing in order to reduce their environmental footprint.