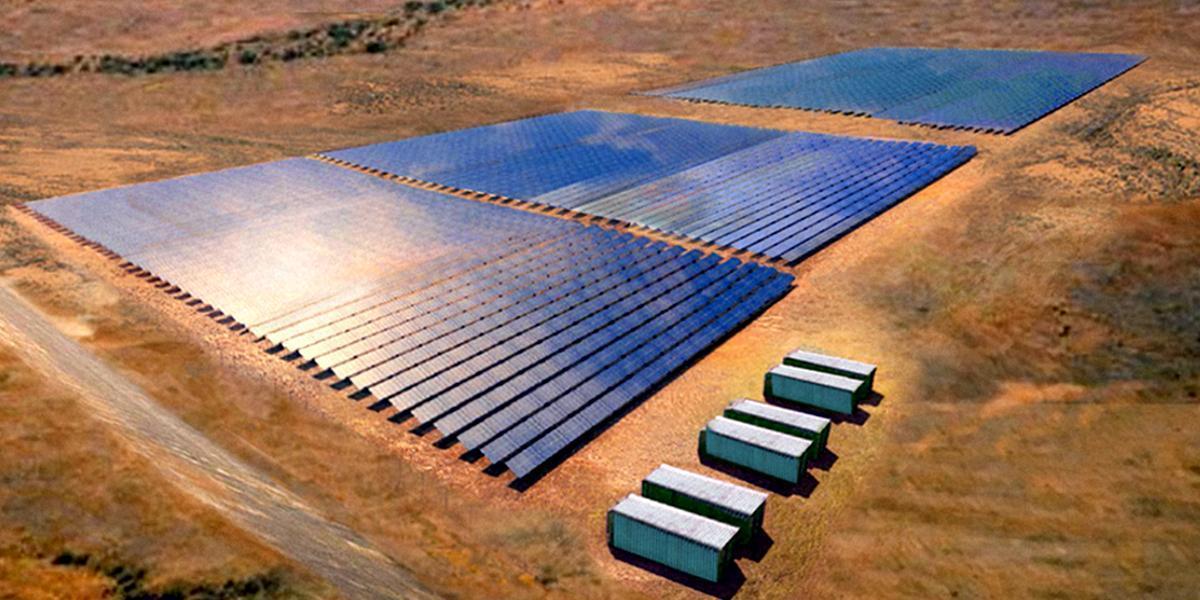 A massive solar and battery farm is being built in South Australia’s Riverland region.

If everything goes to plan, the plant will be running by the end of 2017 and will be the largest such system in the world, Brisbane-based renewable energy developer and investor Lyon Group announced.

The Riverland plant consists of 330MW of solar PV and a 100MW/400MWh battery storage system, or 3.4 million solar panels and 1.1 million batteries.

The new project couldn’t come sooner. A major gas shortage is looming and the country’s decades-old coal plants are shutting down, sparking potential price hikes and putting the nation’s energy security at risk.

The $1 billion (US $767 million) project was announced amid South Australia’s recent spate of blackouts.

Interestingly, the ball really seemed to roll after an intriguing tweet from none other than Elon Musk.

You may recall that earlier this month the Tesla CEO offered to build a 100MW battery storage farm for the Australian state. To up the ante, he said he would provide the system for free if it was not commissioned within 100 days. Musk’s audacious bet led to an eventual conversation with Australian prime minister Malcolm Turnbull.

“The battery will modernize South Australia’s energy grid and begin the transformation to the next generation of renewable-energy storage technologies,” the government office stated.

According to Australia’s ABC News, Lyon Group partner David Green said the company will build its new plant, along with a similar plant near the town of Roxby Downs, regardless of the outcome of the government’s tender:

The Lyon Group has already signaled its intention to bid for a SA government tender to build a battery storage system with 100-megawatt output.

The tender arrangement would give the government the right to tap the battery storage at times of peak demand, but allow the project owner to sell energy and stability into the market at other times.

An expressions of interest process closes on Friday.

Other companies, including Carnegie, Zen Energy and Tesla, have all suggested they could be interested in bidding.

Green said the outcome of the tender would not determine whether or not Lyon’s projects were built, but would influence the final storage configuration in terms of the balance between optimizing grid security and capturing trading revenue.

“We see the inevitability of the need to have large-scale solar and integrated batteries as part of any move to decarbonize,” Green added.