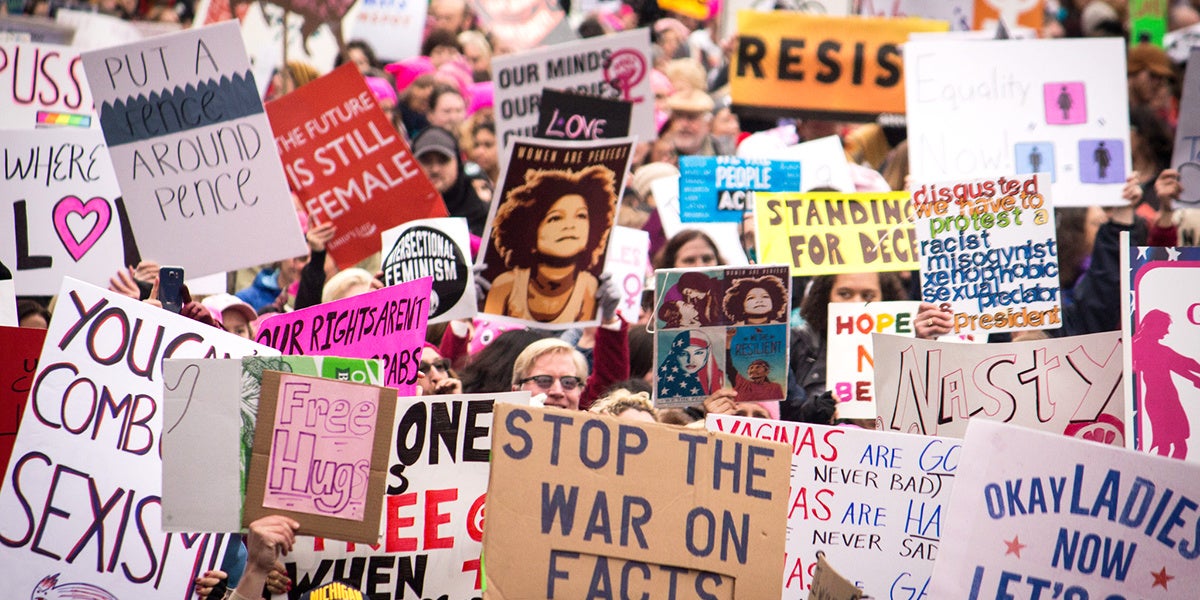 This Sunday marks the first anniversary of the Women’s March that happened on the day after Donald Trump’s inauguration—the largest protest march in our nation’s history. The Sierra Club was there that day, and we’ll be there this year, too—at a significant moment for women’s rights and justice.

Some people still ask whether “rights and justice for women” qualifies as an “environmental issue.” In their minds, the Sierra Club, as an environmental organization, should stick to a prescribed list of issues that are “environmental” and otherwise mind its own business.

I have two responses to this: one specific and one more general. First, women’s rights are absolutely an environmental issue. Among our most basic human rights are the ability to breathe clean air, drink clean water and live in a healthy environment. Toxic pollution and climate disruption threaten those rights for everyone, but the consequences often fall hardest on women. After Hurricane Katrina hit New Orleans in 2005, for instance, 80 percent of those left behind in the Lower Ninth Ward were women. For women, exposure to toxic pollution, the risk of sexual violence and the denial of basic reproductive healthcare are not discrete threats; they are a knotted pattern of injustice that must be disentangled and eradicated.

The more general problem, though, is this notion of “issues.” Yes, the Sierra Club tackles social justice and environmental issues, but our work would be meaningless if it were not motivated by something deeper: values.

Our values are fairly simple. We believe in justice, equality and opportunity for all people. We reject violence and hatred. It’s our values that mandate our support of the Women’s March. It’s our values that demand racial justice. It’s our values that tell us we must defend the rights of immigrants and help communities that have been devastated by fossil fuel pollution. As school children recite each morning in their pledge to the flag: “One nation, under God, indivisible, with liberty and justice for all.”

It’s clear that many of our opponents neither share nor respect the same values we do. Attacking women’s rights, denying healthcare to millions, cold-heartedly expelling Dreamers and refusing refugees, ignoring climate science, turning their backs on the world, tearing down protections for people and for places—those actions speak to what they do esteem: privilege, self-interest, ignorance and greed.

When the marching begins this Saturday, the Sierra Club will be there in solidarity with women and everyone else who has come under attack during the past year. We care passionately about clean air, clean water, clean energy, public lands and gender equity, because the same basic values underlie them all. It’s when all of us who share those values come together that we can make positive change happen.

To find the location of the march nearest you, visit the Women’s March Anniversary Map.