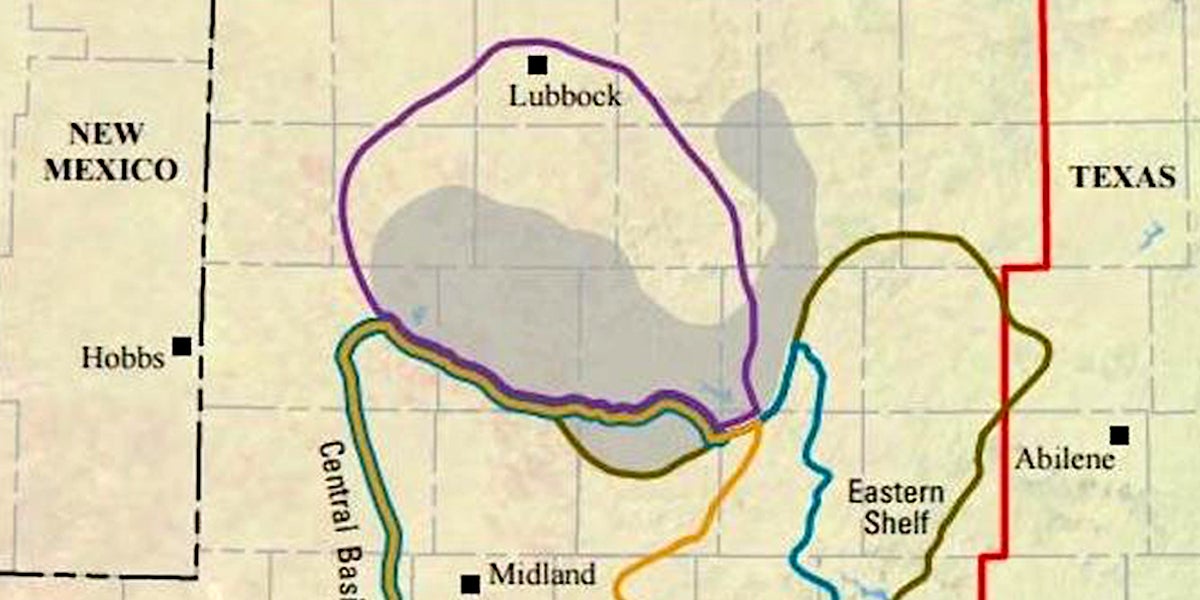 The U.S. Geological Survey (USGS) announced it found the largest continuous oil and gas deposit ever discovered in the U.S. The Wolfcamp shale sits in West Texas and contains 20 billion barrels of oil and 16 trillion cubic feet of natural gas. 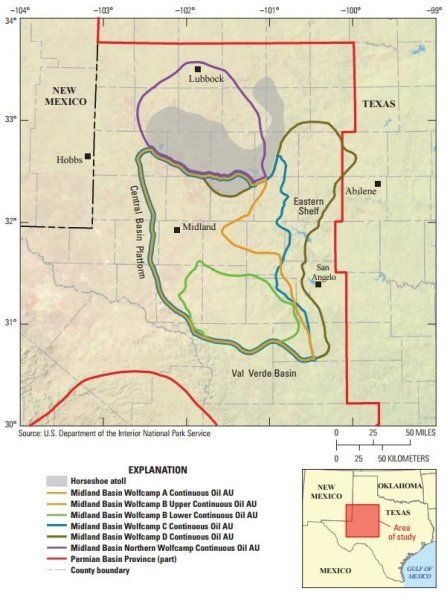 Map of the Midland Base and Wolfcamp shale site.USGS

According to the USGS, technically recoverable oil in the Wolfcamp shale—using modern-day horizontal drilling and hydraulic fracturing—could yield three times as much as the Bakken Shale in North Dakota.

The Wolfcamp shale, in the Permian Basin, alone could supply the entire petroleum needs in the U.S. for nearly three years. The U.S. is already the world’s largest petroleum and natural gas producer.

According to the International Energy Agency (IEA), “In today’s oil world, anybody who can produce oil sells as much as possible for whatever price can be achieved.” U.S. natural gas production is expected to grow to more than 40 trillion cubic feet by 2040, double the 2010 volume. 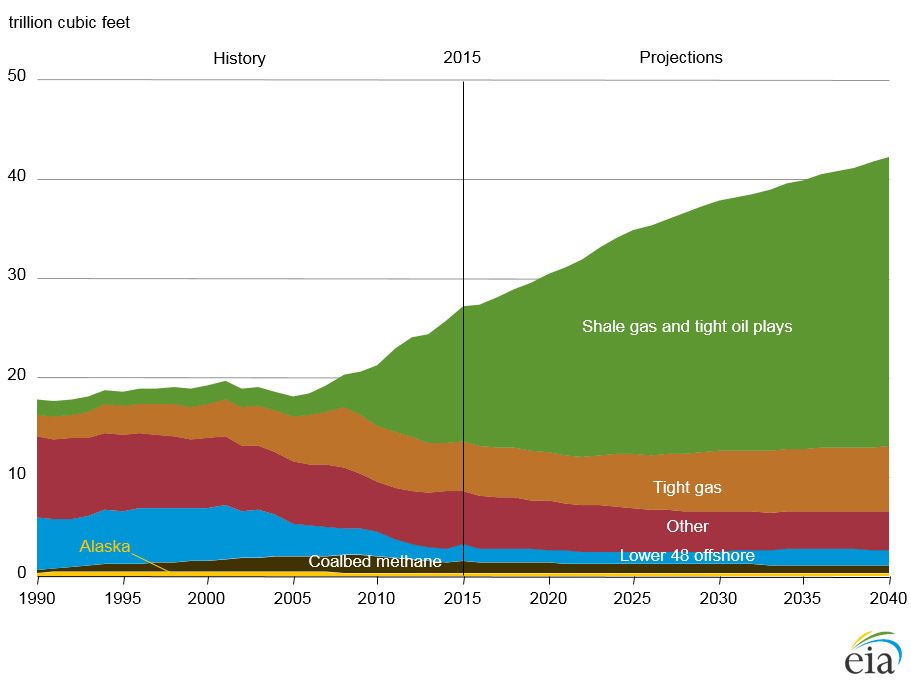 Despite current low oil prices, oil companies are engaged in a land rush to lock up acreage in the Permian Basin, which spreads across West Texas and parts of New Mexico. Its unique geological structure allows for very long horizontal drills. Some are already nearly two miles out from the wellhead, and more, possibly longer drills are planned. The record is a well in Ohio with a lateral drill 3.5 miles long.

The Permian is currently producing two million barrels of oil a day and has as many active oil rigs as the rest of the U.S. combined. There are already 3,000 horizontal wells drilled in the Wolfcamp shale, and that is expected to grow following the release of the new USGS numbers.

But, not everyone is happy about this new discovery.

Filmmaker Josh Fox told EcoWatch, “This is not good news for anyone except people who wish to rush the demise of civilization due to global warming. If the USGS discovered underground millions of rabid red ants, or zombies waiting to be unearthed to eat human flesh, or a dormant volcano underneath Manhattan the implication would be that we should definitely keep those things safely in the ground. That’s exactly what we have to do with this oil if we don’t want climate change to destroy the future.”

Alan Septoff of Earthworks agrees. “This announcement is bad news on three fronts,” he said. “First, because it signals the endangerment of one of Texas’s most special places, Balmorhea Springs, which are fed by groundwater endangered by fracking. Second, because we know we can’t extract previously announced oil reserves without guaranteeing catastrophic climate change. And third, because it suggests another boom bust cycle seen around the country—where the boom benefits shareholders the most and the bust hurts the community the most.”

Texas isn’t the only place where more drilling is planned.

The federal Outer Continental Shelf Oil and Gas Leasing Program is currently in development on its next five-year plan, covering 2017-2022. The draft plan currently calls for 10 leases in the Gulf of Mexico, where the BP Deepwater Horizon disaster released 4.9 million barrels in 2010.

Three sites in Alaska are included in the draft plan: Cook Inlet, Beaufort Sea and Chuckchi Sea. But, with a more fossil-fuel friendly administration coming to Washington, oil companies are looking to exploit even more of the 49th state, including the environmentally-sensitive Arctic National Wildlife Refuge.

All of this runs up against the global carbon budget. A study published in Nature determined that a third of the world’s oil reserves and half of its gas reserves need to stay unused in order to meet the target of 2 degrees Celsius of warming. “We show that development of resources in the Arctic and any increase in unconventional oil production are incommensurate with efforts to limit average global warming to 2 °C,” wrote the London-based researchers.

In support of those finding, the Sierra Club, 350.org, Greenpeace and many other organizations launched the “Keep It in the Ground” campaign to “avoid the worst impacts of climate change.”

“The fact is, oil corporations will have to use increasingly extreme and dangerous methods to get at fossil fuels that no one will need,” Greenpeace researcher Jesse Coleman told EcoWatch. “On top of that, scientists say the climate can’t handle the carbon pollution these extreme extraction projects would produce. Spending capital and resources on these ‘new’ fossil projects doesn’t make sense any way you cut it.”

Methane emissions and other pollutants are also a concern from increased extraction of oil and gas. According to the Texas Observer, “Every hour, natural gas facilities in North Texas’ Barnett Shale region emit thousands of tons of methane—a greenhouse gas at least 20 times more potent than carbon dioxide—and a slate of noxious pollutants such as nitrogen oxides and benzene. The Aliso Canyon leak was big. The Barnett leaks, combined, are even bigger.”

With increased drilling, west Texans may experience more than just increased oil and gas production. A study released in September proved the link between wastewater injection from fracking operations and a series of earthquakes that struck Texas between 2012 and 2013.

“Instead of blindly allowing destructive fracking to continue in our communities, we should extend statewide fracking bans, like the one in New York, and moratoriums, like the one in Maryland, that will keep dirty, climate-polluting fossil fuels like fracked gas in the ground and invest in truly clean, renewable sources of energy that don’t come with the threat of poisoned drinking water and climate disaster,” Michael Brune, executive director of the Sierra Club, concluded.