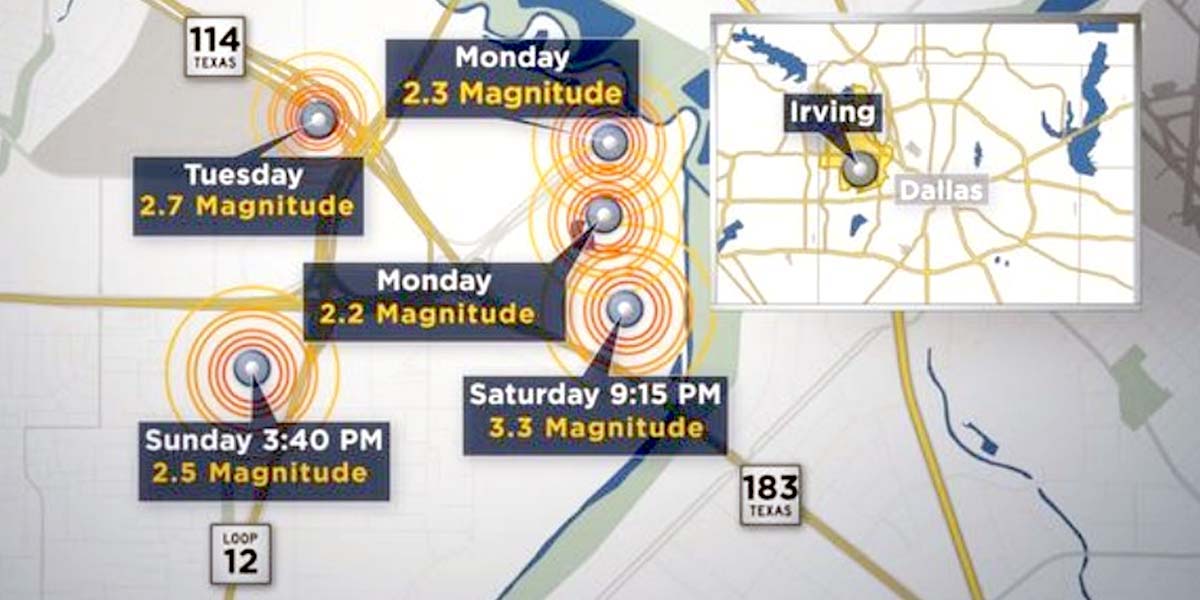 Even though scientists are pretty certain that wastewater injection from fracking and conventional drilling has led to the unprecedented spate of earthquakes rollicking Oklahoma, Texas and other states in recent years. Definitive proof, however, is rare. But now, in a study published Thursday in Science, researchers have fastened another nail in the “man-made earthquakes” coffin. 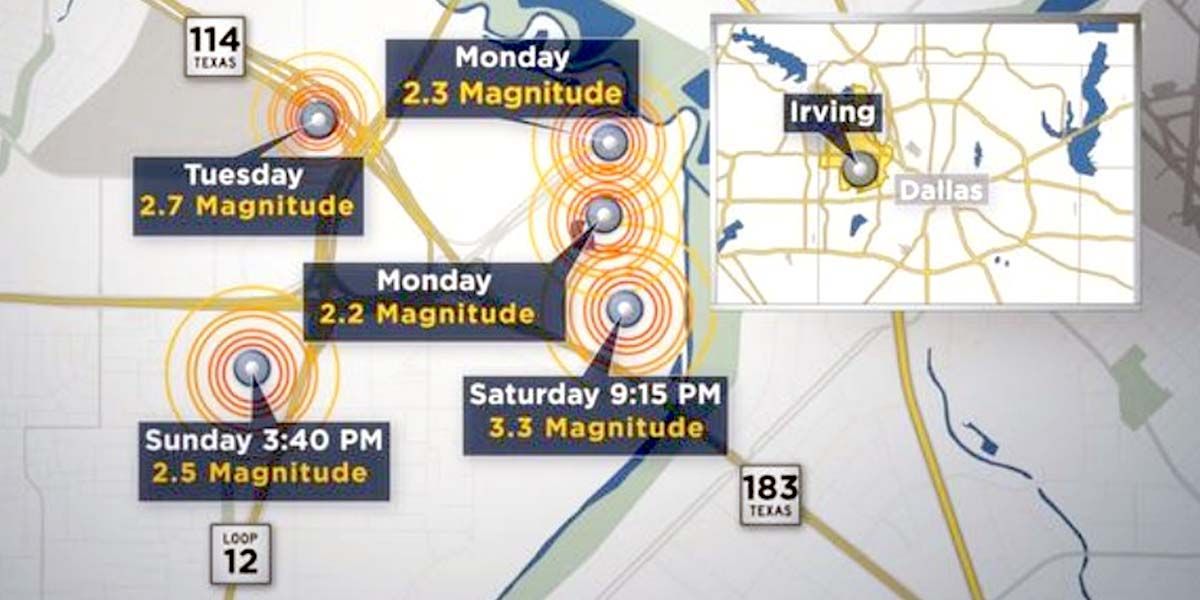 Earthquakes in Texas in November 2014.NBC Dallas-Fort Worth

Using satellite imagery, the researchers found that a series of earthquakes that struck Texas between 2012 and 2013— including the largest-ever quake recorded in eastern Texas—were caused by the injection of large volumes of wastewater from oil and gas activities into deep underground wells.

As Mashable explained from the study:

Wastewater not only puts pressure on underground fault lines, causing “induced” earthquakes, but also pushes up the surface of the ground—a phenomenon called “uplifting” that can be seen from space.

Researchers used satellite images of ground uplifting to show how wastewater disposal in eastern Texas eventually triggered a magnitude-4.8 earthquake in May 2012, the largest earthquake recorded in that half of the Lone Star state.

“Our research is the first to provide an answer to the questions of why some wastewater injection causes earthquakes, where it starts and why it stops,” said study co-author William Ellsworth, a geophysics professor at Stanford’s School of Earth, Energy & Environmental Sciences.

These wells had operated between 2005 and 2007, injecting about 200 million gallons of wastewater annually underground at its peak—or, as Science pointed out, “about an Olympic swimming pool’s worth of wastewater pumped underground each day.”

This uplift, as a result of pumping so much fluid into the ground, caused the terrain between two sets of injection wells to bulge up to 3 millimeters a year on average between May 2007 and November 2010, Science noted. Over time, excess fluids seeped away from the injection point into tiny spaces in surrounding subsurface rocks, boosting water pressure—aka pore pressure. The ever-expanding pore pressure then reached fault zones, thus triggering earthquakes.

As explained in the Stanford press release, the rising pore pressure built up until it triggered earthquakes in 2012 along an ancient fault line. “The quakes ended in late 2013, when pressures began to decline after wastewater injections were scaled back considerably,” it stated.

Fracking has become an increasingly controversial oil and gas extraction method especially due to its briney, chemically laden wastewater byproduct. Every day, two billion gallons of this wastewater is injected into roughly 180,000 disposal wells scattered throughout states such as Texas, California, Oklahoma and Kansas.

Mounting evidence shows that this injecting of wastewater is causing damaging earthquakes in areas that had never seen much seismic activity, especially in Oklahoma, which has surpassed California in becoming the country’s earthquake capital. Just this month, the Sooner State was rocked by a 5.8 earthquake in Pawnee, the largest ever in the state.

Dauntingly, the researchers in the current study found that seismic activity increased even as wastewater injection rates declined because pore pressure from earlier injections continuing to diffuse.

On an industry-positive note, this research presents a new tool to pinpoint which earthquakes are man-made or natural and to even forecast further seismic activity.

Arizona State University geophysicist and study co-author Manoochehr Shirzaei called the findings “very groundbreaking” and “very new,” and explained how this study can, in a sense, make wastewater disposal safer.

“This research opens new possibilities for the operation of wastewater disposal wells in ways that could reduce earthquake hazards,” Shirzaei said. Shirzaei indicated he was neither pro or against fracking.

“So now the goal, the scope of every scientist across the U.S.A., and maybe abroad, is to make that injection safer” by “reducing the number of earthquakes as much as we can,” he said.