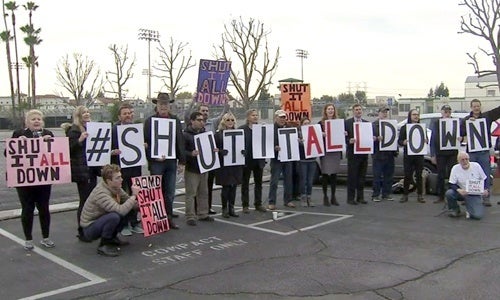 Natural gas is not cleaner than coal.

But thanks to boatloads of advertising and campaign contributions, oil and gas lobbyists has convinced many politicians, including President Obama, that replacing coal with natural gas is a viable way to stave off catastrophic climate change.

But it isn’t. The now-famous Aliso Canyon methane leak, its impacts on thousands of residents of near Porter Ranch and its damage to the climate is just the latest and most public example showing that we need to keep natural gas in the ground, not burn it.

SoCalGas, a division of Sempra Energy, provides natural gas not just to power plants, but to 21 million customers in Southern California. “Now you’re cooking with gas,” is the Bob Hope adage from the 30’s and 40’s as natural gas began to be piped into homes for heating and cooking. To look at it another way, the leaking Aliso Canyon gas storage facility supplies millions of kitchen ovens with the blue flame prized by home chefs.

But to see the true cost of natural gas we need to look beyond the burner.

The environmental and community health damage caused by fracked natural gas extraction is well known at this point, and science is confirming its danger with every new peer-reviewed study.

Californians’ attention turned to the problem of aging pipeline infrastructure in our cities, when a suburban neighborhood in the town of San Bruno was destroyed in a 2010 natural gas pipeline explosion. Then Nathan Phillips at Boston University used gas analyzers to develop 3-D “methane maps” in urban environments, estimating 7-15 percent of global manmade methane pollution could be coming from pipes in cities bringing natural gas to consumers.

Until Aliso Canyon, we weren’t looking at the step in the supply chain before urban pipelines—storage facilities. Refined natural gas has been stored in former oil wells at Aliso Canyon since the 70’s; when the oil wells were emptied, they were repurposed for storage of natural gas. The volcano of methane that is now California’s largest single source of greenhouse gases is coming from a broken well that was last inspected in 1976. The LA Weekly reports that the well’s safety valve was inexplicably removed in 1979. Among the hundred at the facility, other wells also lack safety valves.

There are more than 300 similar facilities around the country. We need to to make sure that we don’t have other climate and health disasters waiting to happen in California and around the U.S. We need:

We’ve already wrapped our heads around a rooftop solar revolution and what it might mean for distributed energy generation rather than big boxes of fossil fuels. Now it’s time to start planning to get rid of the blue flames on our stovetops, water heaters and furnaces. There is an electric or solar electric alternative to every natural gas appliance. We can’t just cut natural gas’s electric cord; we have to cut the pipeline too.