Oil From BP Spill Has Officially Entered the Food Chain 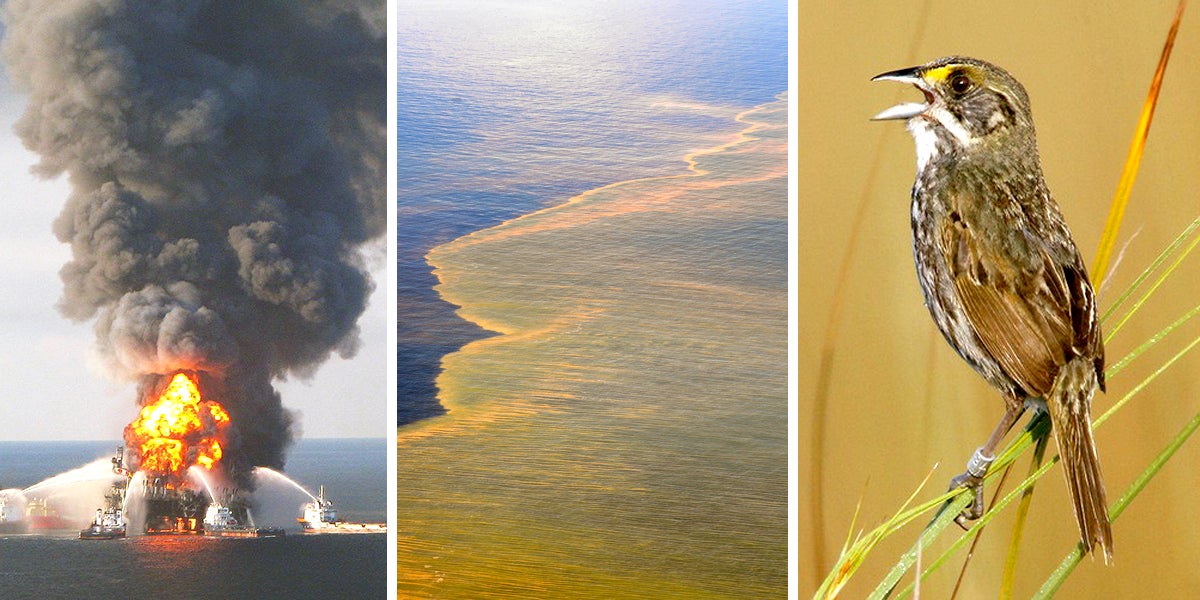 Researchers in Louisiana have found carbon from the BP Deepwater Horizon oil spill in the feathers and digestive tracts of seaside sparrows, proving for the first time that oil from the disastrous 2010 spill has entered the food chain. 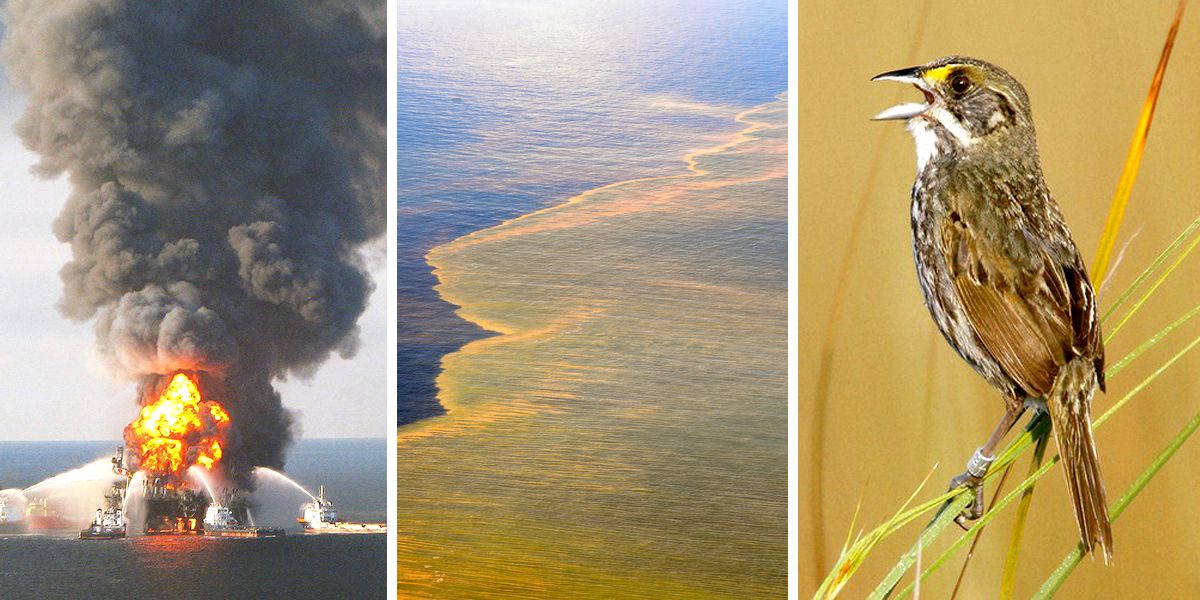 The study, published today in Environmental Research Letters, was conducted by scientists from Louisiana State University and Austin Peay State University in Tennessee. They found oil carbon signatures consistent with the Deepwater Horizon event in each of 10 birds tested.

These marsh-dwelling sparrows inhabit an area known to have been contaminated by the spill. Sediments from the site also tested positive for oil with the same fingerprints as that found in the tested birds.

The Deepwater Horizon accident followed the blowout of the wellhead at the Macondo oil rig and lasted for 87 days. Eleven workers died and 4.9 million barrels of oil flowed into the Gulf of Mexico. It became the largest oil spill in U.S. history and was called the “worst environmental disaster the U.S. has faced” by White House Energy Adviser Carol Browner.

Oil sheens continued to be seen as much as three years after the event. The source of many were never discovered, but the containment dome failed and had to be plugged in 2012.

The first signs of Deepwater Horizon oil were found in blue crab larvae in 2010. Oil likely entered the food chain through zooplankton. A 2012 study found traces of oil in zooplankton impacted by the BP oil spill. 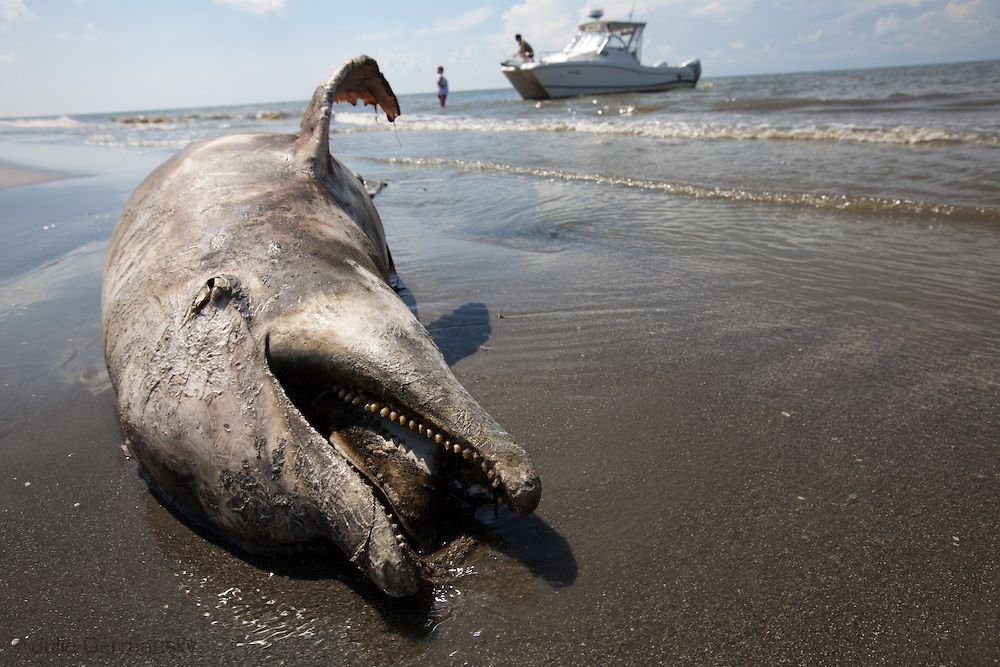 “The things that live on the bottom are very important for different reasons,” Montagna explained. “They serve as food for higher trophic (food chain) levels, particularly for fish and other organisms that come and feed on the bottom sediments.”

“Fish can consume phytoplankton poisoned by oil, fish eat fish and carry on the absorption of toxins, marine mammals and birds eat fish and could potentially carry on toxic properties to other predators,” wrote wildlife biologist Jenna Bardroff in One Green Planet.

Seaside sparrows mostly eat insects, but also consume small crabs and the seeds of cordgrass and saltbush. The small birds can be prey to larger shore birds, snakes or mammals. In previous research, this same population of seaside sparrows was shown to have suffered reproduction problems in the years immediately following the oil spill.

There have been 11,700 reported oil spills in the Gulf of Mexico since Deepwater Horizon. Gulf oil producers lose one gallon of oil for every 20,000 they produce—and they produce 20 billion gallons of crude in the Gulf each year.

A drilling platform owned by Taylor Energy was damaged in 2004 by Hurricane Ivan and has been leaking oil ever since.

In May, Shell leaked 90,000 gallons of oil into the Gulf. The spill was reported by a helicopter pilot who was flying in the area. Monitoring the leak, SkyTruth called the concept of oil spill cleanup “nothing more than a convenient fantasy.” They found that oil spill response vessels often arrive late and fail to fully recover the lost oil.

“Our government is indulging in a troubling fantasy that is eagerly abetted by the oil industry and pro-drilling politicians, dressing up deepwater offshore drilling as a safe operation so they can continue to rubber-stamp permit applications that contain laughable oil-spill response plans,” SkyTruth concluded.