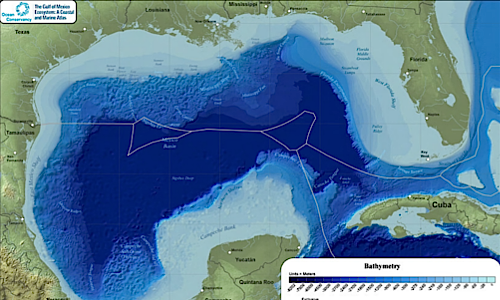 Most images related to the BP Deepwater Horizon oil disaster are of oil floating on the surface of the Gulf of Mexico or washing up on its shores, but what has happened in the deep-sea environment? Dr. Paul Montagna of Texas A&M University-Corpus Christi explores that question. In a recent publication in PLOS ONE, he estimated the size of the deep-sea “footprint” left behind by the BP Deepwater Horizon Macondo well blowout. He has documented severe impacts to bottom-dwelling animals over a nine-square-mile area (equivalent to 4,356 football fields) and moderate impacts within another 57 square miles, an area twice the size of Manhattan. 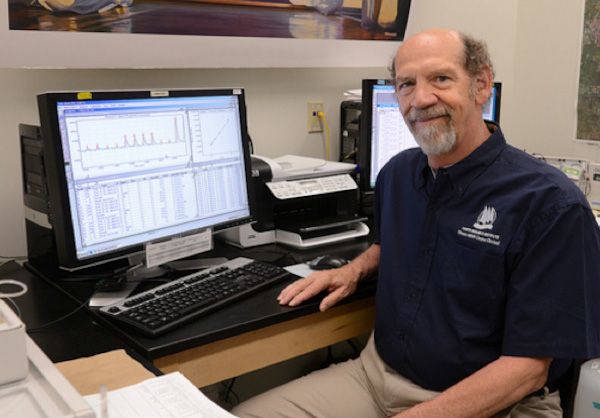 Ocean Conservancy: What do your findings tell us about impacts from the BP oil disaster?

Dr. Montagna: We discovered that oil did reach the bottom, and it did have a very large impact on the organisms that live on the bottom. We could identify a footprint of the oil spill. We saw increased hydrocarbons, increased metals associated with petroleum activity, and reduced diversity and abundance of some key indicator organisms.

OC: What were the specific impacts to organisms?

Dr. M.: The primary one that I focused on is about a 30 percent reduction in diversity in an area about nine square miles around the blowout site. What that means is that the organisms that were sensitive just disappeared.

Dr. M.: Yes, the things that live on the bottom are very important for different reasons. They serve as food for higher trophic (food chain) levels, particularly for fish and other organisms that come and feed on the bottom sediments. Additionally, the deep sea is characterized as a depositional environment. In other words, material is constantly falling on the deep sea. The deep sea is very important in recycling organic matter and generating new nutrients. Deep-sea organisms also play a role in carbon sequestration. In that regard, they are important for helping maintain the climate and productivity of the ocean in general.

OC: How do your findings relate to other deep-sea impacts studies, for example those showing dead or dying coral near the Deepwater Horizon site?

Dr. M.: The key is that both the coral studies and the sediment invertebrate studies that independent researchers have done both show that bottom-dwelling organisms were impacted by the spill. 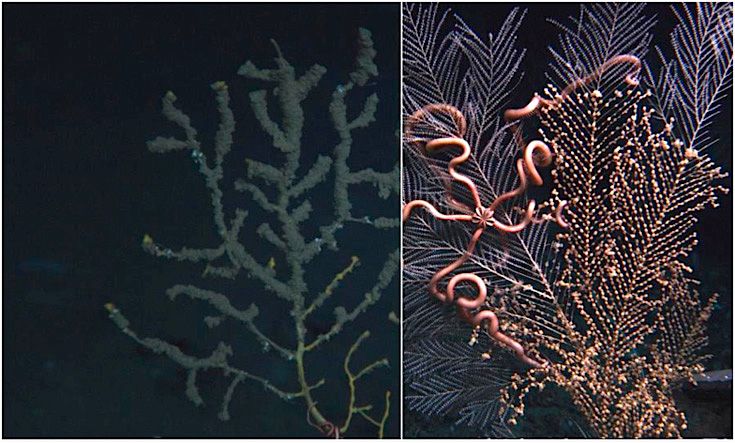 OC: What does recovery mean for this deep-sea environment?

Dr. M.: One interesting thing about the deep sea is that it is uniformly cold. The entire deep sea is about the same temperature as a refrigerator, it is about 4 to 5 degrees Celsius [39 to 41 degrees Fahrenheit]. You know we put things in a refrigerator so they don’t degrade. Through my own past studies and other work, we know that metabolic rates in this environment are ridiculously slow, so I would imagine that any oil that wound up on the bottom is going to be around for quite a while. It is entirely possible for it to take a very, very long time for recovery to occur via natural degradation. Another way the deep-sea environment could recover would be through deposition: in other words, the oil just gets naturally buried. That is something we definitely want to be able to look at in the future.

OC: Are you still collecting samples?

Dr. M.: We collected samples in June of 2011, and we’re working on those right now. They will tell us a little about change through time. We’re considering going back out in the summer of 2014.

OC: Is there uniform coldness below a certain depth?

Dr. M.: The depth doesn’t matter; it relates to the density. Seawater is most dense at about four degrees Celsius, so that is why that water sinks. And once it gets to the deepest parts of the ocean, it kind of just sits there.

OC: How should we define the deep sea for this blog?

Dr. M.: Two ways: In the Gulf of Mexico, it is below about 200 to 300 meters, or say, beyond the edge of the continental shelf. It might be best to include both descriptors because the shelf break occurs at different distances from shore and different depths in different places.

OC: What can we do to restore, or compensate for injury in, the deep-sea benthic environment?

Dr. M.: This has to be one of the most challenging things about the situation. We have never had an accident of this scale and scope in the deep sea before, and the deep sea is difficult to work in because it is largely inaccessible. There is a real concern about what we can and should do for restoration. Under the state and federal Natural Resource Damage Assessment laws and regulations and restoration planning process, we are required to restore natural resources. I’m not sure that the types and amounts of restoration have been determined yet. I think there are several possibilities.

One option would be primary restoration of resources in place. Another option is compensatory restoration in other places; in other words, do something somewhere else to try and mitigate impacts. The third alternative may be some habitat creation or restoration projects; it may be possible to create some artificial habitats offshore. Since deposition will occur over time, it could be a matter of waiting. However, how long this will take I don’t know. 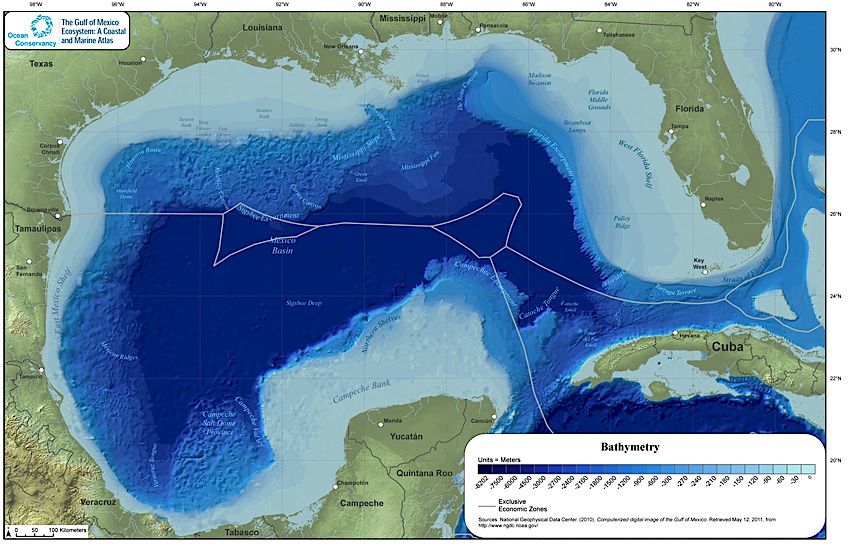 OC: Do we also need additional research to help develop strategies and policies that can effectively promote and maintain the productivity and health of the Gulf ecosystems you study? What is highest on your list of research that still needs to be done? And how critical is this scientific work to the future of the Gulf and the communities that depend on it for their livelihoods.

Dr. M.: Although deep-sea studies have been going on for many decades, we still don’t know some fundamental facts. Because it is so expensive to do deep-sea research, we haven’t sampled the same locations at different times, so we know little about how communities change over seasons, years or decades. Biodiversity of the deep-sea is large, yet we have identified very few of the species that are new to science. So, classical systematic studies are critical to improve our understanding of diversity.

There are still some unanswered questions in the shallow regions. Coastal restoration projects are an experimental manipulation of the environment, yet we seldom collect sufficient data after a project to learn from our experiences, so I think we should require extensive follow-up studies to improve our abilities to restore the coast. I also have a concern about known biodiversity and productivity hot spots, such as areas where there are bottom features such as pinnacles and reefs.

The Gulf is “America’s Sea” with many, many users. There will always be competing interests, so we need a fuller understanding of the Gulf’s bounty and how to manage its resources to benefit future generations.